by Will Betts
SoundtrapSpotify
#DAWs
News

Soundtrap for Storytellers is a browser-based podcasting studio

Edit audio like a text document and publish directly to Spotify. 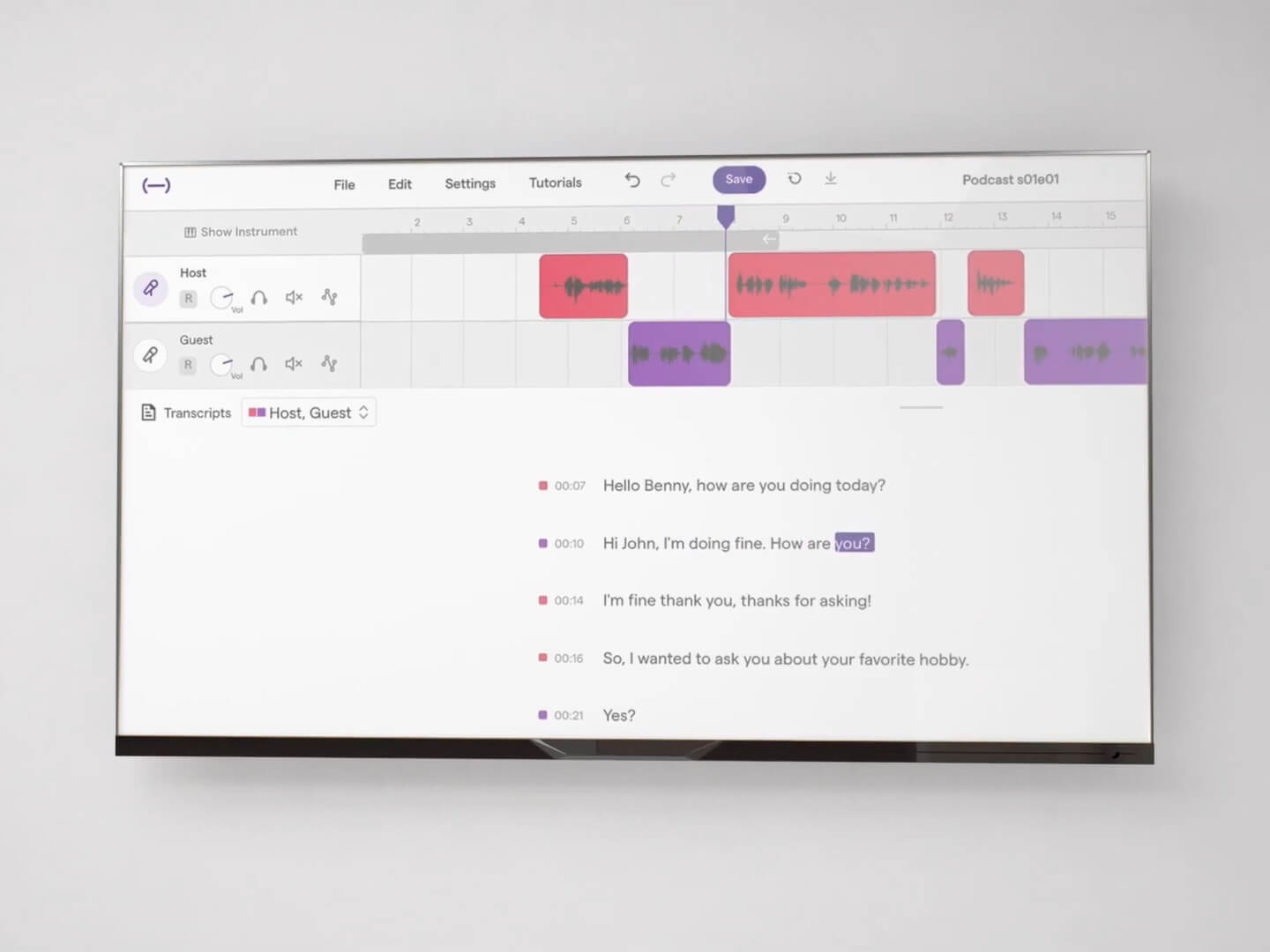 Soundtrap, the online music-centric DAW owned by Spotify, has announced a new offering aimed at podcasters. The new service, Soundtrap for Storytellers, exists in the same ecosystem as the original Soundtrap but has features such as auto-transcription and direct upload to Spotify.

The auto-transcription feature is unique in the world of online DAWs. Impressively, cutting the text in the transcript also makes corresponding edits in the audio, a function that has the potential to greatly reduce podcast editing times.

Of course, auto-transcription is nothing new – Google and Amazon both have this tech as part of YouTube and AWS respectively. And text-based audio editing has been around for some time in Sony’s Reportex platform for journalists and podcasters. However, at $14.99 per month, including eight hours of auto-transcription, Soundtrap is less than half the price of Sony’s offering. And, having this functionality within an online DAW could significantly reduce podcast editing times.

Soundtrap for Storytellers also has collaboration tools built in, allowing you to video call a guest and record their audio directly into your project without them even needing an account. It also includes direct publishing to Spotify.

MT’s brief test demonstrated that the transcription was certainly accurate enough to speed up editing, but issues with latency made monitoring a little off-putting.

The announcement follows several other moves by Spotify to make podcasting a priority. These include the recent acquisition of mobile-based podcast creation and distribution app Anchor and podcast content powerhouse Gimlet Media.

Learn more about the new service in the video below:

Soundtrap for Storytellers is available for $14.99 per month on a month-to-month contract ($11.99 per month if paid annually). More information on soundtrap.com.