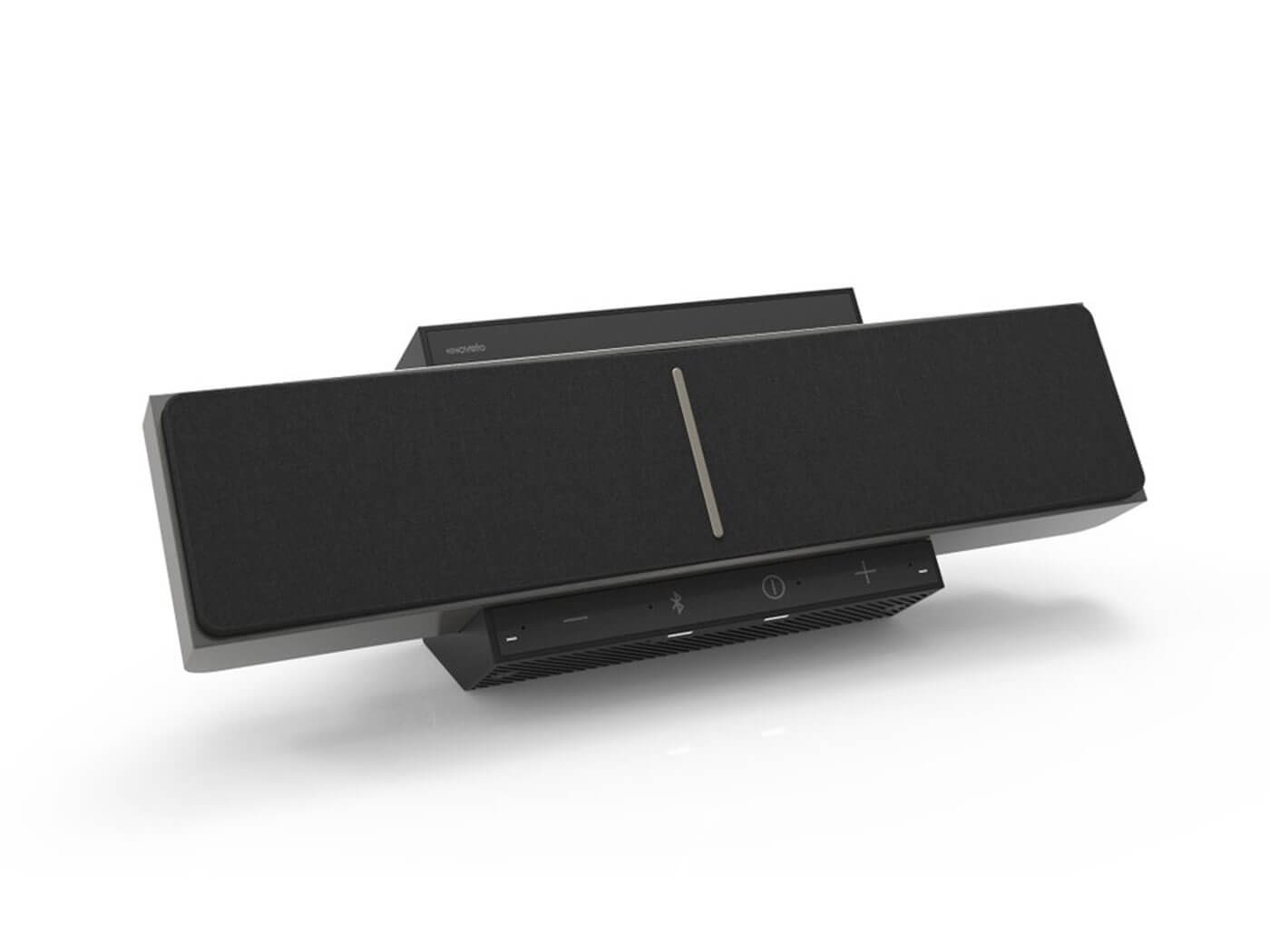 A new smart speaker from Israeli startup Noveto is being touted as “invisible headphones” that beam 3D audio directly to your ears. SoundBeamer 1.0 connects to your devices using Bluetooth and keeps your audio personal, so the loudspeaker’s output won’t disturb anyone nearby. It may sound far-fetched, but Noveto is adamant that this product is a revolution in audio.

SoundBeamer is equipped with a variety of modern tech, including voice recognition, ambient sound analysis and AI recognition for voice, facial and gesture recognition. It’s designed for a range of applications, such as music and podcast listening, video conferences, playing video games and even home fitness.

The speaker works by using AI to track the position of your ears in real-time, then pushes acoustic waves directly to your ears, according to Noveto. SoundBeamer uses Noveto’s Transducer Array to generate ultrasonic waves, creating pockets of sound outside your ears, projecting audible sound. Noveto says that as you move your head, the pockets of sound follow your ears.

With this direct projection of audio, nearby people won’t be able to hear what you’re listening to – not at full volume, at least. SoundBeamer has a -20dB attenuation at a one-metre distance, so that “if someone talks to you normally over a video call, someone one metre next to you will only hear a whisper”, according to Noveto. By contrast, a regular speaker would attenuate the signal by 3dB.

SoundBeamer is said to be capable of creating immersive audio experiences, too, with 3D audio transmitted directly to you. This could let you experience a movie at home in supreme immersion while someone in the same room can quietly read a book.

Ramstein also mentioned that, although SoundBeamers is primed for a single listener, a second version could be on the horizon to cater for multiple listeners at once.

SoundBeamer is starting its initial preorder phase on Kickstarter, with early backers getting their hands on one for a $345 pledge. The full retail price of SoundBeamer will be $595, slated for a December 2021 release. Noveto has partnered with Apple’s iPhone manufacturing partner Foxconn to manufacture the speaker.

A similar device, Holosonics’ Audio Spotlight, creates a beam of sound that is controlled like a beam of light. “Aim the speaker at your desired listening area to keep sound focused specifically to your listeners and quiet everywhere else”, the company’s website says.

If SoundBeamer is as intuitive as we’re being told it is, this would obviously be a huge step forward in audio tech. Due to audio transmission via Bluetooth, it wouldn’t be able to achieve lossless audio for professional use-cases, but it could be an amazing device for casual listening and media playback.