The samples were recorded at Konk Studios, owned by Ray Davies of The Kinks 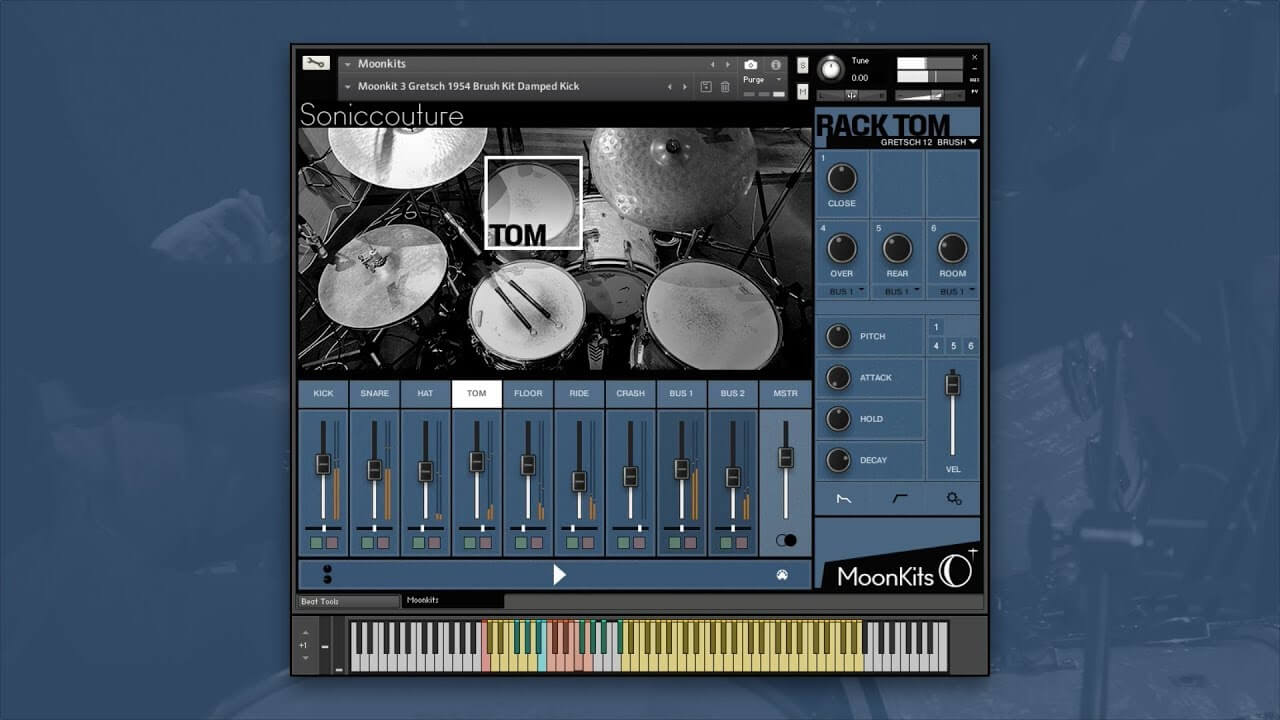 Soniccouture’s new Kontakt instrument, Moonkit, features five drum kits, with brushes, rods and mallets, packed with 80 preset kits that are mixed and ready for use. The goal for Moonkits is “to explore the softer side of the drumkit”, according to the brand.

Although the instrument features brushes, the drum kits can be applied to more styles than just jazz – rods, mallets, tea sticks and more are available for mellowing the attack of the drum hits and allowing the texture to play out. Soniccouture Moonkits was recorded with extra detail and at low velocities, for a touch and feel that goes beyond the scope of just loud drum hits.

You can select individual kit pieces from the available drum sets to create a custom kit, with up to six mic channels per drum. Pitch, envelope and filter controls are on offer, with a mixer to control levels and mute or solo each channel.

The recordings took place at Konk Studios in North London, which was founded by Ray Davies of The Kinks, who still owns the studio today. The room has been home to recordings from The Stone Roses, Massive Attack, Portishead, Al Green, The Kinks, Arctic Monkeys and many more. The studio boasts a custom Neve Console with 1095 EQs, bought from Utopia Studios in 1974 after it had been used to record classic works, such as The Wall by Pink Floyd.

Soniccouture Moonkits is a Kontakt Player instrument, so you won’t need the full version of Native Instrument’s Kontakt to use it; you can get the free plug-in from Native Instruments here. Moonkits costs €104.30 to download until 15 November, at which point the price moves up to €149.

Find out more at soniccouture.com