Roland’s 1984 six-voice subtractive synth is, once again, available as a plug-in. 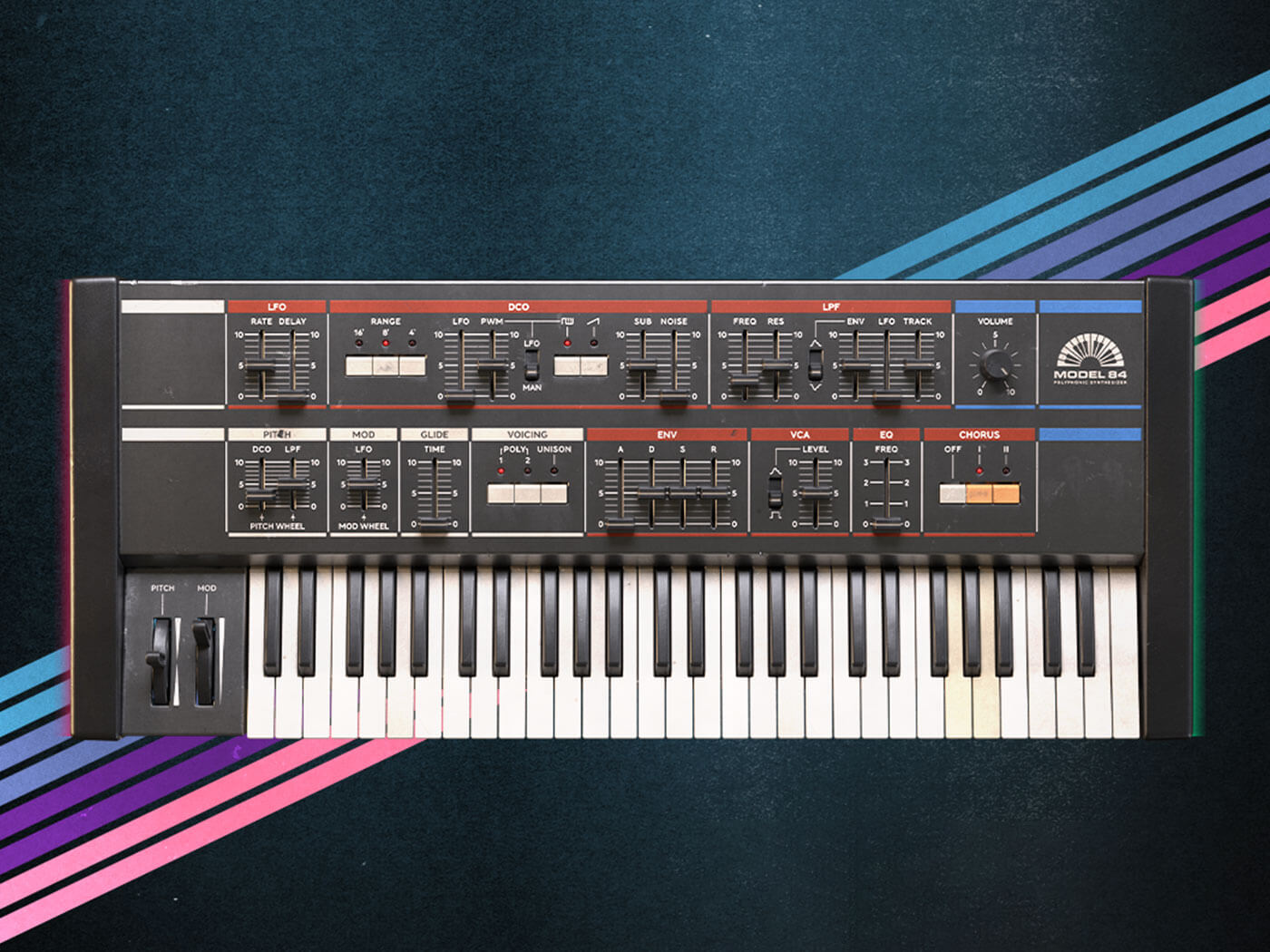 Softube has added to its ever-growing lineup of software emulations with the Model 84 Polyphonic Synthesizer. The new plug-in is inspired by Roland’s Juno-106, a six-voice polysynth that was a stalwart of the 80s, and is still favoured by many producers today.

The Swedish software developer says that this plug-in goes beyond just recreating the sound of the Juno-106. Thanks to circuit-modelling down to the component level, “every trick and trait of the original hardware” can be accessed in this software revival, according to Softube. Plus, to bring it into 2021, a few new features have been included.

Check out some of the sounds below.

Softube’s Model 84 features the same factory presets found in the original hardware, “expertly recreated” by the Softube team. These presets allow you to play some of the classic sounds that can be heard on tracks from the 80s through to today. A range of new artist presets are included, too, to offer modern synthwave sounds.

You’ll have access to the iconic, sought-after stereo chorus effect that has made its way onto countless tracks, with a four-preset EQ to shape the sound. Softube’s recreation of the unison phase feature lets you assign all six voices to one note for even thicker synth sounds. The classic low-pass filter is included with envelope, LFO and keyboard tracking, along with the resonance control.

For more expressive performances, the pitch and modulation wheels can be modified to define the amount to which both parameters can be manipulated with your MIDI controller. The wheels can be set to alter pitch, filter and vibrato settings. Velocity and aftertouch are also included in the plug-in.

Three versions of Softube’s Model 84 exist: the Model 84 Instrument; Model 84 Chorus module for Softube’s Amp Room; and seven Model 84 modules for Softube Modular. The Softube Modular version lets you integrate different elements of Model 84 into your Eurorack setup, while the Amp Room module can be used to apply the legendary chorus effect to your guitars and bass.

Of course, Softube’s plug-in reimagination of the 1984 classic is certainly not the first. Roland has its own Juno-106 plug-in available via Roland Cloud, which requires a subscription to the service or a Lifetime Key purchase of $149. Cherry Audio has a more affordable option in the DCO-106 at just $25. We look forward to putting Softube’s version to the test and seeing how it compares.

Earlier in 2021, we reviewed Softube’s Model 72, a reimagination of the Moog Minimoog Model D synth, praising its convincing sound. Read the review here.

Softube’s Model 84 Polyphonic Synthesizer is available now at an introductory price of €99, moving up to €159 in due course. You can learn more about the soft synth at softube.com.