Crank up the Drive and Dirt for instant vintage tones, from “Elvis to King Tubby to Radiohead” 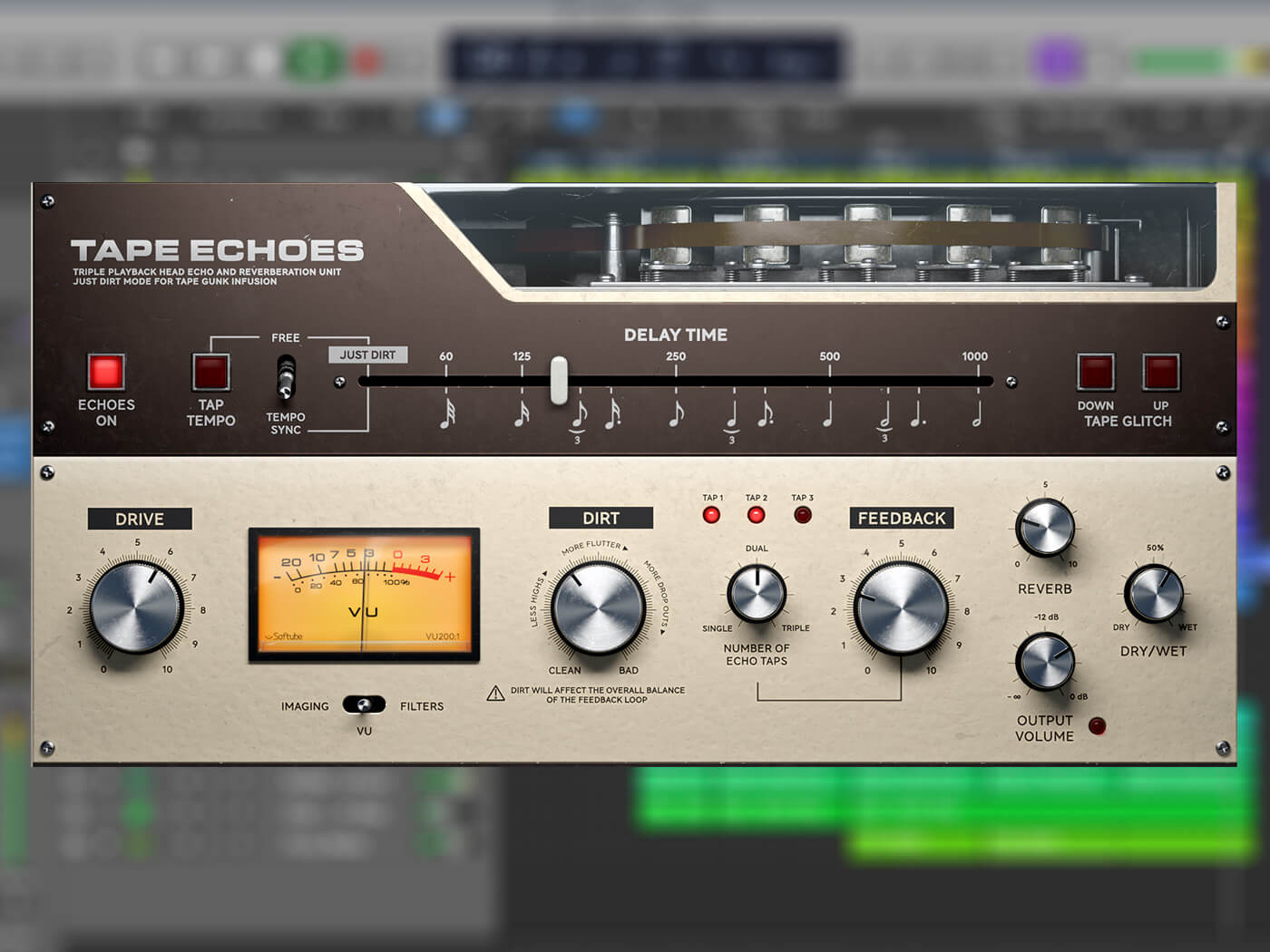 Softube has released Tape Echoes, a new plug-in that models the sound and behaviour of a vintage tape delay.

Tape Echoes enables you to apply wow, flutter, drop-outs and more tape delay characteristics to your sounds, in a simple GUI that oozes ‘old-school’. Classic, clean sounds can be achieved, too, but there is plenty on offer for producers looking to inject lo-fi flavours into their music.

Drive and Dirt are two of the main parameters, occupying two large knobs on either side of the VU meter. According to Softube, these two features allow you to “achieve as much wobbly, glitchy, distorted delay as desired”. The Just Dirt setting on the delay time slider will instantly reduce a high-definition part into a gritty lo-fi texture, without creating any delay lines.

Softube says that Tape Echoes can quickly deliver vintage tones that can be “heard on records from Elvis to King Tubby to Radiohead – or to take the effect to radical new fronts”. The plug-in features Tape Glitch buttons, a one-knob reverb, feedback knob, tap feedback, dry/wet knob, up to 1,000ms of delay time, and tempo syncing options.

Tape Echoes is available in Softube Amp Room and Modular, as well as a native plug-in as VST, VST3, AU and AAX format. It’s available now for €99 to new Softube customers, and potentially at a discounted price for existing customers. A free trial is also available to try out Tape Echoes.