The synth’s concept is inspired by optical soundtracks and the method of printing sound onto film, a technique dating back to the 1920s. 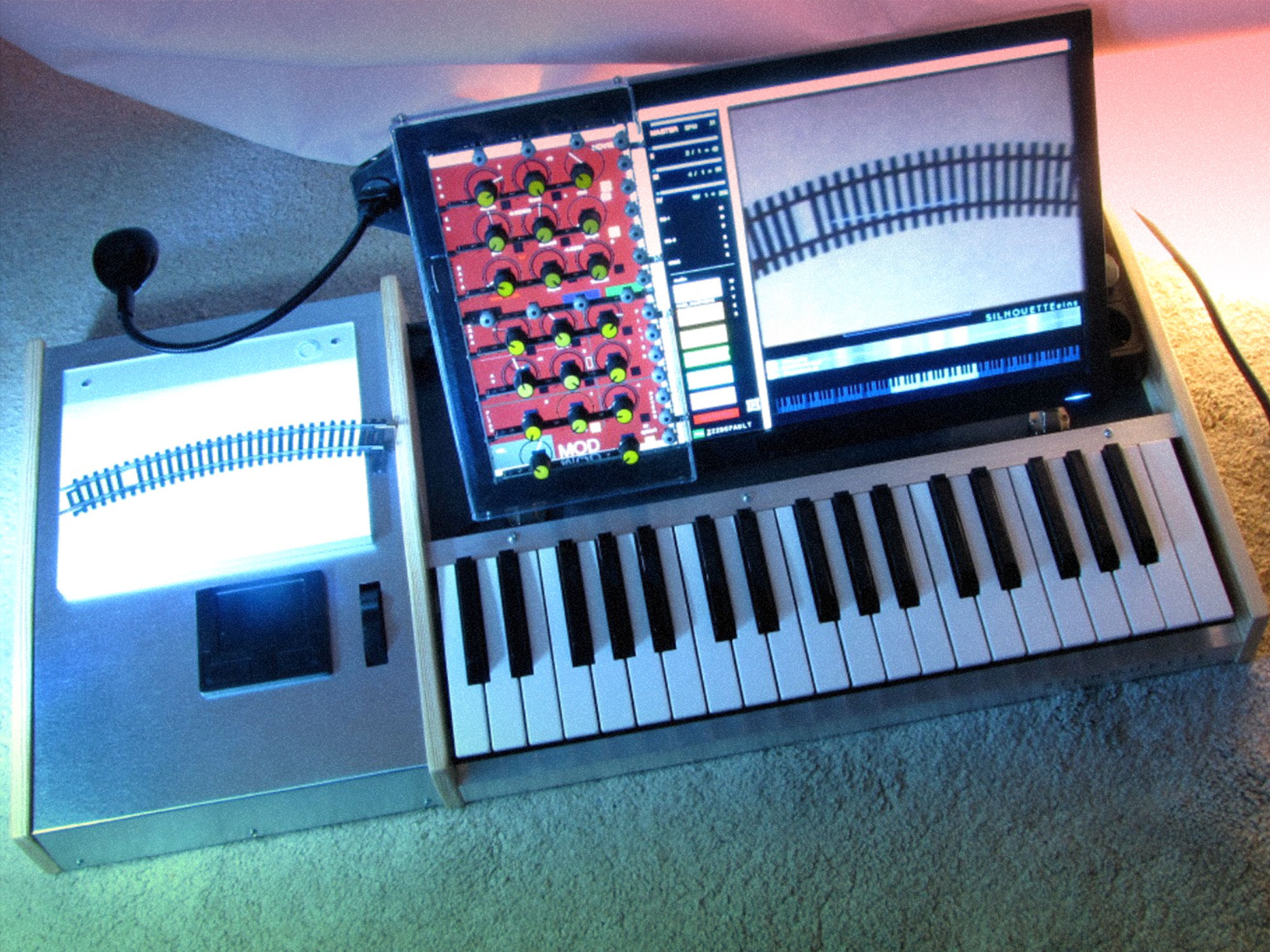 Beyond new releases and announcements from some of the biggest names in synthesis, we can always count on Superbooth to pull back the curtain on some wild innovations and one-of-a-kind inventions. One such creation is the Silhouette Eins Optical Synthesizer, a light-sensitive synthesizer that creates sound in real-time with stimulus from shapes, images and even movies.

The Silhouette Eins’ interface consists of a keyboard and an on-monitor Plexiglass hardware controller, with 20 potentiometers and 21 buttons across four software pages. Next to this is a light table upon which objects, limbs or just about anything else can be placed as stimuli for the instrument’s engine.

The synth harks back to a method dating from the 1920s, by which sound would be recorded onto 35mm and 60mm film with optical soundtracks in the form of waves. The Silhouette Eins’ inventor Pit Przygodda says he began to see the potential in the idea while studying experimental film at HFBK University Of Fine Arts Hamburg and conducting experiments with optical soundtracks in the 1990s. From there he began to conceive of a software alternative for the process, and first appeared at Superbooth 2016 with an early iteration of the instrument, called the Videovox.

“I always thought [of the optical soundtrack method], that’s a great synthesizer!” said Przygodda, who then set about working out a way for that process to happen in real time. The result is a relatively compact, highly impressive instrument that can produce a vast range of analogue, wavetable and FM-style sounds.

Check out the Silhouette Eins Optical Synthesizer performing Dove Dance below, using only a moving image of a dove to generate its sounds:

The Silhouette Eins is available to order now, with a price of €3800 and a lead time of up to three months. For more information or to make a purchase request, head to silhouette-synthesizer.de