Sensel’s free Max For Live device, Spectral Shiatsu, changes how you work with time and sound

Designed for the Morph controller, the effect lets you “massage your way through a sound” 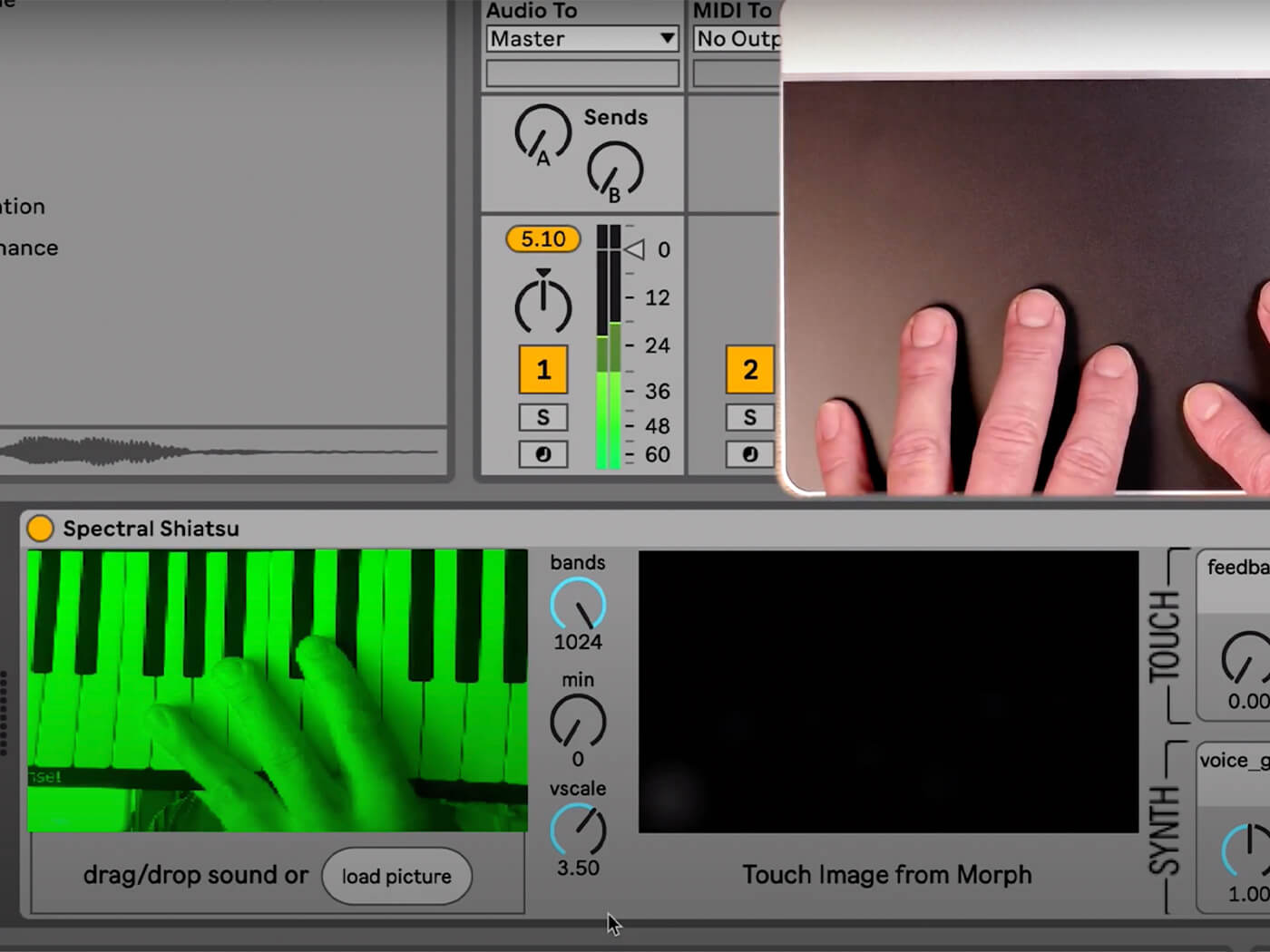 Sensel, the developer best known for its Morph controller, has released Spectral Shiatsu, a free Max For Live plug-in that triggers sounds in a novel way.

Spectral Shiatsu analyses any sound or image that you load into it, creating a map of all the frequencies and their amplitude over time. The resulting sonograph can be used to reveal and play elements of the sound from any time in the recording, either by touching and pressing on a connected Sensel Morph or your mouse. Sensel says this enables you to “massage your way around a sound”, revealing more of the sound by pressing harder or gently play a fragment of it.

Triggering loops with Sensel Shiatsu is unlike other launching instruments. It doesn’t launch specific notes or loops, but instead allows you to create short loops based on the frequency information on the sonograph. Check out a demo of the plug-in below.

“Computers have millions of ways to manipulate sounds. Spectral Shiatsu and the Sensel Morph let us explore some of these with our hands,” said Sensel product strategist and Morph frontman Peter Nyboer. “Artists and designers are all quite familiar with ‘massaging’ and ‘teasing’ their work, so we found a way to make this metaphor literal. You will definitely uncover some really unusual sonic textures, possibly even learning something about the nature of time and sound.”

To get hands-on with Spectral Shiatsu, download and install the Max For Live device and load it onto a MIDI track in Live. Then, drag sounds from your library onto the device to analyse and play with them. According to Sensel, the plug-in is an “experimental release”, meaning that there are some “quirks and complex calculations involved, so it can be heavy on the CPU.”

Sensel has created a full tutorial of Spectral Shiatsu, which you can view below.