ROLI Studio is now open to download, even without Blocks or Seaboard 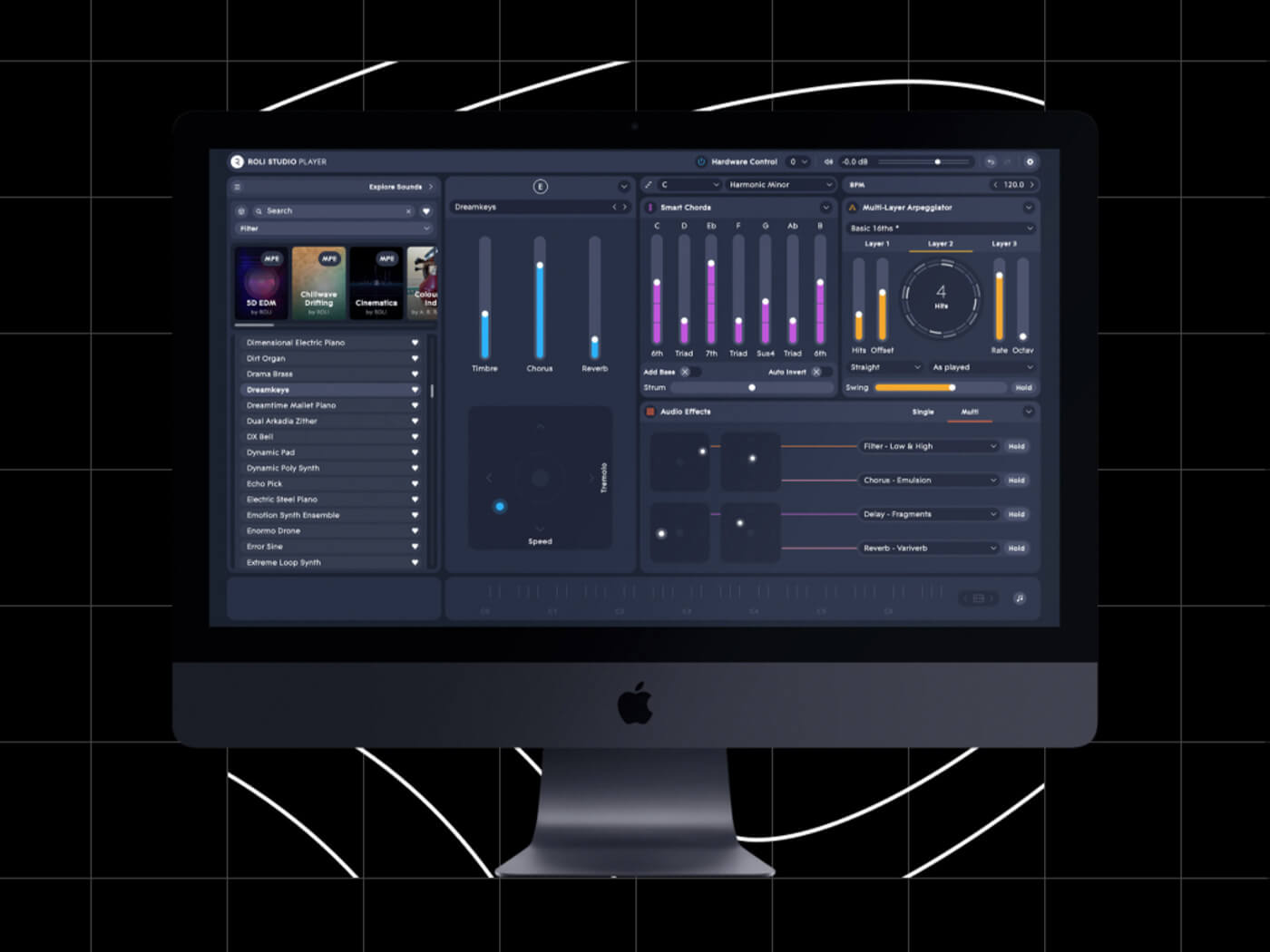 ROLI Studio is now open to download – even without the company’s Seaboard or Blocks controllers. Initially offered to owners of ROLI’s MIDI-polyphonic expression (MPE) controllers, music makers will now find the software compatible with third-party controllers.

ROLI Studio Player offers music makers a plethora of sounds, with software synth engines such as ROLI’s own Equator to FXpansion’s Cypher 2 and Strobe2, which come preloaded with hundreds of presets for both MPE and standard MIDI.

It also offers some composition tools like a multi-layered arpeggiator and Smart Chords, which streamlines chord harmony to a set of sliders that introduce various chord degrees – making it easy to form complex chords.

Granted, ROLI Studio is still optimised to work with the company’s MPE controllers, but this could still be a valuable addition to a writing setup, especially for its numerous synth presets.

ROLI Studio usually sells at $99. But until 30 April, you can take 20% off by entering the coupon code STUDIO20 at checkout.