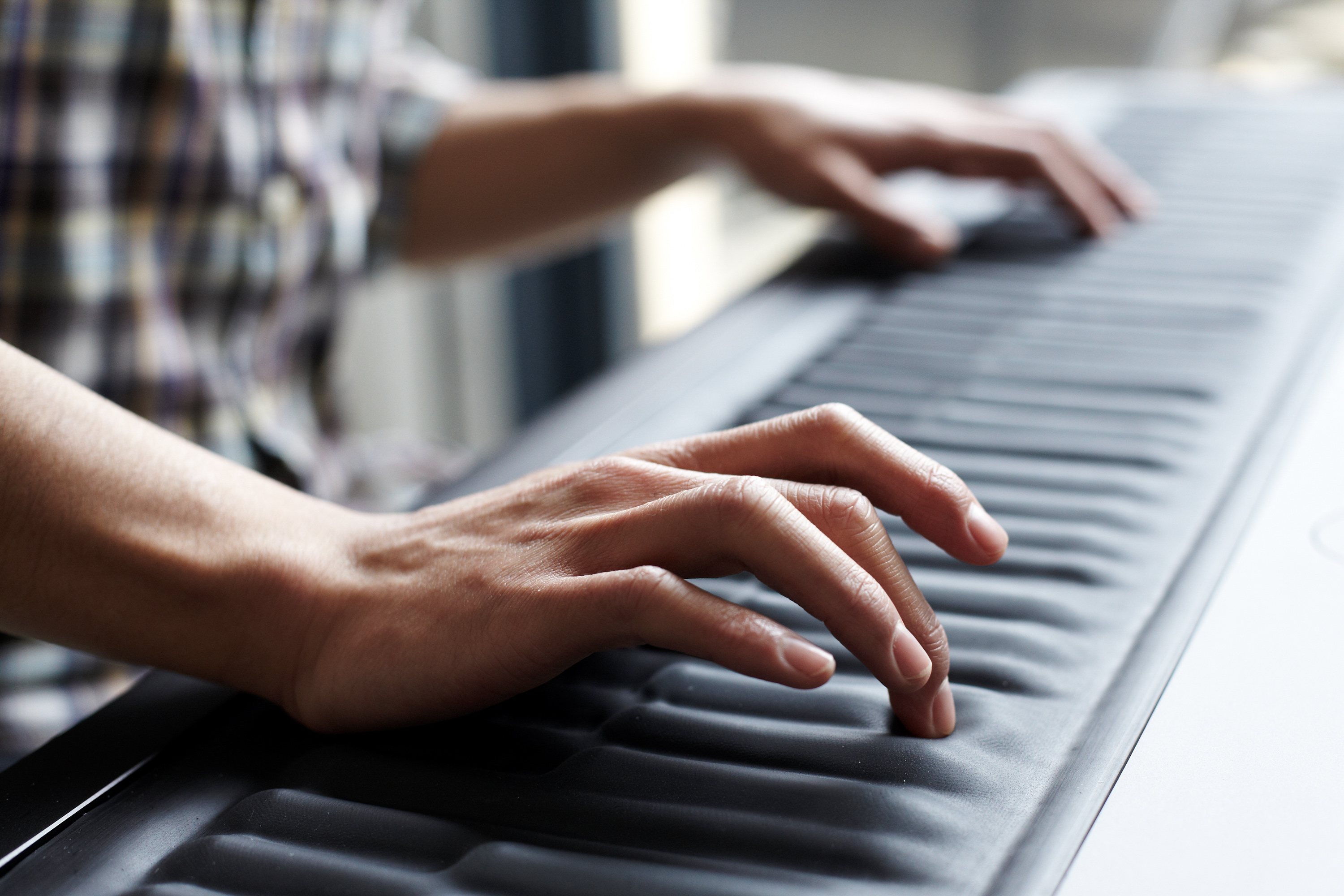 Music tech manufacturer ROLI has shared a video of a “re-imagined and re-engineered” Seaboard. The new mystery product will arrive in March 2022, supposedly “better than ever before,” according to the brand.

READ MORE: As ROLI winds up, what happens next?

The upcoming Seaboard product will be the first since 2017’s ROLI Seaboard Block – just before the Pharell Williams-backed company shifted its focus to its LUMI keyboard.

Details are incredibly scarce for the new Seaboard, with the video revealing mere glimpses of the sleek keyboard. However, ROLI has set up a dedicated webpage for the upcoming product, allowing you to sign up to “Join the reveal”.

The page reads: “An iconic instrument that revolutionized music making forever. Now reimagined, refined and re-engineered for infinite musical expression. Sign up to be the first to experience the next generation of Seaboard.”

Check out the video below.

Seaboard made waves in the music industry after its initial release in 2013 as Seaboard GRAND. The MIDI keyboard was one of the first instruments to implement MPE (MIDI Polyphonic Expression), which allows players to manipulate the sonic properties of a virtual instrument in real-time. These could be parameters like filter cutoff, amplitude, and pitch, performed with gestures such as strike, glide and press.

Seaboard GRAND’s siblings, the Seaboard RISE and Seaboard BLOCKS followed suit with MPE implementation and were both met with critical acclaim.

The new Seaboard may come as a surprise to many; on 3 September 2021, ROLI filed for bankruptcy and transitioned into Luminary, a brand aimed at entry-level musicians. LUMI was the brand’s new flagship product although, upon the declaration of bankruptcy, ROLI confirmed that existing software would receive continued support.

Sign up for alerts on the new ROLI Seaboard at roli.com