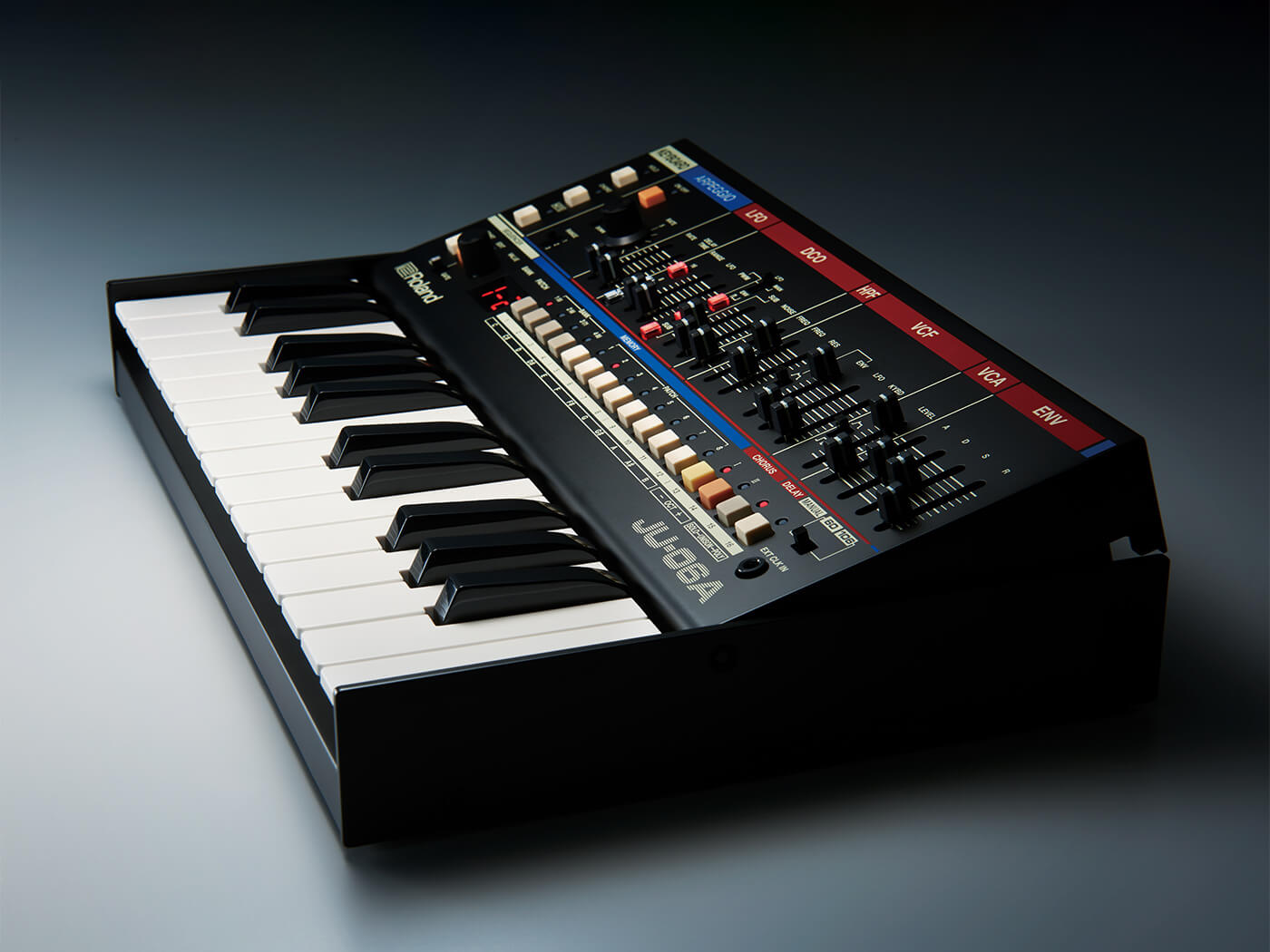 As part of their 909 Day celebrations, and in addition to the Fantom, Jupiter-X and MC Groovebox announcement, Roland has revealed a new four-voice Boutique module, the JU-06A.

Not to be confused with the JU-06, the JU-06A is a brand new battery-powered Boutique module that incorporates the sounds of both Juno-60 and Juno-106 synths.

The synth has two different modes, letting you switch between the filter behaviour of the 106 and 60. It also offers the 106’s continuously variable high-pass filter and the Juno 60’s much-lauded envelope-controllable PWM sound.

The Juno chorus is present too – three modes are available – along with delay. Meanwhile, arpeggio, sequencer and chord memory round out the playing features.

Having played the new JU-06A a little at a recent Roland preview event, what’s striking is the less cluttered interface which has been made possible by removing the oft-maligned touch strips of its predecessor.

That does mean that when used with the clip-on K-25m keyboard dock, there are no pitch or mod controls available out of the box. However, these can easily be accessed if you have an external keyboard controller because the JU-06A sports full-sized MIDI I/O on five-pin DIN connectors. A new trigger 1/8th-inch input also allows you to sync to Eurorack or Roland’s Boutique drum machines.

We’ll bring you a full review as soon as we’ve had a bit more time with it. Until then, listen to how the JU-06A sounds here:

The Roland JU-06A will be available this month for $399 (without keyboard). More information at roland.com.