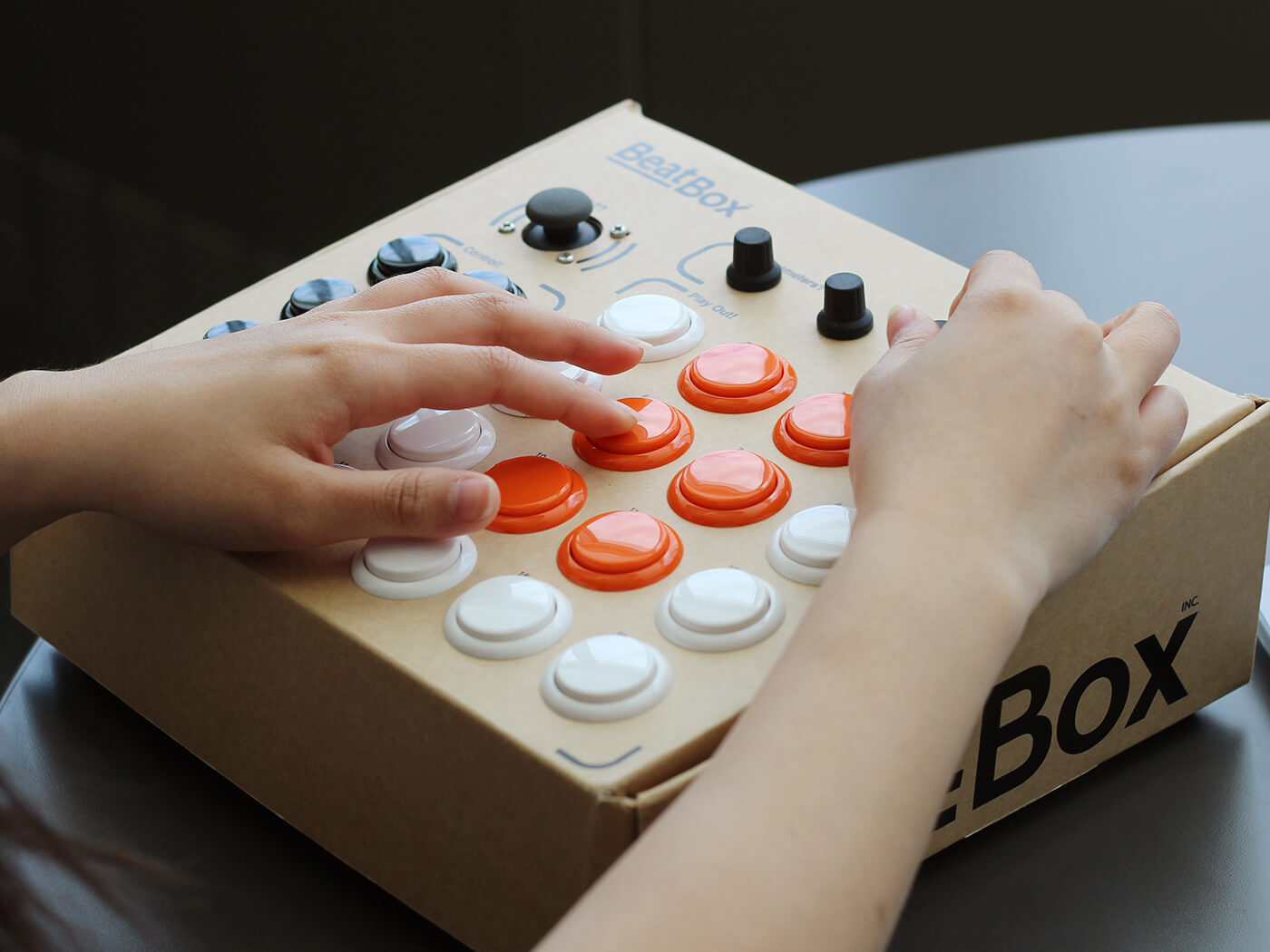 BeatBox is a DIY drum machine created by Rhythmo, an Austin-based startup founded by developer Ethan Jin. He first drew up the idea for this inexpensive cardboard unit in 2017, and is planning to launch the product on Kickstarter next month.

What’s unique about BeatBox is its DIY format. While its specs have not been confirmed, it looks as if you’ll have to assemble the drum machine from scratch. The device’s components include a cardboard enclosure, 16 arcade-style buttons, an X/Y joystick, four parameter knobs, eight controller buttons and two built-in speakers.

A companion smartphone app provides users with sound packs and detailed tutorials on how to operate the Beatbox. Users can also load up samples from either their local or cloud storage, edit/rearrange the samples, arrange a track with the built-in 16-step sequencer, mix audio between four channels per project or create a quick loop with the four-layer looper function.

The Beatbox is fully MIDI-mappable and comes with a few built-in MIDI settings for popular DAWs. While the Beatbox is compatible with most third-party DAWs for recording, users can also choose to record via the companion app if they’d prefer. Rhythmo is currently working on a controller editor software that will allow users to come up with a firmware MIDI setting to streamline workflow.

According to Rhythmo, it should take you approximately an hour to put Beatbox together. The brand adds that while the assembly process is intended to be fun, it also helps teach practical STEAM (Science, Technology, Engineering, Arts and Maths) concepts.

Here’s a snippet of BeatBox’s sounds:

The Rhythmo Beatbox campaign is now available for backing starting from $129 on Kickstarter and Indiegogo. For more information, click here.