Revoice Pro 4.2 is released, offering a host of new features

Automatic Scale Detection, warp and pitch editing improvements and formant shifting are included in the update. 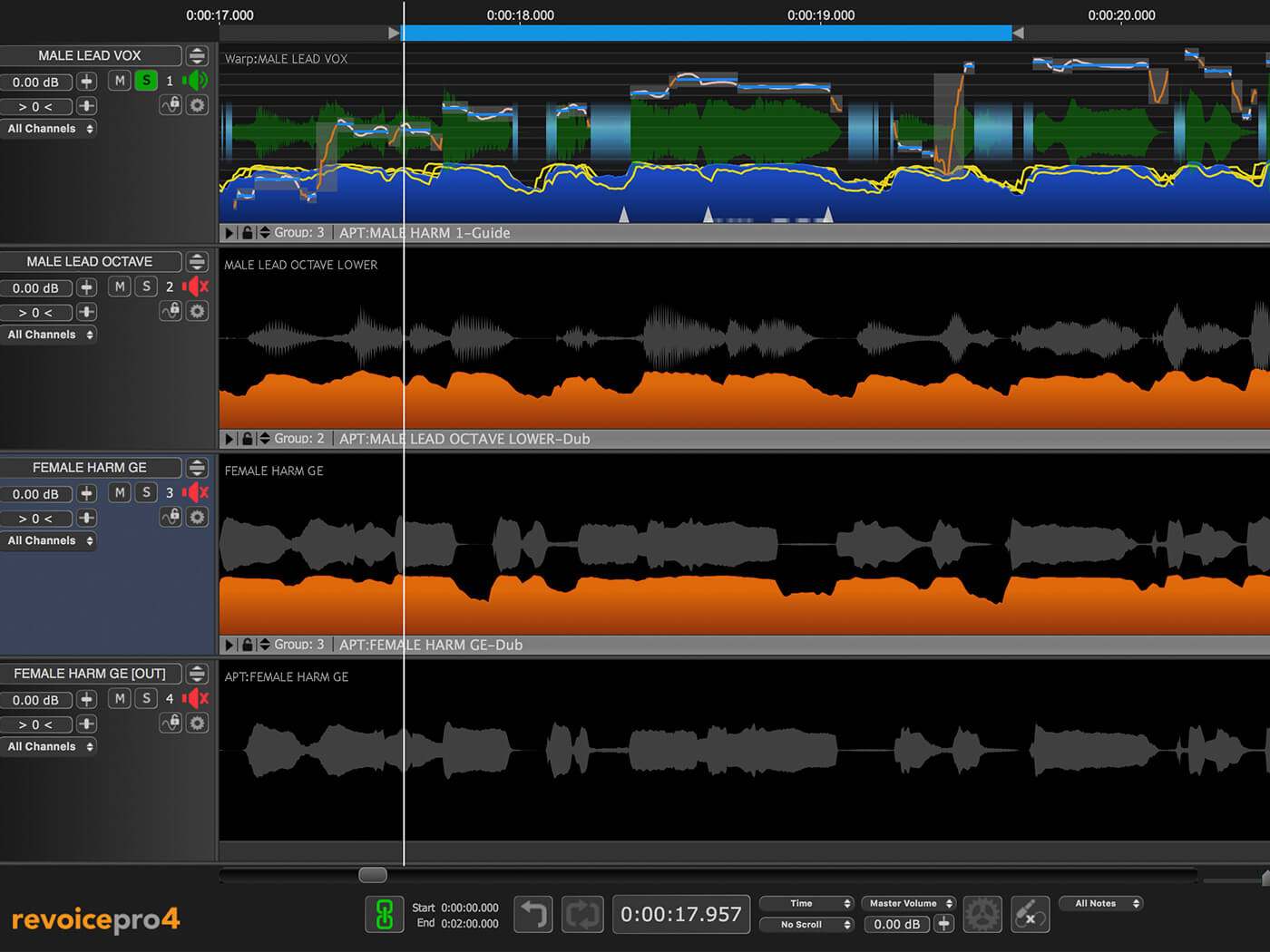 Synchro Arts has released a 4.2 update to its flagship pitch and timing utility, Revoice Pro 4. The new version brings new features and improvements including Automatic Scale Detection, improvements to Warp and Pitch editing, and Formant Shifting. The internal signal processing is now performed with 32 or 64-bit float values.

Synchro Arts is running a promotion for the new Revoice Pro 4 version, offering 30% off new licenses and 40% off upgrades from previous versions of Revoice Pro and VocALign until 18 November. Existing Revoice Pro 4 owners can download the 4.2 update for free.

When applied, Automatic Scale Detection works in the way you might expect – Revoice Pro 4 analyses the selected audio, figures out the musical scale and displays the notes from that scale on the left-hand side vertical bar when editing. Once the musical scale has been set, corrected notes will snap to the available pitches. This feature is accessible through the Warp function menu.

With improvements to the Warp function, you can now adjust which part of the note is used to calculate average pitch across a piece. This can be useful when a piece of audio contains significant pitch deviations within a note that you would like to exclude. The editing tools for Warp have been streamlined, with an added context menu to speed up your workflow, plus the ability to slip the start and end of notes. The plug-in now contains presets for bass instruments as well.

Formant Shifting is now included in Revoice Pro 4.2, meaning it’s now possible to change the timbre or colour of a performance without affecting pitch or timing. Other changes include a new bar and beats display, support for audio with levels greater than 0dB, faster ARA performance, and support for audio files with differing resolutions in the same session.
Revoice Pro 4.2 is currently available for £291 until 18 November, after which date it will cost £416.

Find out more at synchroarts.com