Watch pianist Ralf Schmid behind the scenes with mi.mu gloves

The mi.mu gloves have famously been used by Imogen Heap and Ariana Grande. 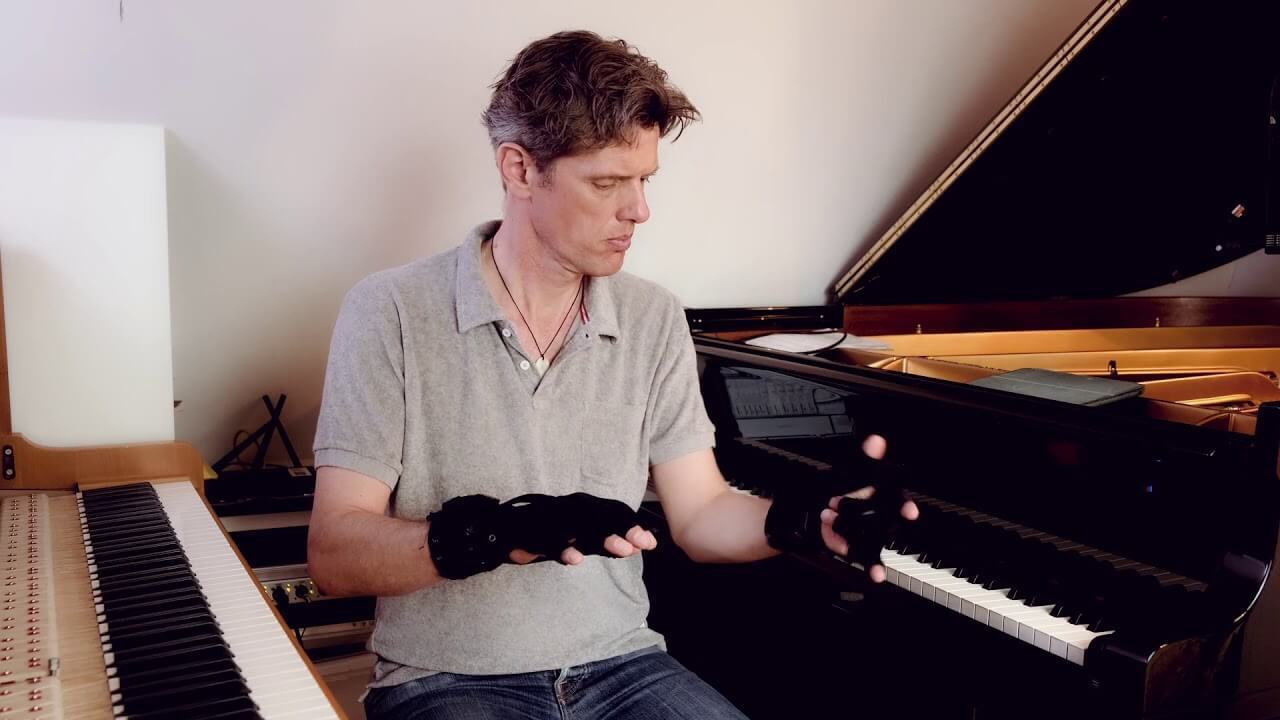 Ralf Schmid, AKA PYANOOK, is the first pianist to perform and record his piano pieces in conjunction with mi.mu gloves, which Imogen Heap showcased in her NPR Tiny Desk Concert. Ariana Grande has also been seen using them live. In this video, he shows us how the gloves enhance and aid his performances, and how the gloves became a centrepiece in his self-titled album, PYANOOK.

Two pianos are used in his performance – one is a natural piano, the other has been prepared. He labels them “Beauty and the Beast”. The mi.mu gloves can be customised to map hand gestures to trigger MIDI actions within Ableton Live.

Combining the pianos and the mi.mu gloves, Ralf shapes and sculpts the sounds of the pianos as he plays them, adding a new dimension to the performance. Ralf is also able to create percussive loops with his mi.mu setup, add spatial effects, and fade effects in and out.

PYANOOK’s debut album will release on 8 November. You can stream the single, Life In A Nutshell on Spotify.