Each new A-List Drummer instrument combines the living, breathing performance of a top-notch session drummer with the sonic versatility and competence of a professional engineer in a world-class recording studio. Play, combine, and tweak a virtually endless array of drum patterns in real time to create unique, realistic, and inspiring performances. 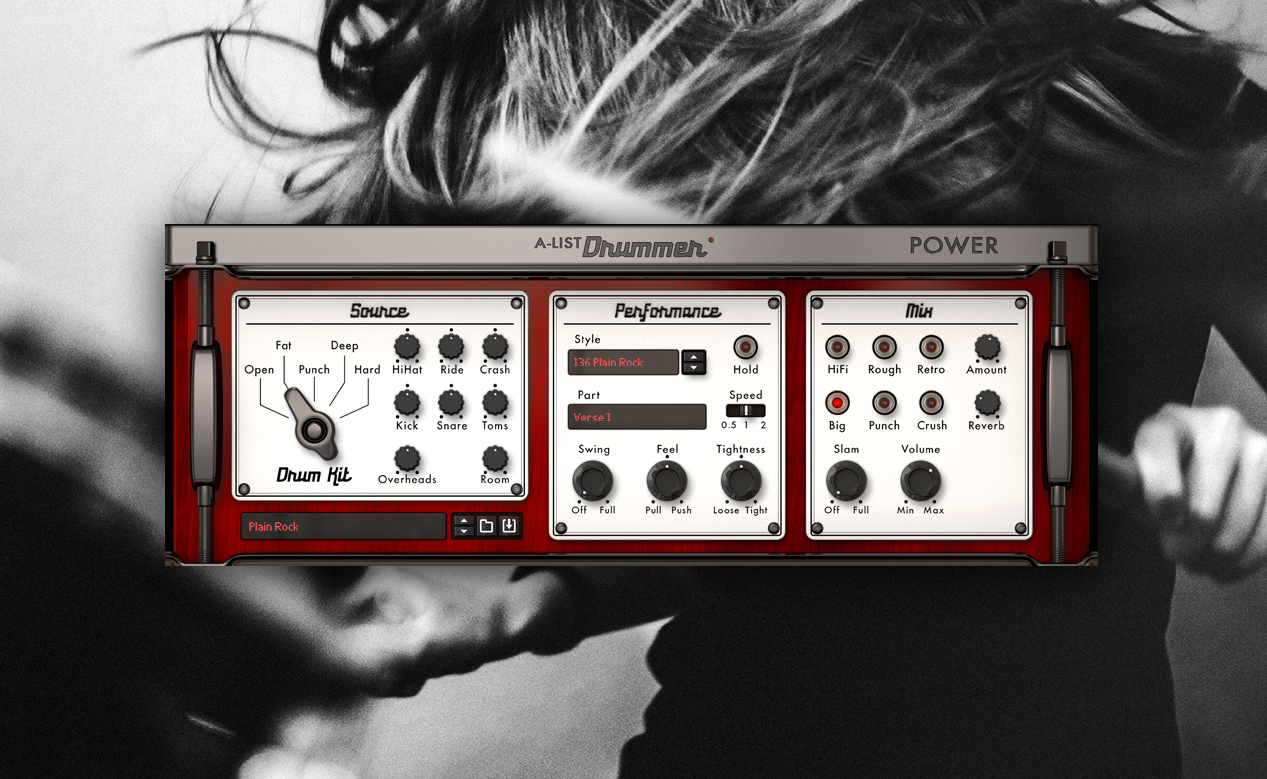 A-List Classic Drummer gives you more than 50 classic drum styles recorded dry with vintage mics, preamps, and fully dampened heads, for punch and clarity that sits perfectly in the mix.”

The A-List Drummer series goes far beyond static drum loops by providing actual rhythm tracks that will support your musical ideas just like a real drummer would. With smart scripting driving the loop selection, A-List Drummer instruments play with your music, knowing where the downbeat is and adding crash cymbals after fills, making drums tracks very easy to create.

With A-List Drummer series, creating a drum track is as simple as selecting a drum kit and style, then using your MIDI keyboard to trigger verses, chorus patterns, intros, fills, and stops. The A-List Drummer will play along, always in perfect sync with your song. Just like in the real world, the entire kit is professionally miked and mixed, with powerful options so you can get the exact sound you want.

With complete control and flexibility to adjust tempo, style, feel and phrasing, you can quickly create the perfect performance for your song—or spend time experimenting with variations. The drum kits themselves are also available as individual instruments, and can be triggered by other Rack Extensions such as drum sequencers or arpeggiators.

Watch the A-List Drummer series below:

Pricing and Availability
A-List Classic Drummer, Studio Drummer and Power Drummer are available for immediate download via the Propellerhead store for 99 USD / 99 EUR each.