The mixers are designed to be an all-in-one for modern musicians and content creators. 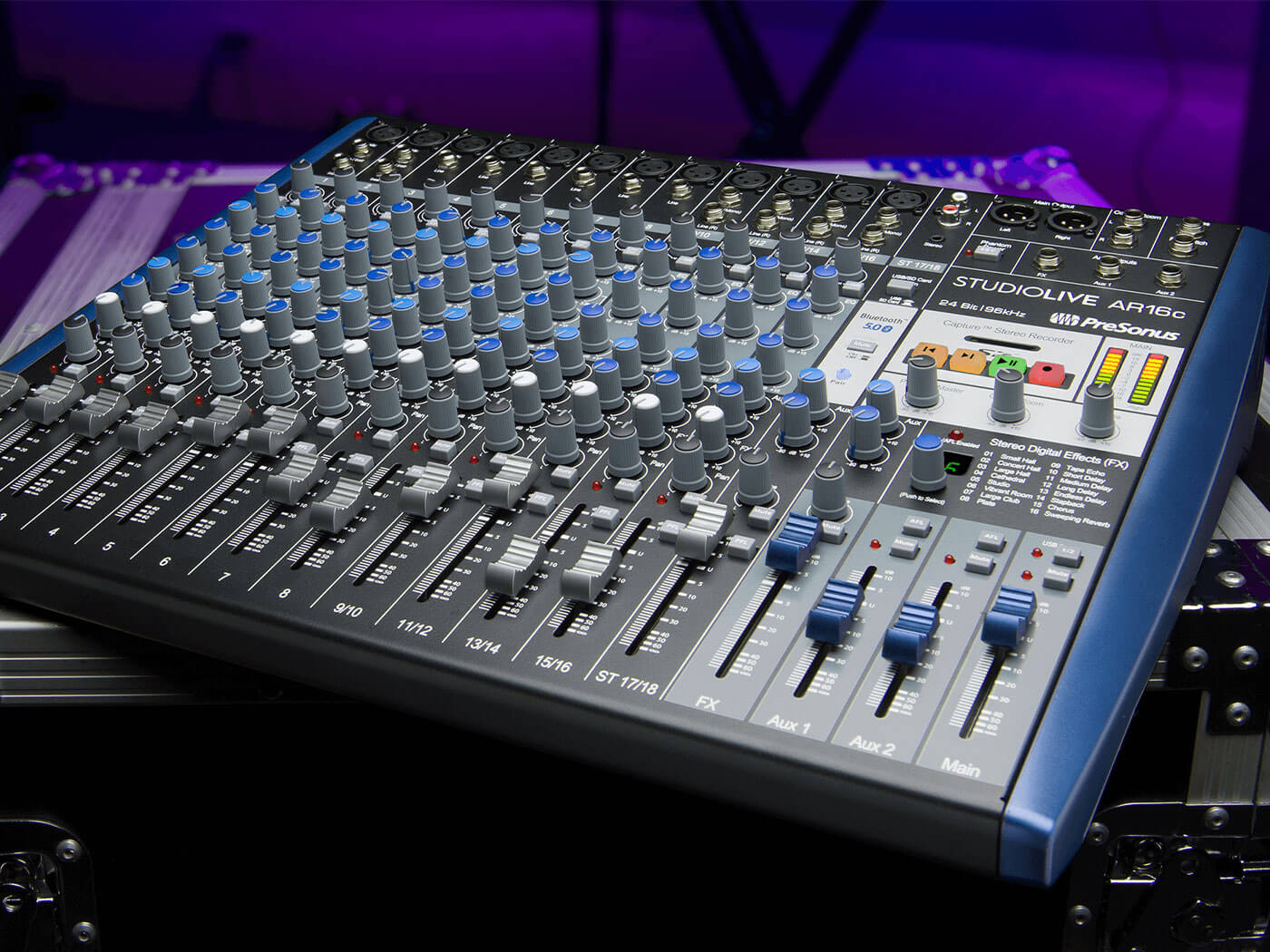 NAMM 2020: PreSonus, the audio equipment manufacturer behind Studio One, has released three new mixers as part of its StudioLive ARc series. Designed for “today’s musicians and content creators”, as stated by the brand, the new mixers combine a multi-channel 24-bit/92kHz, USB-C compatible, USB 2.0 audio interface with an analogue mixer front-end. PreSonus’s goal with the hybrid mixer is to simplify the recording and mixing process within a single console.

The StudioLive Arc Mixers feature “newly designed high-headroom analogue circuits, along with the company’s high-gain XMAX Class A mic preamps”, PreSonus states, plus Bluetooth connectivity. RCA inputs allow for turntable connectivity, and a 1/8inch stereo input will allow you to plug-in your smartphone or other devices. The onboard SD recorder will allow you to quickly record without the need of a computer or DAW, too. With these features in mind, plus the software that comes along with the mixers, this could be a console that indeed meets the needs of modern musicians and content creators alike.

StudioLive AR8c is the most compact model in the series, offering four XMAX mic preamps and six balanced line inputs for 8×4 recording and playback, with three-band EQ and an onboard effects processor. The effects include reverb, delay, chorus and more, with the option to record the main mix and capture the applied effects. The AR8c appears well suited to those requiring a mixing solution for podcasts, content creation or small music productions.

StudioLive AR12c offers 8 XMAX mic preamps and 12 balanced line inputs for 14×4 recording and playback. Also carrying the effects processing and features that are present on the AR8c, the AR12c looks to be a great mixer to record your band or set up a live gig.

Finally, the AR16c delivers 12 XMAX mic preamps and 16 balanced line inputs for 18×4 recording and playback. This is a mixer that those with bigger projects and performances will find useful.

Record in the box

Each of the StudioLive Arc mixers come complete with PreSonus Capture live-recording software, and PreSonus’ award-winning Studio One DAW. Compatible for both Mac and Windows, the software will allow you to record multitrack compositions and turn them into professional productions with built-in editing tools and effects. Plus, with the Studio Magic Plug-in Suite, a collection of useful plug-ins become available to utilise, making this quite the all-in-one product.

Available now, the three models are priced as follows: