The virtual synthesiser also takes pains to go easy on your CPU. 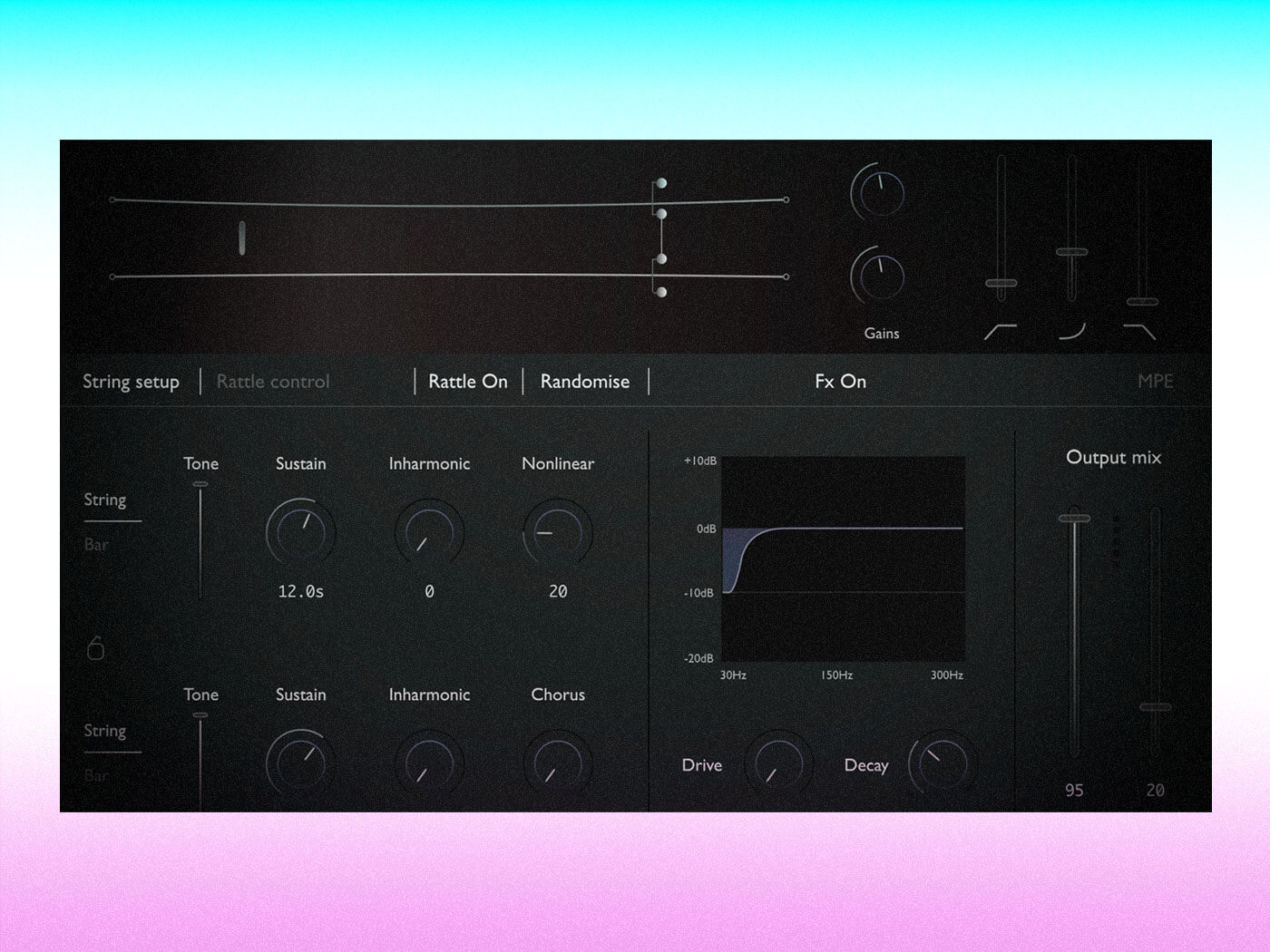 Physical Audio has unveiled Preparation, a brand new software instrument combining eight-voice polyphony and physical modelling synthesis. The so-called “next-generation collision modelling” plug-in is based on the modelling of two fundamental elements; strings – which can be configured as bars – and a rattling element.

Each voice has a pair of strings connected by a rattle that reacts to the vibrations at each end, and with controls for the mass at each end, the gap from the strings, the stiffness, edginess, strength and its position can generate anything from ominous and grating scrapes to rich and resonant strums. Preparation also hosts an inbuilt low shelf EQ, overdrive and reverb.

“Preparation is based on next-generation modelling of collisions between the strings and the rattle element,” says Physical Audio. “Accurate modelling of collisions using a direct numerical method is computationally expensive to perform. Using our advanced non-iterative solvers we can compute the acoustic system for eight-voice polyphony in real-time, with the minimum amount of CPU usage.”

The sound design for Preparation is by the transatlantic team of LA-based electronic artist and composer Benjamin Wynn, aka Deru, and Milan-based composer, poly-instrumentalist and synthesist Gadi Sassoon, whose craft “combines experimental systems and traditional techniques to create sounds that escape definition.” Physical Audio also showcases a series of demo tracks by Sassoon to demonstrate some of the plug-in’s capabilities.

If you’re curious to learn more about the mathematics behind Preparation, Physical Audio refer you to this in-depth technical paper.

Check out a video demo of Preparation below.

Preparation is also MPE (MIDI polyphonic expression) compatible, so is right at home being played by expressive, multidimensional controllers like ROLI’s Seaboard or Joué’s Play. Amid a surfeit of FM and wavetable virtual synthesisers, Preparation addresses a relative dearth of high-performance physical modelling instruments, perhaps throwing down the gauntlet to other developers in the process.

Preparation is available now at an introductory price of £69, before retailing at full price for £119.

Visit physicalaudio.co.uk to find out more and test Preparation for free in Demo Mode.