A sampling instrument complete with FM synthesis and audio editor 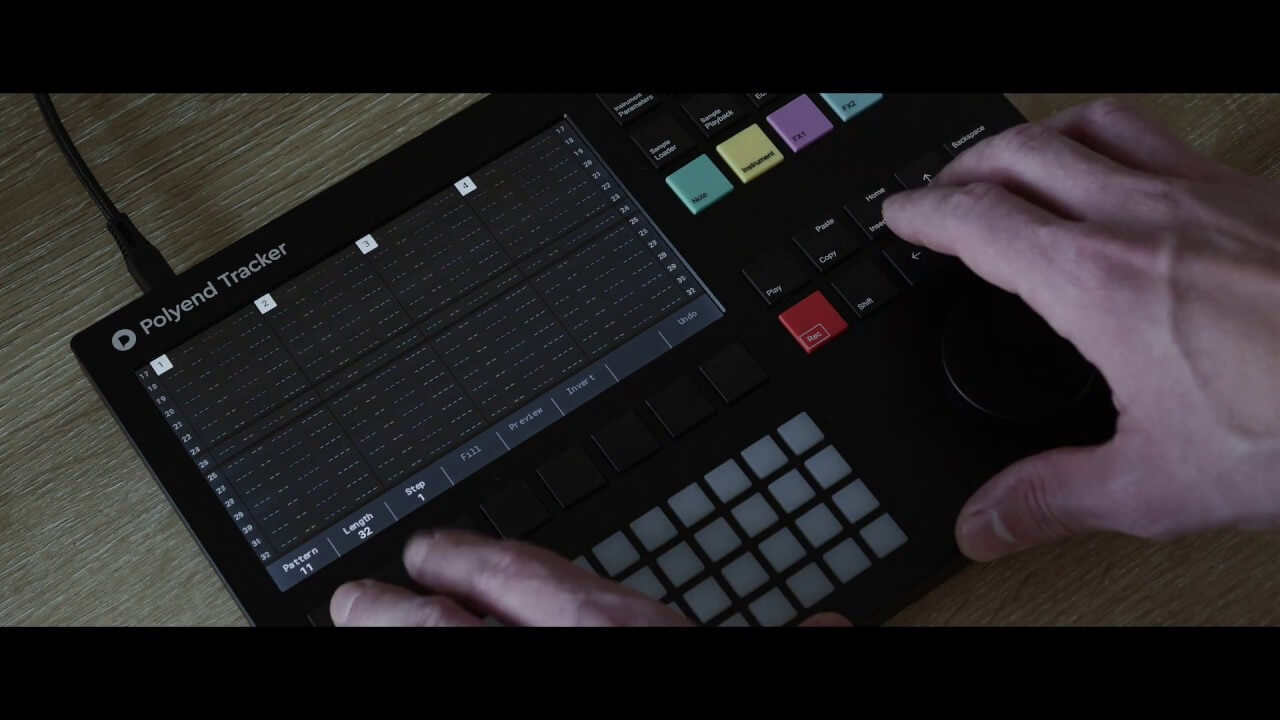 Polyend’s teaser campaign is approaching its climax, with under a week until the launch and treating fans to an in-action video on YouTube. As it turns out, despite the speculation within the community, Tracker appears to be quite a comprehensive instrument, giving followers of the campaign more than they bargained for.

Many were under the impression, this was purely a sampler with some granular synthesis, options. Alas, Polyend has included an FM synth engine, plus the main feature being the tracker/sequencer, hence the name Tracker. The vertical tracking UI is akin to some music composition software popular in the 1990s and is navigated by a large dedicated knob in the bottom right of the instrument.

The design follows the style of other Polyend devices with pads similar to Medusa and Seq. It looks like it’s set to be a standalone instrument, and it’s been suggested that its powered by an external battery.

No word on price as of yet, but the YouTube description reads; “Hey, only a week left to go. We still have a few aces up our sleeves. 18 March 2020 all cards will be on the table”.