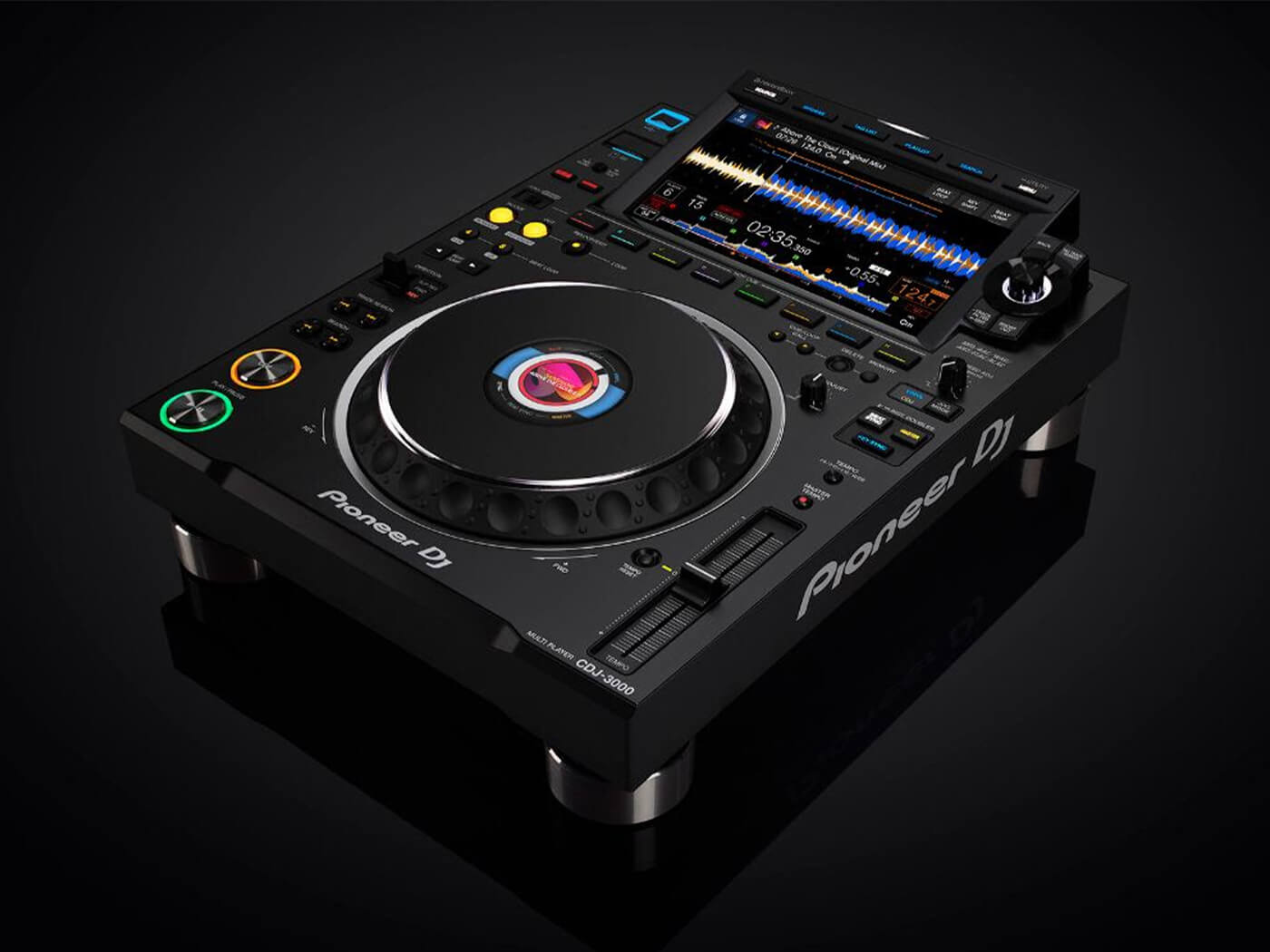 Building on its iconic legacy in the DJ booth, Pioneer DJ announces the CDJ-3000, the next generation of its flagship DJ media player. The player features an array of improvements on its predecessors, including a 9-inch touch-sensitive screen, eight hot cue buttons, beat skip, new key sync and shift functions and a powerful Microprocessing Unit (MPU) processor.

Pioneer’s CDJ decks have been the staple players for nightclubs, bars and festivals for around 20 years. So, to keep the CDJ-3000 approachable to all, it maintains the same look and feel as the rest of the CDJ family. That said, you’ll find no CD drive on the CDJ-3000, which is perhaps surprising given the name of the unit – you can load in tracks via USB and SD-Card. Improvements have been made to the jog wheel, with an LCD screen in the centre displaying track information.

Arguably the biggest rival to Pioneer DJ at the moment is Denon DJ, whose flagship player is capable of on-the-fly track analysis and provides access to music from streaming services like Beatport and SoundCloud via wifi. The CDJ-3000 boasts no such features at launch, relying on Rekordbox for track analysis – although it may be that a future firmware update adds in these desirable and modern-day features.

The most obvious enhancement to the CDJ is the 9-inch screen with 1280×720 resolution and an increased brightness of 150 per cent. There is a whole host of navigation and workflow improvements accessible via the touch screen, from media source selection and browsing functions to 3-band waveform displays and stacked waveforms.

The CDJ-3000 also allows you to audition and cue different parts of a track that is playing on one deck. This is deal for back-to-back sets and for getting a taste of a song that you’re unfamiliar with while it’s playing. The touch-screen makes this a breeze with Touch Preview and Touch Cue.

You can also skip forward in a track using Beat Jump, which is quantised from ½ beat up to 64 beats, meaning that seeking through a track will keep everything in time. This feature has been found on DJ controller’s from Serato, Traktor, Pioneer and more, so this will be a welcome addition for digital DJs. This is just below the Beat Loop buttons, which includes an eight-bar loop in addition to the previously present four-bar loop button.

You can also loop by an odd number of beats too using the touchscreen, touted by Pioneer DJ as a ‘polyrhythmic beats’ feature. It’s features like this that prompted legendary DJ, James Zabiela, to describe his time with the new CDJ-3000 as “true romance” in the launch event. Eight hot cue buttons are also placed below the display for versatility and further creative freedom.

Key shifting and syncing is also impressively improved, with key changes displayed on the main display screen as the tempo fader is adjusted. The key sync feature lets you move the song up or down by one or two notes at a time, which will be a blessing for harmonic DJs looking to keep everything in key. The key shift feature on-screen will let you rapidly change key on-the-fly with the touch of a button, which can open up some new creative possibilities for DJs.

As aforementioned, the jogwheel sports a new LCD screen in the centre. However, Pioneer DJ is quicker to talk about the smoother functioning of the jogwheel itself. Offering the “smoothest feel on any multimedia player [Pioneer DJ]’s ever made”, with a less mechanical, unstable feel. The overall design of the player is more durable, with a full aluminium top plate and sturdier play and cue buttons. 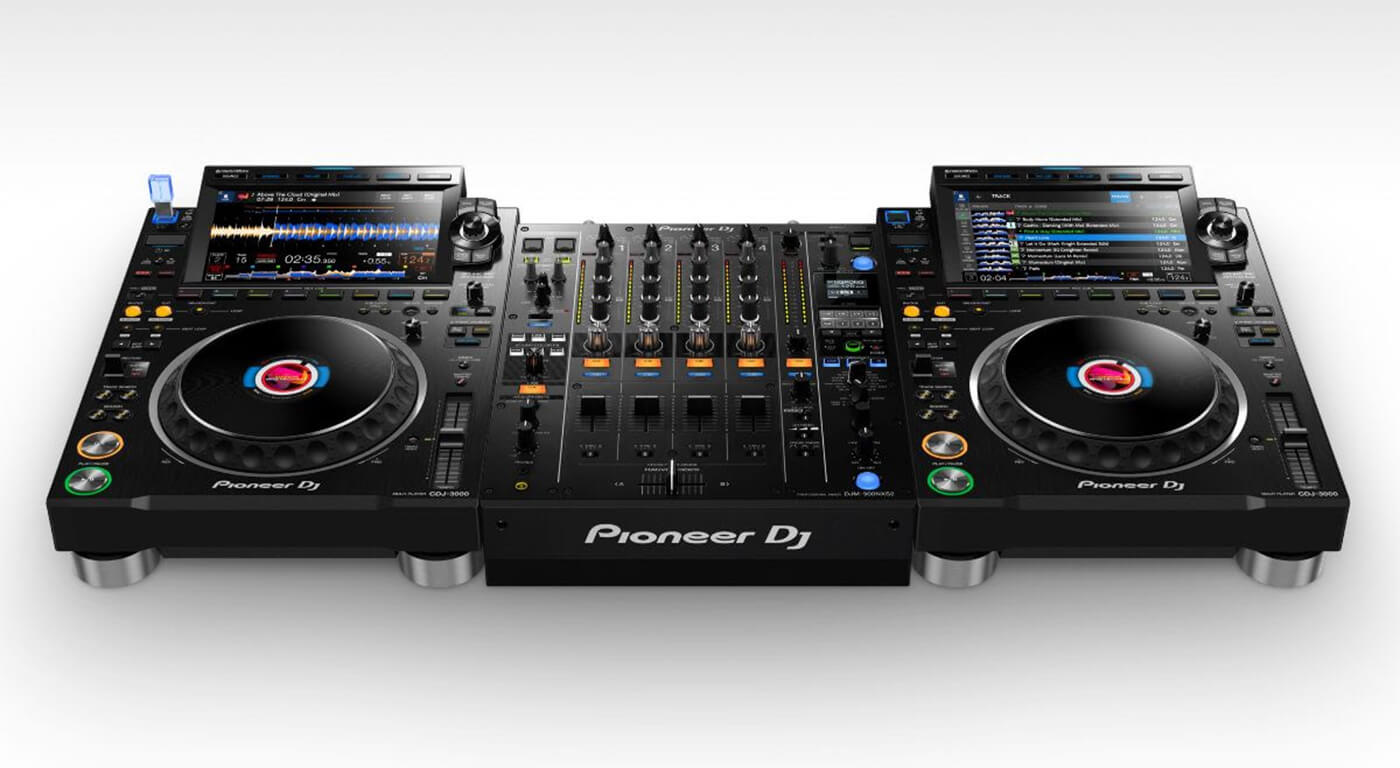 The CDJ-3000’s audio engine boasts the best sound quality among any of the Pioneer DJ range, with 96kHz/32-bit resolution. The player’s outputs include digital coaxial outputs and the usual RCA outputs.

Driving all of these features is the new MPU processor, which boasts supreme power and may mean future firmware updates can be large and expansive without being a burden on the player. The CDJ-300 has two ARM Cortex MPU, a 1.5GHz dual-core A57 and a 1.2GHz quad-core A53. This makes it the most powerful DJ player on the market.

Pioneer’s CDJ-3000 is immediately available with a price tag of £2169. Given that most venues are closed or working on limited capacity, It’s unlikely we’ll start seeing them in bars or clubs anytime soon. However, the professional DJ may wish to spend some time getting familiar with them with so much time available at home. We’ll have a review up shortly, so keep your eyes peeled on our review section. You can also sign up to our newsletter for updates, where you’ll receive a free plug-in upon subscribing.

Find out more about the CDJ-3000 and where to buy it at pioneerdj.com