Harness the sound of a legendary studio with this comprehensive production toolkit. 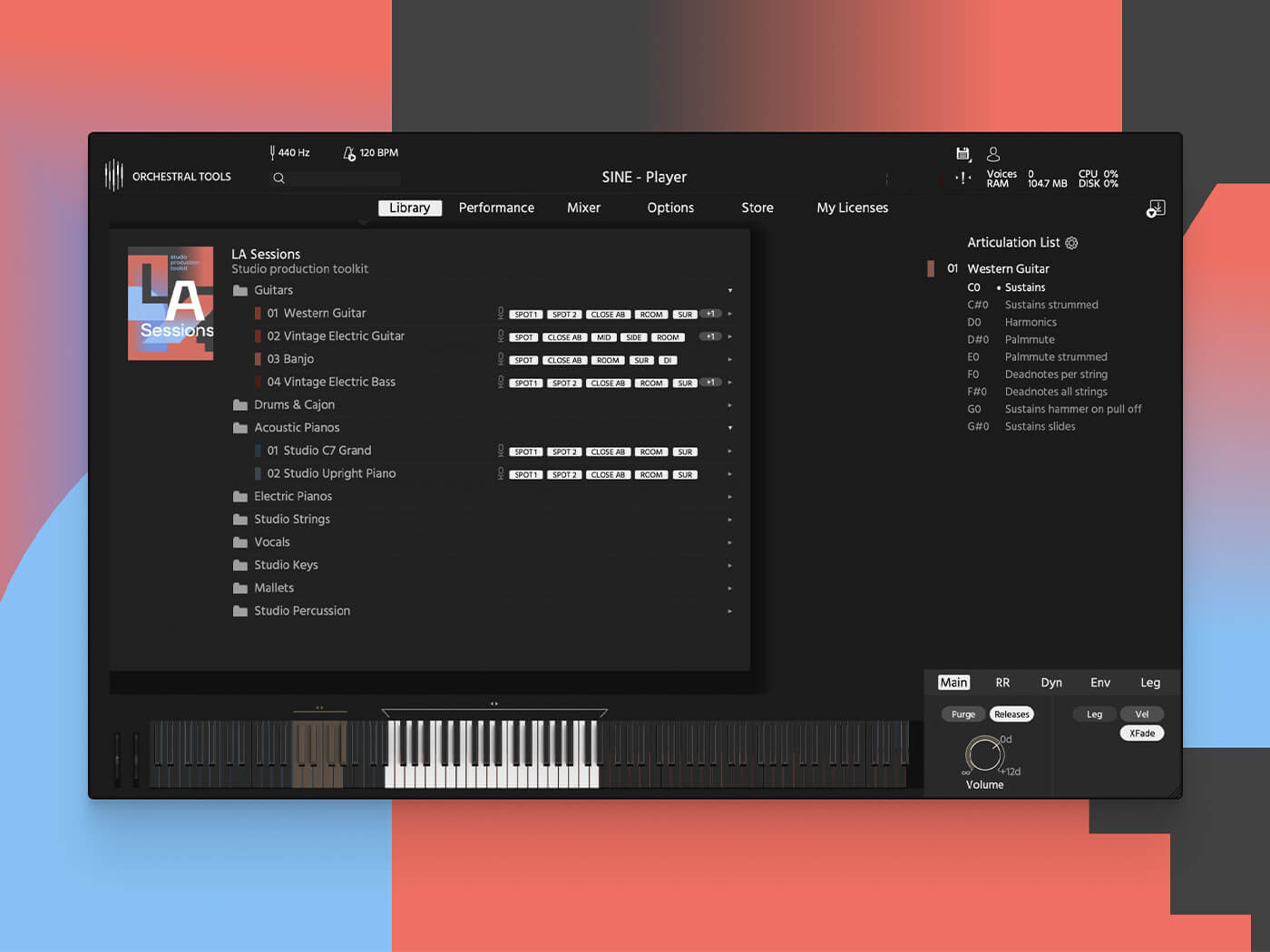 In a new move from Orchestral Tools, the Berlin brand has released LA Sessions, a sample library that provides users with a range of contemporary band instruments and backing vocals. Recorded at the iconic United Recording Studios in Los Angeles, the production toolkit is ideal for composers, artists and producers in need of a full band to record a song. LA Sessions is currently on an introductory offer until 8 December.

Orchestral Tools usually focuses on – you guessed it – orchestral virtual instruments, with an impressive repertoire including Junkie XL Brass and Phoenix Orchestra, the virtual instrument used in Disney’s Mulan. LA Sessions comprises 30 sampled band instruments from drums, bass and guitars to mallet percussion, studio strings and soulful backing vocals, all complementing each other to offer an easy and precise mixing process.

All instruments and vocals were recorded by studio veterans, who have all been credited on high-profile recordings. Orchestral Tools says that the string players are all session players for pop and soul productions, giving the strings in LA Sessions a different sound to classical strings.

If you’re familiar with Orchestral Tools’ other instruments, you’ll be aware of the meticulous attention to detail at every level of the recording process. The company says that the result of this is “a collection of band instruments that are useful in themselves, but together, form much more than the sum of the individual parts”.

The collection brings the sound of United Recording Studios to your DAW – a recording facility that has been home to Frank Sinatra, Ray Charles, Radiohead and The Red Hot Chili Peppers. Using an eclectic range of vintage analogue gear, the sounds were recorded and processed within the same room at United Recording.

LA Sessions is available for an introductory offer of €349, running exclusively in Orchestral Tools’ SINE Player. The player also allows you to purchase and download only the instruments and mic placements you need, starting at just €5. If OT’s previous works are anything to go by, this should be a practical instrument for a variety of genres and styles.

Find out more about Orchestral Tools LA Sessions at orchestraltools.com.