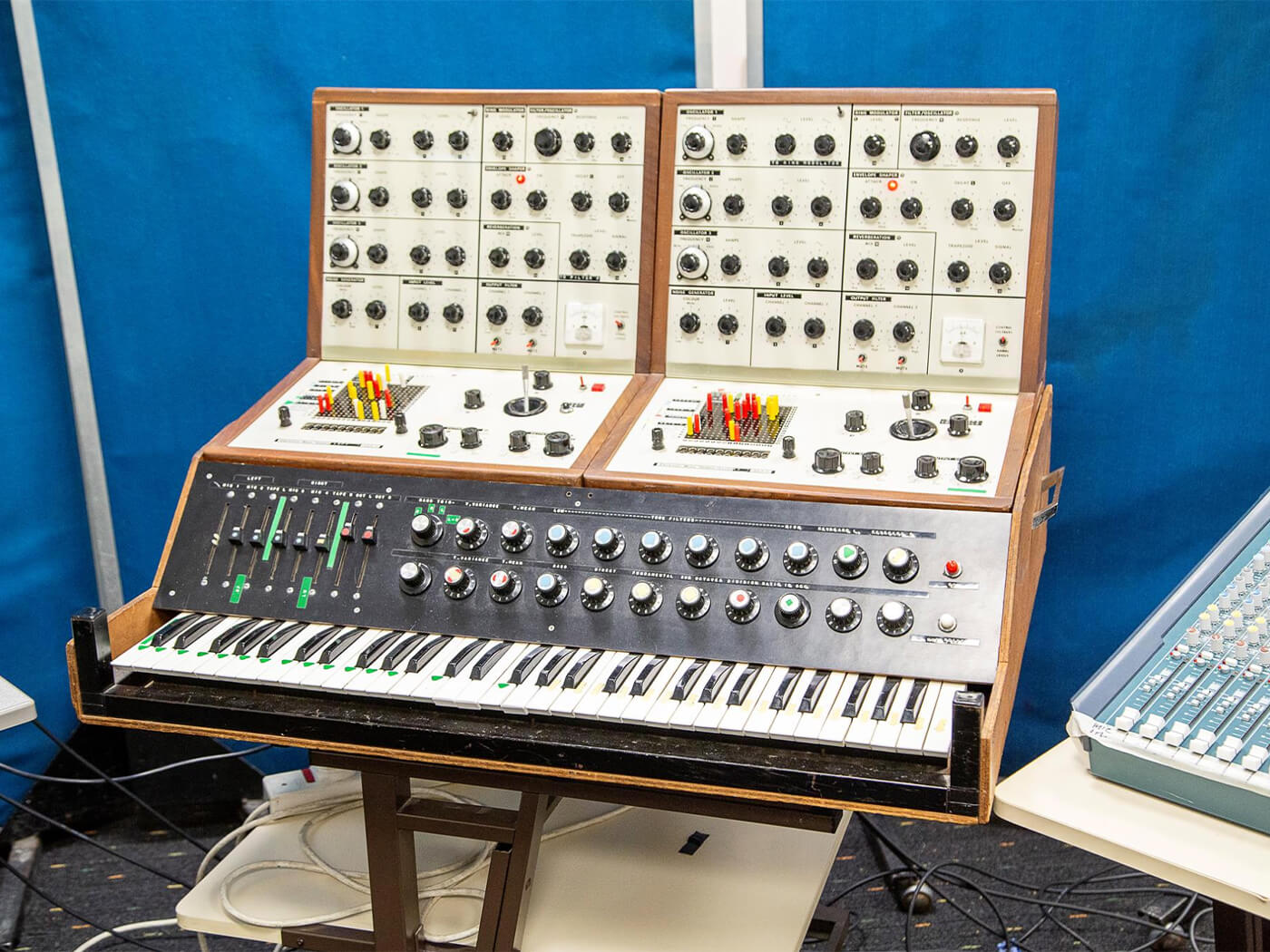 A one-of-a-kind synth, the EMS VCS4, has been used in a performance at the online PureGold festival. Olivir Haylett performed an improvisational piece with the rare prototype, which you can watch below.

The EMS VCS4 has been on quite a journey. It was the planned follow-up to the EMS VCS3, a legendary analogue synth that was used by electronic music pioneers, such as Delia Derbyshire and the BBC Radiophonic Workshop, Aphex Twin, Brian Eno, Hawkwind, Pink Floyd and Robert Fripp. Only two prototypes of the VCS4 were made, never reaching the mass production stage.

One of the VCS4 prototypes is owned by Matt Black of Coldcut – you can hear how he acquired it in our podcast with him. The other belongs to the Goldsmiths Electronic Music Studios and was restored to fully functional order in 2006 by Robin Wood at EMS. In 2019, Goldsmiths acquired the VCS4, adding it to a collection of VCS3s, and had Steven Thomas of Digitana Electronics undertake further restoration work.

Now, the VCS4 has been used by a final year MMus Sonic Arts student, Olivir Haylett, in an improvisational performance. This is thanks to the Department of Music at Goldsmiths making the rare synth available to students and researchers, as proposed by Desorgher.

The VCS4 prototype combines two VCS3s with a base station, comprising a keyboard, external audio input mixer, and signal processing inside a wooden enclosure. It was built around 1969-1970.

Beyond Olivir’s performance, synth enthusiasts may be able to get up close and personal with the EMS VCS4 at a later date. Goldsmiths Electronic Music Studios’ open day is hoped to facilitate this – although a date is yet to be determined after the previous event was cancelled in 2020.

Dr Marcus Leadley, studio manager at Goldsmiths Electronic Music Studios, said: “The VCS4 is an extraordinary instrument – a snapshot of EMS innovation frozen in time. The base station itself includes hand-built circuits that exist nowhere else in the EMS catalogue and the VCS3s have been substantially reconfigured to create new sonic possibilities. It sounds amazing.”

Olivir Haylett said: “The interface and the ways things work together in an exploratory, unpredictable way is creatively exciting.”

Check out Coldcut’s version of the VCS4 below.

Throwback! This is an extremely rare EMS VCS4 analogue synth from 1969 belonging to Coldcut, it was the first one he…