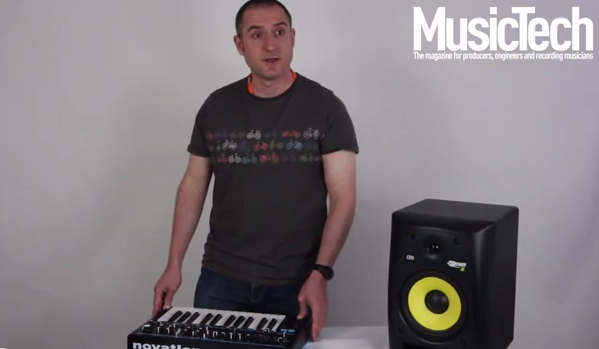 Last week we visited Novation’s HQ to get an exclusive hands-on preview of the exciting looking Bass Station II! So without further ado let’s have a look and a listen to the next generation of Bass Station!

We’ve just visited Novation’s HQ to have a first look at the company’s new Bass Station II – a synth that has been turning heads and making headlines since its announcement at Frankfurt Musikmesse in April. The synth, designed by veteran synth pioneer Chris Huggett (also responsible for the OSCar and Wasp synths), is a follow-up, albeit a rather slow one, to 1993’s original Bass Station, a synth that answered the demands of the acid house scene of the time

We first saw the Bass Station II at Frankfurt and it has certainly moved on, not least because it is now a very cool-looking black. Novation’s Nick Bookman and Giles Orford were on hand to talk us through the latest developments: “Since Frankfurt the synth has had about 80 to 100 firmware changes,” says Nick, “and we’re now at the stage where we’re narrowing down the masses of presets we have to the best 64, which we’ll ship with the unit this summer along with 64 user presets.”

The architecture of the synth is similar to the original. Its audio path is analogue but sources are digitally controlled, so the filter is analogue but under digital control, likewise the modulation sources. There are two oscillators with four waveforms each and a sub oscillator with a fixed narrow or square pulse that follows the pitch of oscillator 1. A noise generator and ring modulation complete the sound sources.

Bass Station II has two filters: Classic and ‘Acid’. The Classic is similar to the original Bass Station’s, a state-variable filter with two slopes, but unlike the original it has high- and band-pass shapes (see below for more on the Acid filter). Connections include a line out, headphones, a line in for processing external signals, sustain pedal in, MIDI in/out and a USB port that supplies power and MIDI but not audio.

The synth is monophonic and mono so very much has ‘bass’ written all over it, although, of course, that’s not to say it can’t be used for other sounds. “First and foremost it is a bass synth and the presets will reflect that,” says Giles, “but instrumentalists will make it do whatever they want it to do – and it can do a lot. So we will focus on basses as far as the presets that ship with it, but there could be more banks released down the line.” 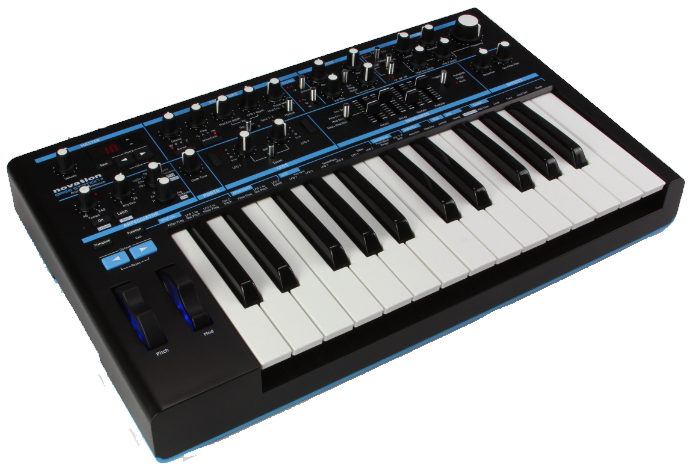 It’s been 21 years since the announcement of the original Bass Station, so why has it been so long for the follow-up?

“There’s been a resurgence of interest in analogue synths over the last couple of years,” says Giles. “After a period when we did very well with VA synths, people then went on to use a lot of soft synths, but now there’s definitely a move to people wanting something a bit more tangible. It’s fair to say that the original Bass Station had a lot of fans and we were always getting asked to do a follow-up so the timing was right and we finally succumbed to the pressure. We’ve added several features and really believe it significantly moves the synth up a few levels.”

One of the things that could have stalled the project was access to the abundance of analogue components needed to bring a synth like this to market in what is now a very digital age: “It was a risk we had to consider,” says Nick. “The main component we needed was an OTA operational transconductance amplifier. These are getting rarer, but we managed to secure a supply of them.”

And another big addition to the Bass Station II is that of the Acid filter, a  circuit designed to give the synth a TB-303-like edge: “It’s a sound that is still in demand even after all this time,” says Nick. “The 303 has a particular filter type so we’ve designed a circuit with a similar topology called the diode ladder and it has a particular frequency characteristic that allows us to get close to the acid sound. It’s not a clone – it is our design – but it really does evoke that acid characteristic. We wanted to go beyond what the original Bass Station had and this certainly does that.”

Following this comprehensive introduction to the new Bass Station we were treated to a demo of its various presets, including the 303 sounds and a stack of different basses – and very impressive they were too. What was memorable about the original was how ‘big’ the sound was despite coming from such a small unit, and this certainly replicated that ‘surprise’ feeling. Nick also included a demo of the step sequencer (which enables you to store four sequences, each with 32 steps to trigger very much like an arpeggiated sequence). We were certainly impressed, but you can judge for yourselves in the video above. We’re even more keen to get one in and put it through its paces ourselves, so look out for the full review in a couple of issues’ time and online.

One last question, then: are we going to see a new Drum Station any time soon?

“Nothing is planned at the moment,” says Nick, “but never say never!”

Check out the new issue of MusicTech Magazine for more in-depth info!