The plug-in has garnered praise from some of the biggest names in EDM. 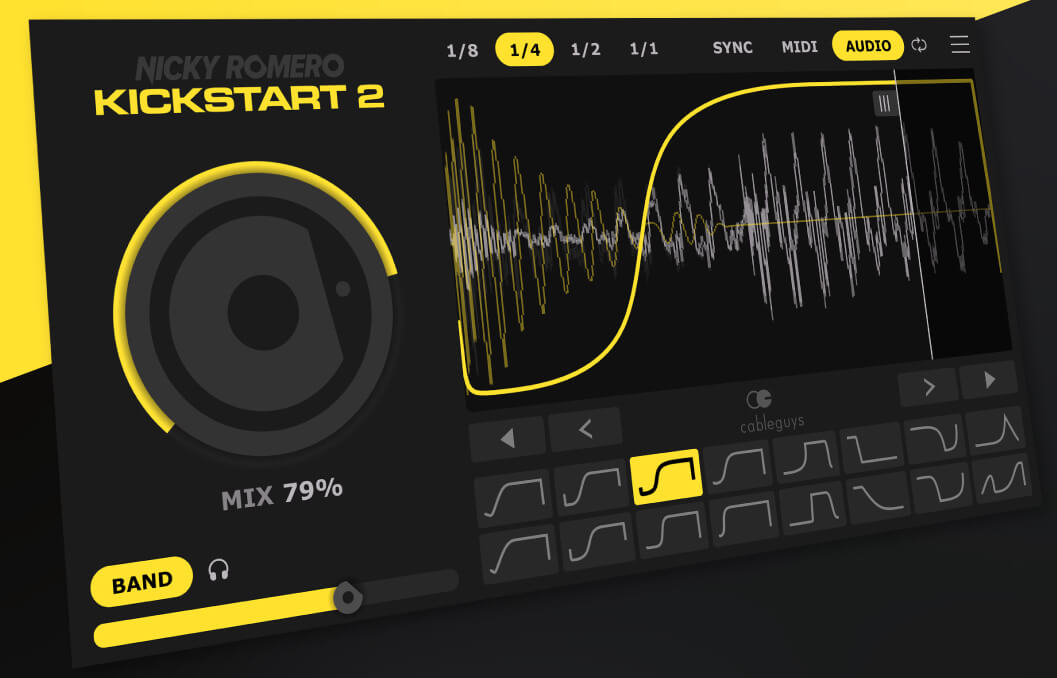 A newly announced collaboration between Dutch EDM artist Nicky Romero and plug-in developer Cableguys, Kickstart 2 is a plug-in dubbed by the company as “the fastest way to get that signature sidechain compression effect.”

Building on the success of the original Kickstart plug-in, a purported favourite of David Guetta, The Chainsmokers, Timbaland and more, Kickstart 2 promises instant sidechain ducking with no setup, and once in use is highly tweakable; with a choice of 16 different curves, a moveable slope, MIDI control and Band split, for frequency band-specific ducking.

The plug-in has already garnered praise from high-profile figures, with David Guetta saying, “this plug-in is life-changing. I’ve told Nicky it would be awesome to make the bass & duck communicate, and he’s done it! Just by moving the slope, I have a perfect sidechain for my kick.”

Zedd, CashMoneyAp, Hardwell, Khaliq Glover and more are among the producers already using Kickstart 2, according to Cableguys.

Kickstart 2 packs in many of the same favourite features of the original plug-in, such as tempo-synced sidechaining, a big Mix knob and 16 curveshapes.

New to the plug-in is a moveable slope for shaping your sidechain to any length of kick drum, and MIDI and audio trigger capabilities, enabling Kickstart to follow any kick drum automatically. Additionally, a band split is now built-in, allowing you to easily sidechain only the lowest frequencies in your track.

Watch a video on Kickstart 2 from Cableguys below:

Kickstart 2 is available now for €14 / $16 or as an upgrade from Kickstart 1 for €5 / $5 in VST2/VST3/AU/AAX formats for macOS and Windows. Find out more at kickstart-plugin.com