Need a mixer for your phone? Roland GO:MIXER PRO-X’s 11 inputs has you covered 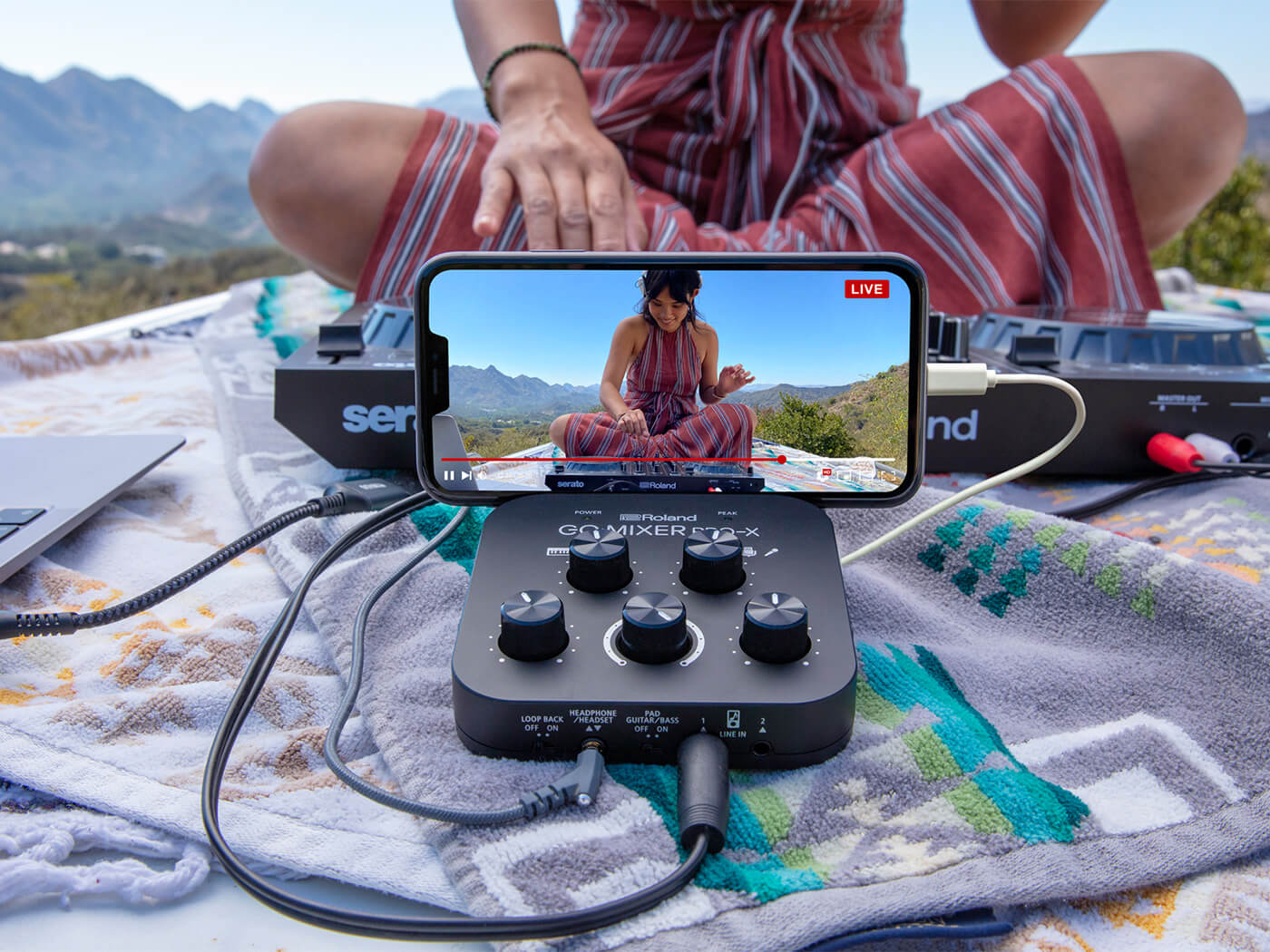 Roland has announced the GO:MIXER PRO-X audio mixer, touted as an ideal solution for mixing into smartphones and tablets. The mixer builds on the success of the GO:MIXER and GO:MIXER PRO, sporting a new black finish.

GO:MIXER PRO-X is aimed at musicians, streamers, podcasters and music video creators using Android and iOS devices. It expands on the connectivity of previous models with a guitar/bass input pad, and the ability to use a headset or inline mic on earphones as an input. In total, the mixer boasts 11 input channels and three output channels, offering plenty of versatility for multi-channel recording and monitoring.

Seven audio sources can be simultaneously recorded, with an XLR input with phantom power, guitar/bass input, two quarter-inch instrument inputs, two stereo line inputs, and the headphone mic input. A Loop Back function lets you mix in audio from a connected mobile device, too. The new pad switch for the guitar/bass input enables you to adjust signal levels for instruments with active pickups.

Roland’s GO:MIXER PRO-X connects to mobile devices via USB Micro-B, with adapters for Lightning and USB-C included in the box. Also included are some four-pole TRRS jack cables, for a quick setup. The mixer can be powered by either four AAA batteries or with the USB Micro-B connection.

According to the brand, the GO:MIXER PRO-X “excels as an audio interface for music apps like Roland’s own Zenbeats or GarageBand”. You can also use it as a standalone mixer for practice and performance.