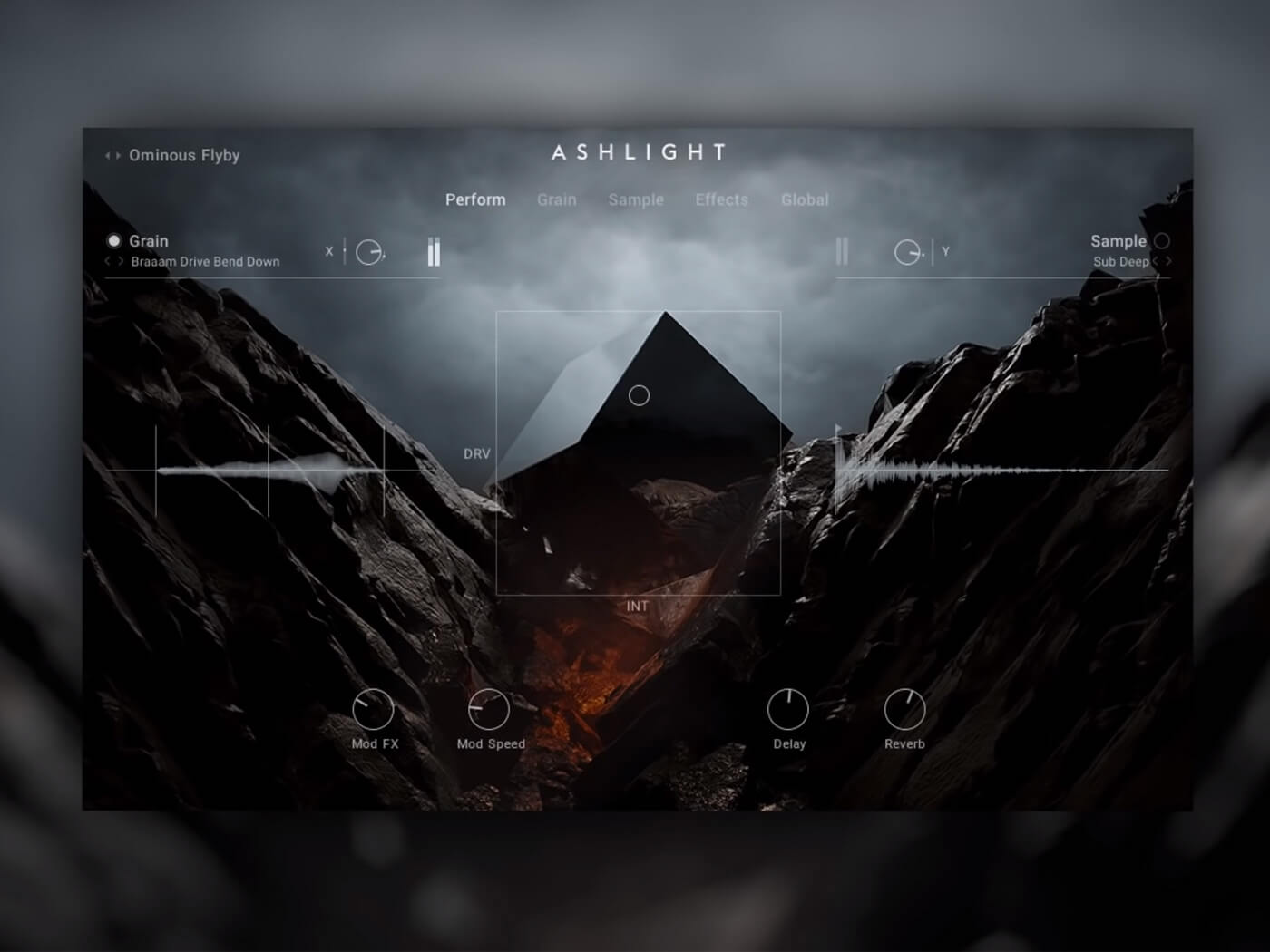 Ashlight was created in collaboration with Frank Elting and Amsterdam sound design agency The Solos. The latter has credits on an impressive number of blockbuster films and series, including Game Of Thrones, Black Panther, Justice League, Mad Max: Fury Road, Creed, The Predator, Glass and many more.

According to Native Instruments, the granular virtual instrument is the “product of obsessive research into unconventional sound sources that can be explored, transformed, and exploded to epic proportions by the engine.”

At the heart of Ashlight are the Grain and Sample modules, with an XY pad to blend the timbre and intensity of the sound. The Grain module scans across Ashlight’s source material of bowed carbon, metal layers and foley sounds to transform them into thrilling tones, with tempo-synced playback for tailoring the perfect riser and transition.

Ashlight’s Sample module enhances the sounds from the Grain module with a collection of one-shot samples, including sounds of choirs, synths, noise, percussion, pulses and more. Merge these with the tones from the Grain engine and quickly craft dark atmospheres. In addition, an onboard arpeggiator can be used to trigger rhythmic patterns, while the Sample module’s multi-sampled pianos, strings, vibraphones and more can be played melodically.

You can explore the modules in depth via their respective sections, with effects and global sections also onboard, for a total of five sections. You can perform expressive parts with Ashlight, thanks to MPE support, a plethora of modulatable parameters and powerful effects.

Native Instruments has included 300 presets for swift inspiration and exploration of Ashlight, along with a deep library of 360 sample sets. You can also load your own samples into the instrument to get even more experimental.