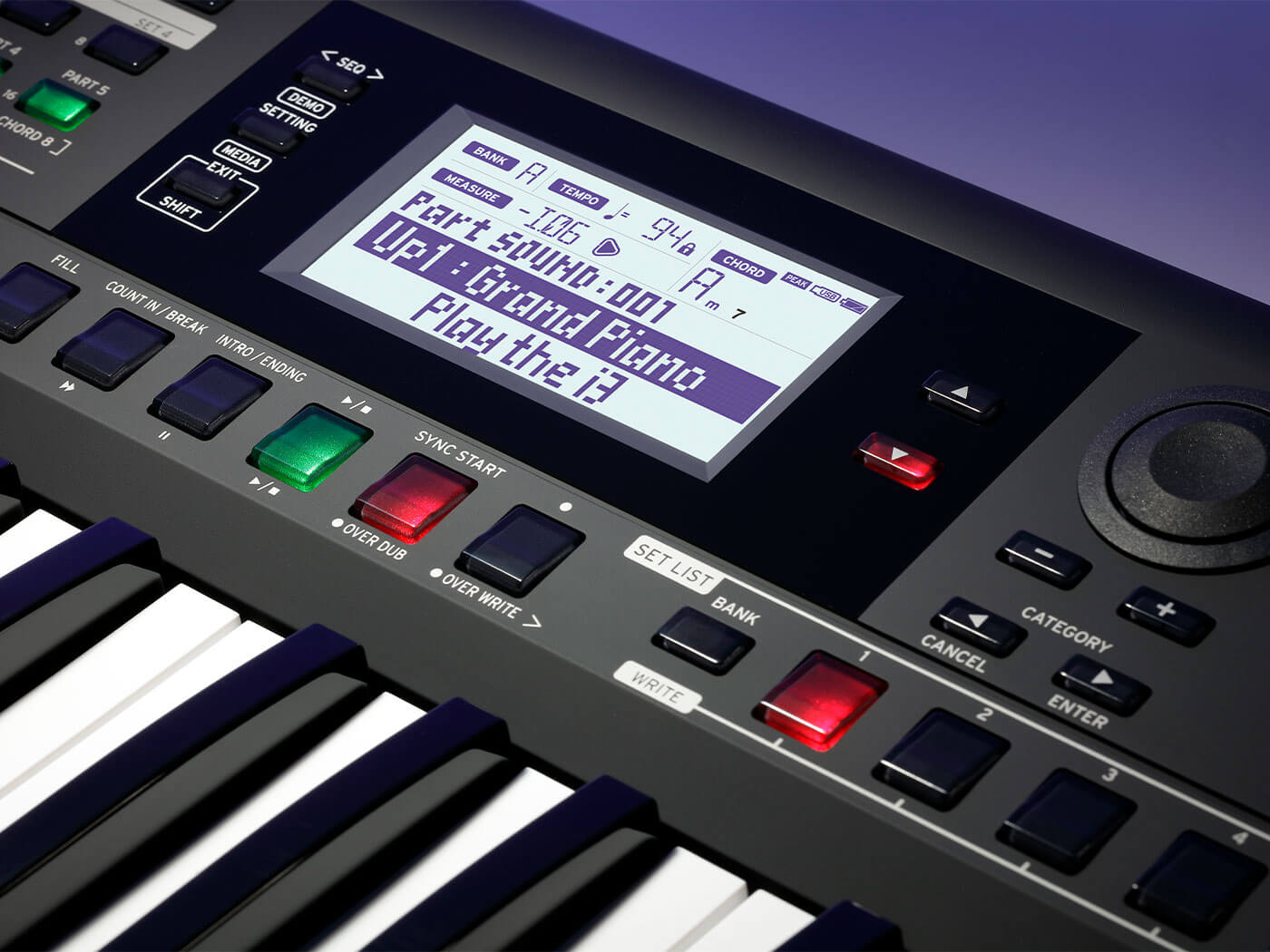 NAMM 2020: Korg adds to its growing list of new products, with two more keyboards to showcase at the upcoming NAMM event in Anaheim, California.

Korg appears to be on a roll leading up to NAMM, with yet another product announcement today, and still at least one left tomorrow (10 January 2020). The two new keyboards on show at NAMM are the EK-50L and the i3, which could prove to be ideal for performance applications. The former being a specialised model of the EK-50, a popular affordable keyboard with automatic accompaniment.

The EK-50L is dubbed as an Entertainer Keyboard, featuring high-volume speakers designed to project your playing in a café or other small event without needing a PA system. The speakers are twice as powerful as it’s predecessor, and can run on batteries. A black rubberised finish will ensure durability, and panel printing in two colours, red and white, make it easy on the eye.

Sounds within the EK-50L are also taken from the original, but now with an extra 87 preset sounds, 18 preset drum kits and 24 keyboard sets that each combines four parts. Ten backing pattern styles are also added, all emphasising current dance music styles. On top of this, iZotope Ozone Elements, Reason Lite, Korg Gadget 2 and Skoove are included as a software bundle to help you jump into recording your own music, plus more soft synths from Korg.

Korg’s i3 keyboard is full-featured 61 key music workstation with a velocity-sensitive keybed, onboard effects and EQ, sequencer, song storage and over 800 instrument sounds. The keyboard is designed for musicians and composers to bring their ideas to life swiftly and expressively.

i3’s sequencer can be used as a linear 16-track recorder. Once recorded, the project can be exported as a MIDI file, ready to upload into a DAW or other MIDI-compatible system. Performance Recording Mode will allow you to capture an entire performance on the i3 and export as a 44.1kHz WAV file.

Two quarter-inch jack outputs can be found on the back panel for left/mono and right channel outputs, in addition to an eighth-inch headphone out. A quarter-inch jack is also provided for a foot control, the function of which can be defined by the settings of the i3. A MIDI output sends data to other MIDI-equipped gear, and two USB ports are provided to save data to a flash drive or connect to a computer.

See what else is happening at NAMM 2020 on our hub page.