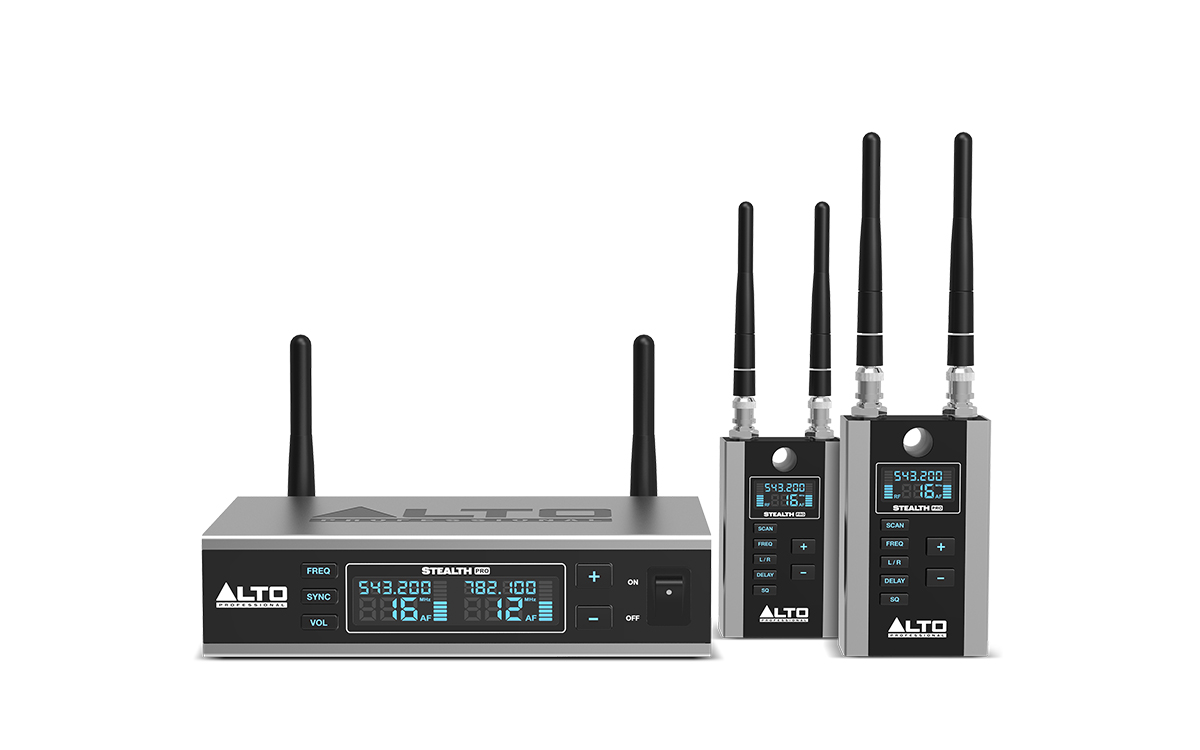 Alto Professional have announced the expansion of their Stealth Wireless series. Read on for more information

Stealth Wireless Pro contains a single dual-channel transmitter with a 2-antenna system (either dual mono or stereo switchable) for true diversity operation. A front panel LCD screen with dual frequency display conveniently shows the RF frequency and channel as well as the AF signal level for each channel.

The trim-sized unit is easily 1U rack-mountable, with two units fitting side-by-side in a 19” rack. The included rack kit includes BNC connectors for attaching antennae at the front of the rack. BNC extension cables are also included. This self-contained kit provides a convenient wireless path to carry a stereo audio signal from the main mixing/listening location to the sound system.

Stealth Wireless Pro can be set for mono or stereo use. Two XLR + balanced TRS 1/4″ combo inputs on the transmitter accommodate the main outputs from nearly any mixing board or console. Each of the receiving units has a single XLR output to send the signal to a powered speaker array or a traditional amplifier-and-speaker combo.

Two receivers are included with the system. They feature slim-line metal housings, dual removable and swiveling hinged antennas, delay line functionality and a Feature Lock Switch to prevent unintended operation once the system is configured. The Stealth Wireless Pro Expander Pack
provides two additional receivers for adding more loudspeakers to a system and providing increased coverage. The user may add as many expander packs as needed to accommodate any size system.

“For sound professionals, setup time and simplicity are of paramount importance. But there can be no reduction in audio quality for the sake of convenience. Stealth Wireless Pro delivers exactly what these professionals demand—faster setup/teardown, LCD displays for instant visual confirmation of system configuration, and absolutely uncompromised audio quality. It’s just what they asked for,” said Dustin Plumb, Product Manager for Alto Professional.