Finally, something useful for MacBook users with Thunderbolt. We’ll be trying this out very soon alongside a UAD card to see if they play nice. Shame it’s not the right colour though… Here is the official press release: Sonnet today announced the Echo™ 15 Thunderbolt™ Dock, a fully featured docking station for Mac® and Windows® […] 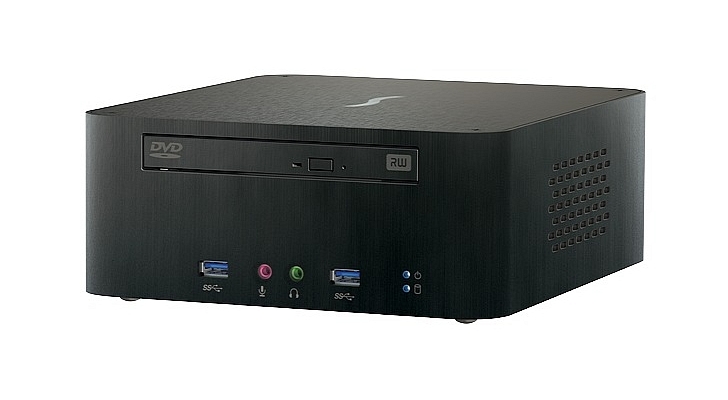 Finally, something useful for MacBook users with Thunderbolt. We’ll be trying this out very soon alongside a UAD card to see if they play nice. Shame it’s not the right colour though…

Here is the official press release:

Sonnet today announced the Echo™ 15 Thunderbolt™ Dock, a fully featured docking station for Mac® and Windows® computers with Thunderbolt ports. Sonnet’s latest Thunderbolt technology product features 15 ports: four USB 3.0, one Gigabit Ethernet, one FireWire® 800, one headphone, one microphone, one speaker, one audio in, one pass-through Thunderbolt (for either another Thunderbolt device or an external display), two eSATA, and two internal SATA (one port for included optical disc drive and one 6 Gb/s port for a user-installable 2.5-inch SSD or 3.5-inch hard drive). In addition, the Echo 15 Thunderbolt Dock includes an 8x DVD±RW drive, or optionally, a Blu-ray™ BD-ROM/8x DVD±RW drive with Blu-ray player software for OS X®.

“Today’s portable computers deliver great performance, enabling people to work and play almost anywhere. Moving between work or school and home can frequently mean attaching and disconnecting multiple devices such as hard drives, printers, keyboards, iPhone®/iPod® docks, mice, networks, speakers, headsets, optical disc drives, and external displays,” said Robert Farnsworth, CEO, Sonnet Technologies. “The Echo 15 Thunderbolt Dock gives users a simple way to attach to and disconnect from all these peripherals and more, using a single cable.”
With the introduction of new, thinner, lighter computers, manufacturers continue to remove interfaces and optical drives that were once standard. The Echo 15 Thunderbolt Dock offers a simple way to restore FireWire 800, Gigabit Ethernet, eSATA, audio, and add additional USB 3.0 connectivity plus an optical drive to load software, import CDs, burn CDs and DVD-ROMs, and play DVDs and even Blu-ray movies. Peripherals are left connected to the dock using standard cables, while the dock connects to the computer with a single Thunderbolt cable. When it is time to take the computer and go, the user needs only to disconnect the Thunderbolt cable.
With the purchase of the Sonnet dock with Blu-ray drive option, software to enable Blu-ray disc playback on Mac computers is included. All models support the installation of a standard SSD or hard drive for backing up data or hosting a media library. For Mac users, this means their Time Machine® backup drive can be installed inside the dock.
Sonnet designed the Echo 15 Thunderbolt Dock for maximum flexibility in use. The case may be set horizontally or vertically to save space on the desktop. Both the front and back of the enclosure include USB 3.0, audio input, and audio output connections to support the handy connection of devices such as a microphone, thumb drives, headphones, or a cell phone for synching and rapid charging. The internal drive bay supports the installation of either a 6 Gb/s SATA 2.5-inch SSD or 3.5-inch HDD, providing an ideal solution for adding storage capacity without having to connect another external drive and its power brick. Dual Thunderbolt ports enable the Echo 15 Thunderbolt Dock to support daisy-chaining of Thunderbolt peripherals, and to be placed anywhere in a Thunderbolt device chain. The Echo dock also supports the connection of a Thunderbolt or display port monitor, or other display interface type with an appropriate adapter.
“The call for more mainstream Thunderbolt peripherals continues to grow louder every day,” added Farnsworth. “While ordinary docking stations are a handy solution for attaching and disconnecting common peripherals on a frequent basis, we saw an opportunity to improve upon the basic concept and deliver better value to users. In addition to the most-requested interfaces, the Echo 15 Thunderbolt Dock adds an optical drive and the space and connectors to install an HDD or SSD — all in the same case.”
The Echo 15 Thunderbolt Dock with DVD Drive (part number ECHO-TBD-CD-0TB) has a suggested retail price of $399.95. The Echo 15 Thunderbolt Dock with Blu-ray Drive (part number ECHO-TBD-BL-0TB) has a suggested retail price of $449.95. The Echo 15 Thunderbolt Dock with DVD Drive Plus 2TB HDD (part number ECHO-TBD-CD-2TB) has a suggested retail price of $499.95. The Echo 15 Thunderbolt Dock with Blu-ray Drive Plus 2TB HDD (part number ECHO-TBD-BL-2TB) has a suggested retail price of $549.95. Compatible with OS X 10.8.2+, Windows 8, and Windows 7, all models are expected to be available by summer. Models without an HDD will be available from Sonnet and its resellers, while models with an HDD will be sold exclusively through Sonnet’s online store. More information on the products is available at www.sonnettech.com/product/echo15thunderboltdock.html.
More information on Sonnet and its other products is available at www.sonnettech.com.
Sonnet
#Accessories