The music of the night gets a modern update with this very listenable house remix. 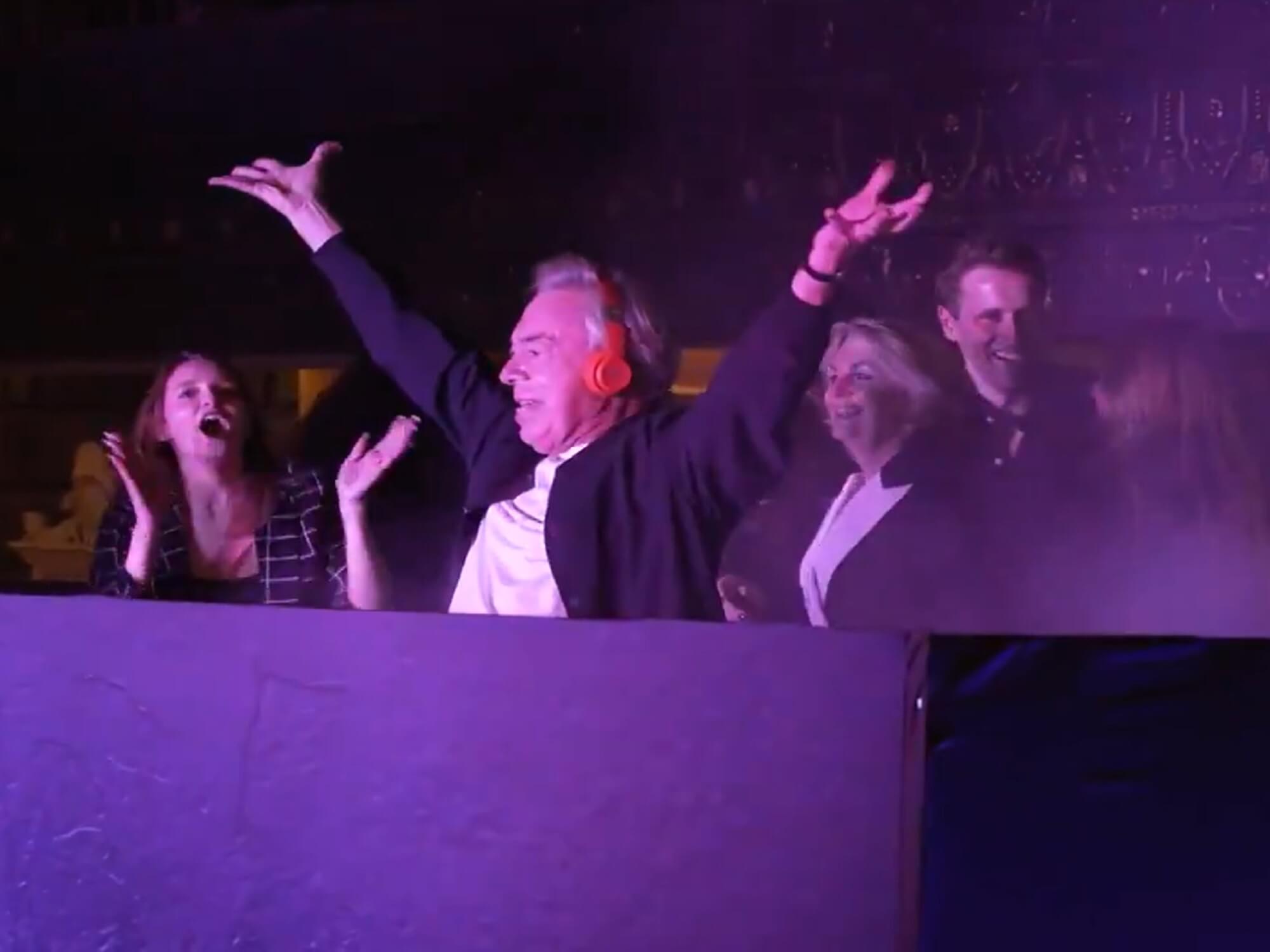 Andrew Lloyd Webber, the legendary composer behind works such as Jesus Christ Superstar, The Phantom of The Opera, Evita, and Cats has created masterpieces that continue to make an impact on pop culture, but few expected the maestro to hold his debut DJ set outside Broadway’s iconic Majestic Theatre.

In celebration of his musical The Phantom of The Opera reopening at the theatre, Lloyd Webber – that night known as “DJ Webz” – took to an elevated DJ booth outside the Majestic to treat a crowd of approximately 1,000 to special remixes of some of his greatest hits. It was the afterparty following the evening’s theatre performance.

His opening number, The Phantom of the Opera (ID Remix), was shared on Lloyd Webber’s Twitter, and is a fascinating rework of the iconic musical that retains the operatic vocals and dramatic strings, but underlaid with a house beat. Given that Lloyd Webber himself presented the remix, it’s perhaps no surprise that the two seemingly incongruent genres have come together to make an actual banger.

Thank you for those who attended my first ever DJ set last night at The Majestic @PhantomOpera block party. Excited on what could be next for me. Broadway, London… Ibiza? – ALW pic.twitter.com/fuHVdlMD4T

Lloyd Webber also mused in his tweet about performing in Ibiza, and we get the feeling an invitation could be due very soon.

New York news outlet PIX11 reported that the audience at the DJ set included Senator Chuck Schumer of the Democratic Party, and all who attended were given phantom masks to commemorate the event.