Watch: Footage of Frank Ocean singing at his graduation in 2005 has been unearthed

Fans think “he’s improved” since the video was taken 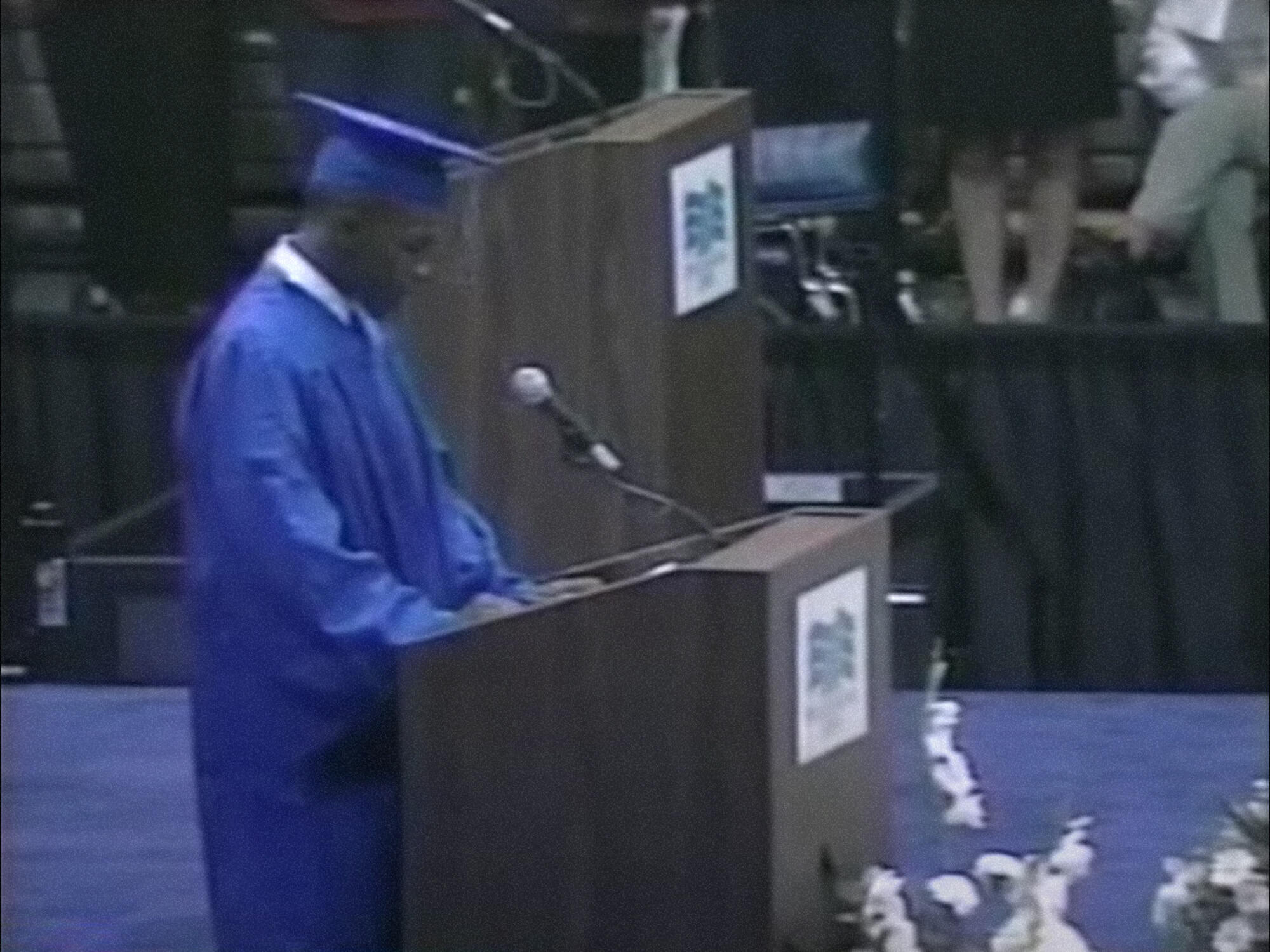 A video of Frank Ocean singing his school anthem at his graduation in 2005 has recently surfaced on the internet, with fans quick to note how far the Pink + White singer has come since then.

The video shows a 17-year-old Christopher Breaux (Ocean’s real name) at his former school, John Ehret High School in New Orleans, taking to the podium to belt out his school anthem in a blue robe and mortarboard hat.

You can take a look at his performance in the clip below:

Users on Twitter were quick to respond, with the video earning over 23,000 likes. One user commented, “He’s improved so much” while another joked: “Finally [a] new song”. Ocean’s most recent studio album was 2016’s Blonde, with single In My Room dropping in 2019, but no follow up record.

Ocean has previously commented on how he struggled with school and dealing with authority. In a previous interview with W he stated, “I didn’t have a deep affection for authority. I was expelled and suspended it felt like every five minutes, every school year until I became obsessed with figuring out how to make a career in music.” He also noted how he grew up close to his family in New Orleans noting, “We didn’t, you know, have a ton of money. So let’s say one month the water’s off or one month the power’s off down the street. My cousins would be at the house with me for that time. And my friends would be there a lot. It was just the hangout in the neighbourhood. I liked that.”

You can watch a longer version of the clip on YouTube below: