“You’d never know” how many takes are being used unless you see it for yourself. 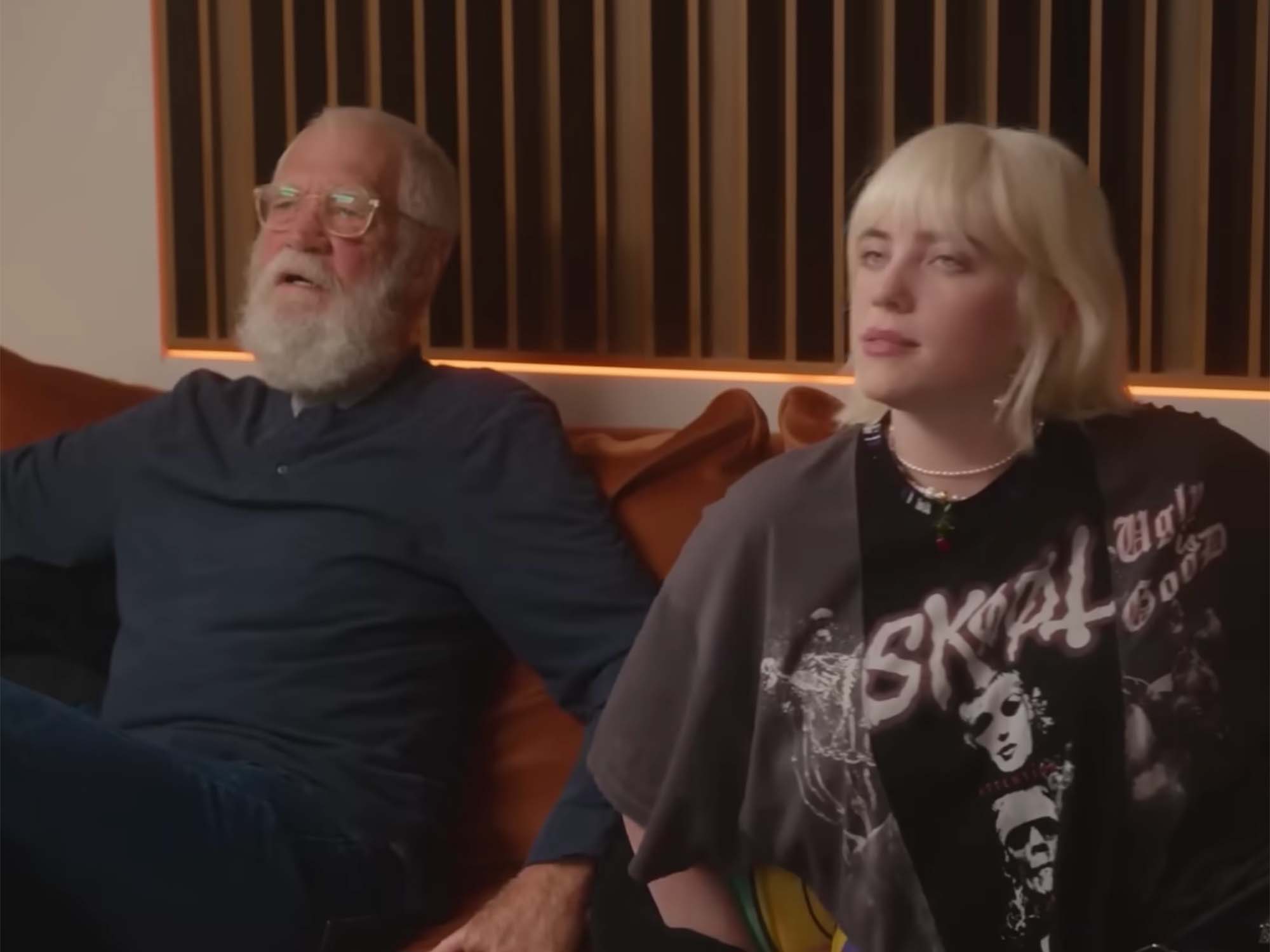 Billie Eilish and FINNEAS gave David Letterman a lesson in vocal comping, showing off the processes that went into the creation of the hit song Happier than Ever.

In a clip from an episode of David Letterman’s new Netflix series My Next Guest Needs No Introduction, Eilish and brother/producer FINNEAS, explain the complexity and volume of takes used to create a single vocal track in a pop song.

Using 87 different takes, seen clearly visible on a Logic Pro session, Eilish explains that she “makes sure there’s something useable” in every vocal recording before FINNEAS compiles and edits it all together to create a finished vocal stem.

As Letterman sits in the studio in awe, Eilish plays through the track, showing where exactly where takes are glued together before exclaiming in excitement that “you’d never know” how many takes were being used – unless you could see it.

David Letterman expressed amazement at the complex session in comparison to what is heard: “To hear your voice in this context is a little bizarre because I’m looking at things there representing the voice, I’m hearing the voice – which is, oh my god – and you’re just sitting right there. Not a lot of people get this experience.”

You can watch the full clip from of My Next Guest Needs No Introduction, below:

Further in the episode, the pop star opens up to Letterman about her experiences living with Tourette’s, noting that she has since learned that other musicians also have had to struggle with the syndrome.

“What’s funny is so many people have it that you would never know,” the musician revealed. “A couple of artists have [Tourette’s],” she said, but said she didn’t want to “out them”.