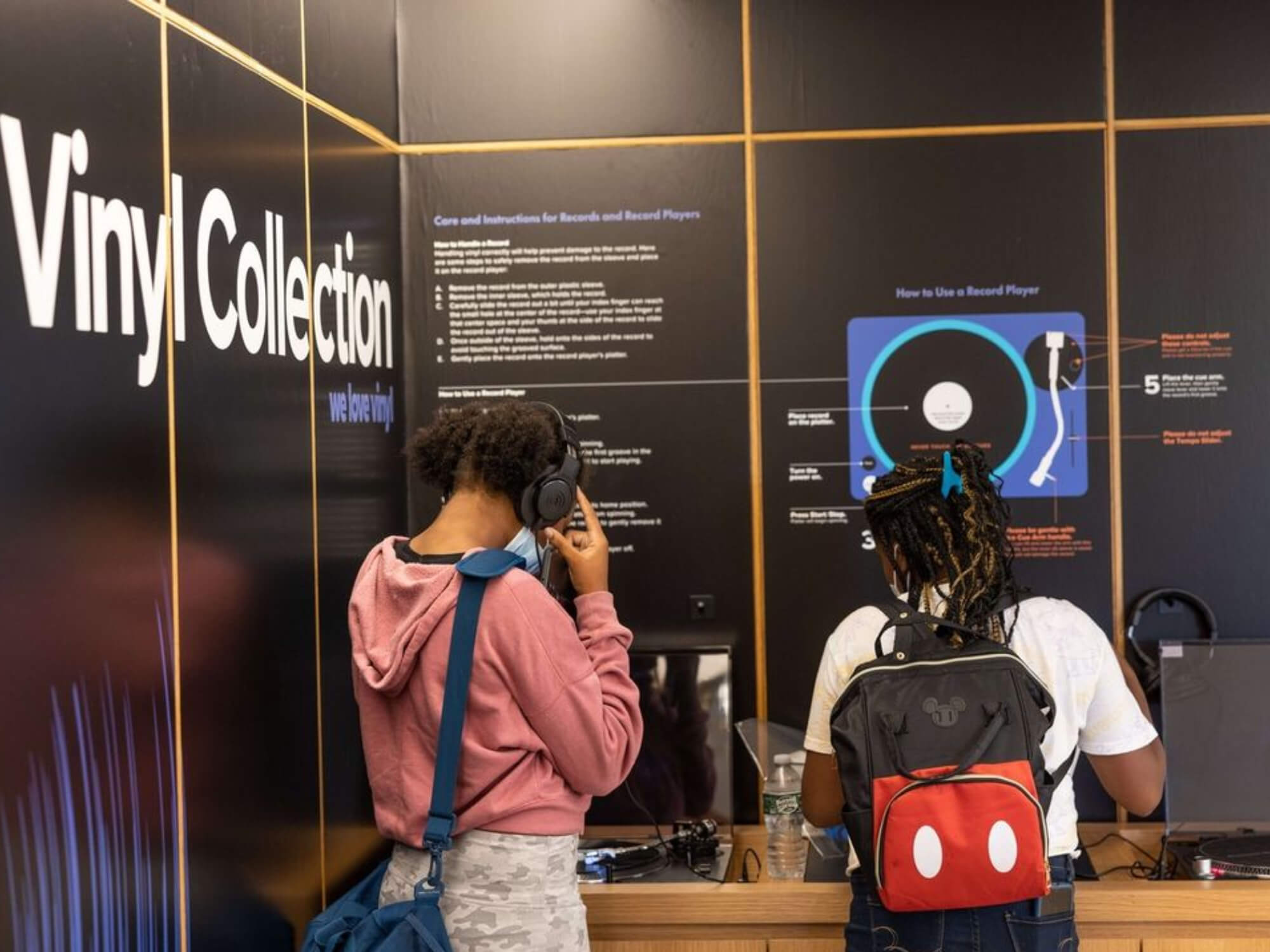 Brooklyn’s Public Library has launched a new public vinyl collection with over 400 records available to be borrowed by music lovers.

Albums by Pink Floyd, Lady Gaga, Erykah Badu, Jay-Z, Madonna and more have been included in the collection, and listening stations have been set up in the library for visitors to enjoy music at the venue. Library cardholders can borrow up to three records at a time for a three-week period, and records cannot be put on hold in advance. Interested music lovers will also have to physically borrow and return the vinyl records in person.

There is no fine for lost or damaged records, though the library will charge a replacement fee. Vinyl newcomers can also find instructions on how to operate a record player at the library itself, and the librarians can be asked to assist should there be any questions.

The Brooklyn Public Library also holds classes on audio production and DJing. More information is available at the library’s website.

A new sustainable vinyl manufacturing process was recently announced by British tech startup elasticStage. The startup claims that its new “patent-pending” method requires less energy, and does away completely with the use of PVC and harmful chemicals. Shifting away from the “old-fashioned way” of pressing vinyl, “each manufactured record is a first-generation recording,” says elasticStage.

The vinyl revival of recent times has been met with a global shortage of production materials has led to considerably lengthened lead times, which has caused complaints from smaller artists who cannot get vinyl’s made due to the demand from larger acts.