Snoop Dogg, Eminem and Dr. Dre pictured in the studio together

Fans are speculating over a collaboration 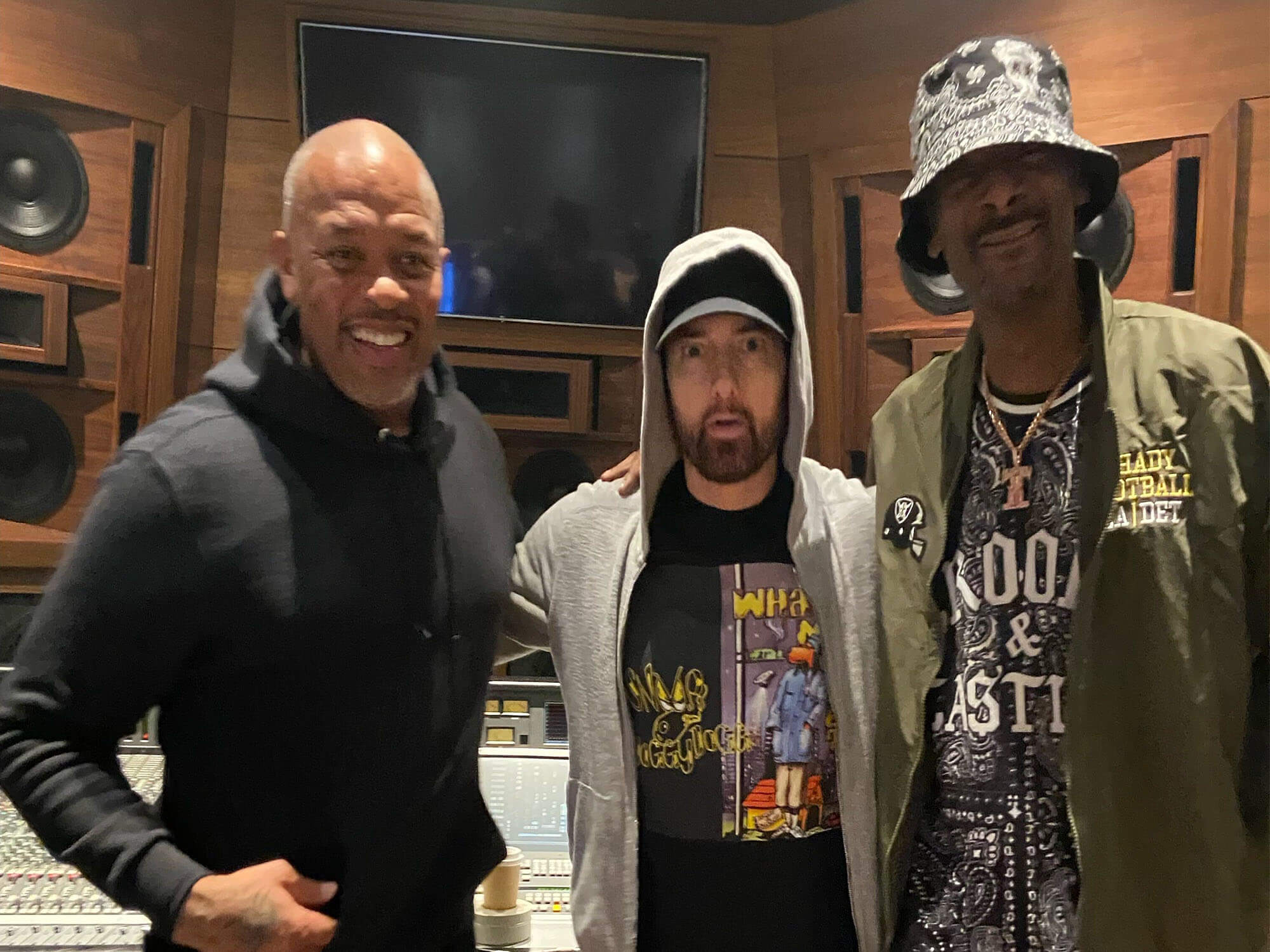 Snoop Dogg, Eminem and Dr. Dre have been pictured in the studio together in a snap which Eminem shared to Twitter yesterday (August 15).

Marshall Mathers captioned the photo, “just a few bros.. hangin out.” No further details of an album or single have been confirmed (or denied) as of yet and fans are already hopeful for an upcoming release.

The three artists have all worked together before in some vicinity – Snoop Dogg and Eminem both featured on Dr. Dre’s second studio album 2001 on separate tracks with Mathers appearing on songs such as Forgot About Dre and What’s The Difference, while Snoop featured on The Next Episode, Still D.R.E and two others. Dr. Dre also produced and contributed to some of Mathers’ biggest hits including The Real Slim Shady and My Name Is.

There is yet to be a song which features all three on one track, or an album made collaboratively. It appears that fans are hoping for one, if not both, of those potential outcomes to come from their time in the studio.

Snoop Dogg confirmed he was working with Dr.Dre earlier this month telling ET Online, “We’re cooking up a little something, I don’t wanna talk about it too much, but we’re back together again. It’s been 30 years since we worked on a record, and we’re doin’ something, we’re workin’ on something.” He didn’t mention Eminem at the time.

The trio of hip-hop legends also took to the stage back in February for the Superbowl Halftime Show which additionally saw artists such as Kendrick Lamar and Anderson .Paak perform.