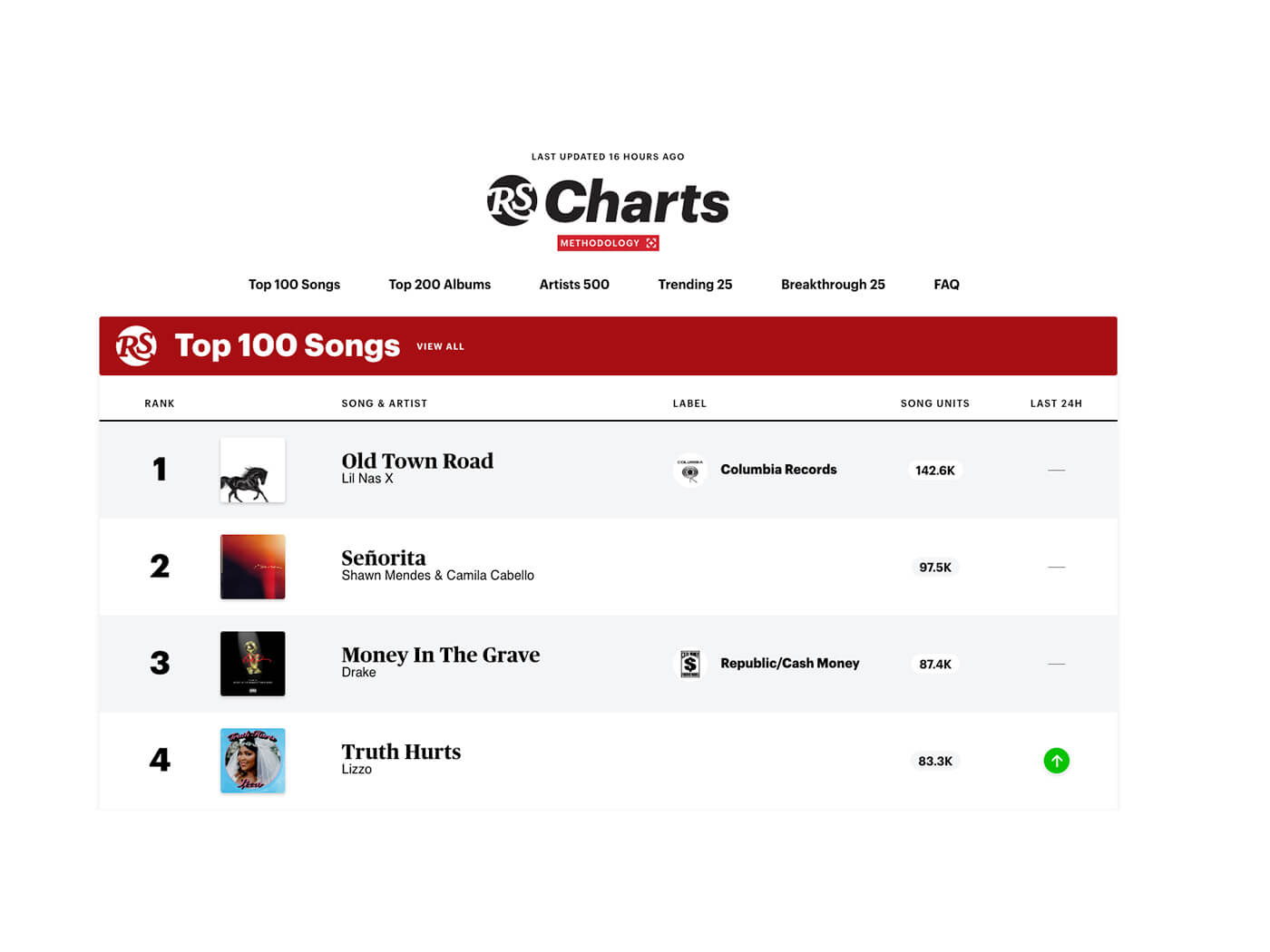 Two months ago, Rolling Stone announced Charts, a set of interactive music charts that are updated daily rather than weekly. The service has now arrived with the objective of providing timely and impartial rankings of the hottest tracks, albums and artists.

RS’ Charts are powered by an independent analytics company known as Alpha Data, which collates and processes data from “dozens of major suppliers”, according to the magazine. The charts are then automatically populated daily in almost real-time, with overviews generated at the end of every week.

The five charts currently available to view are Top 100 Songs, Top 200 Albums, Artists 500, Trending 25 and Breakthrough 25. The last three are of particular interest: Artists 500 ranks the most in-demand artists of the week based on audio streams, Trending 25 ranks the songs that have spiked in popularity each week, while Breakthrough 25 hones in on rising artists who’ve just made their first chart appearances.

The goal of Charts is to provide more insight into current music consumption tastes. However, it should be noted that this approach isn’t new, with Spotify’s Top 200 and Viral 50 lists also displaying the number of streams a track has racked up daily.