Red Hot Chilli Peppers’ John Frusciante on Rick Rubin’s use of space: “I can let music happen without proposing to attack it.”

“I was realising that a lot of power can come from not hitting the strings super hard every time, from not filling up all the spaces with notes.” 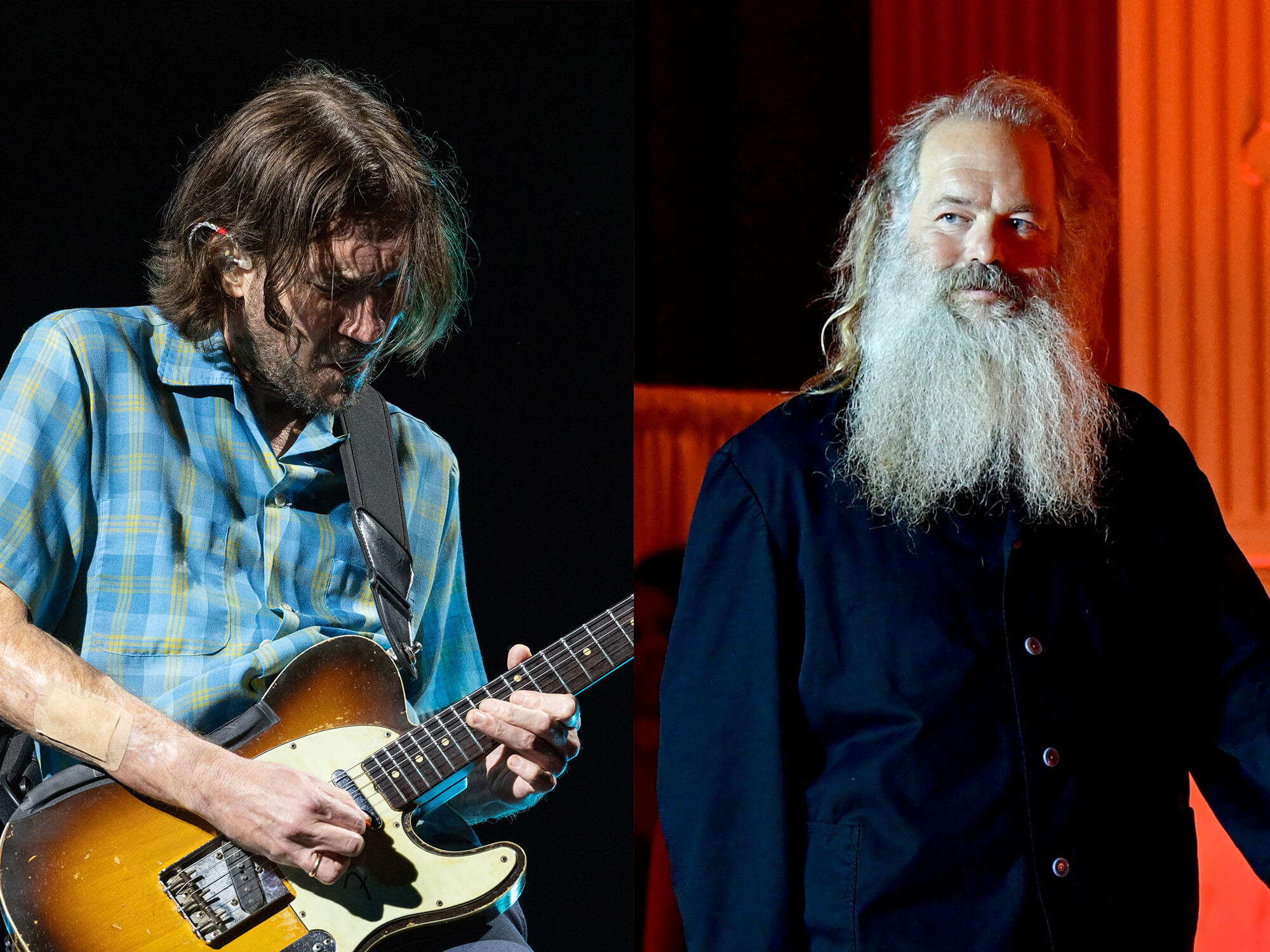 Red Hot Chilli Peppers guitarist John Frusciante has discussed the influence that esteemed producer Rick Rubin had on the band during the 1990s, in particular his appreciation of musical “space.”

The conversation took place during Rubin’s own podcast, Broken Record with Rick Rubin, which you can listen to below:

During the chat, Frusciante says how Rubin – who produced six albums for the band in the 90s and early 00s – allowed the band to listen to each other more and give each member their own “space” musically.

He also says how softer guitar-based music from the likes of Fishbone, The Velvet Underground, Television, and Peter Gabriel-era Genesis had an impact on him.

“I was realising that a lot of power can come from not hitting the strings super hard every time. From not filling up all the spaces with notes and leaving big spaces… listening to how spacious [Bow Wow Wow]’s playing was.”

On songs such as 1991’s Breaking The Girl and Funky Monks, he says how he was starting to get “power out of simplicity” and was trying not to compete with fellow band member, Flea.

“Flea’s allowed to be busy. If I do it, I sound like I’m eating into everybody else’s space. Appreciating stuff like Led Zeppelin where Jimmy Page… gives so much space to the drums. He’s often not playing – he’ll leave the note to allow the snare drum to be the maximum size that it can be.”

He says that Rubin’s approach differed from the band’s previous producer, Michael Beinhorn, in that he was “there to listen” and “had no thought to impose yourself on the music or the direction at all.”

“You spoke when you had something to say and you were silent the rest of the time. It was really inspiring to us in the way that not pushing yourself on things was exactly what I had come to around that time, like ‘I don’t have to force myself on music. I can let music happen without proposing to attack it.’

“Me playing that way made Flea sound better and that inspired him and he started backing off and not playing so busy himself. We all just got really into listening to each other and supporting each other.

“[In] 1990, we really started to realise what he had as a band and what the chemistry was that was completely separate. In 1989, maybe it was a more energetic, powerful version of the same thing – this felt like something that was unique to us.”

Also in the interview, they discuss making the album Blood Sugar Sex Magik, and Frusciante highlights the “epiphanies” he was having in terms of the direction of his guitar playing and songwriting at the time. He says how he felt like he didn’t have to “prove myself” or “to be what my idea of a Chilli Pepper was”.

“I wanted to try being myself. I was having all these realisations about music that was my favourite music at the time,” he says.