Russia’s invasion of Ukraine has resulted in at least 240 civilian casualties so far. 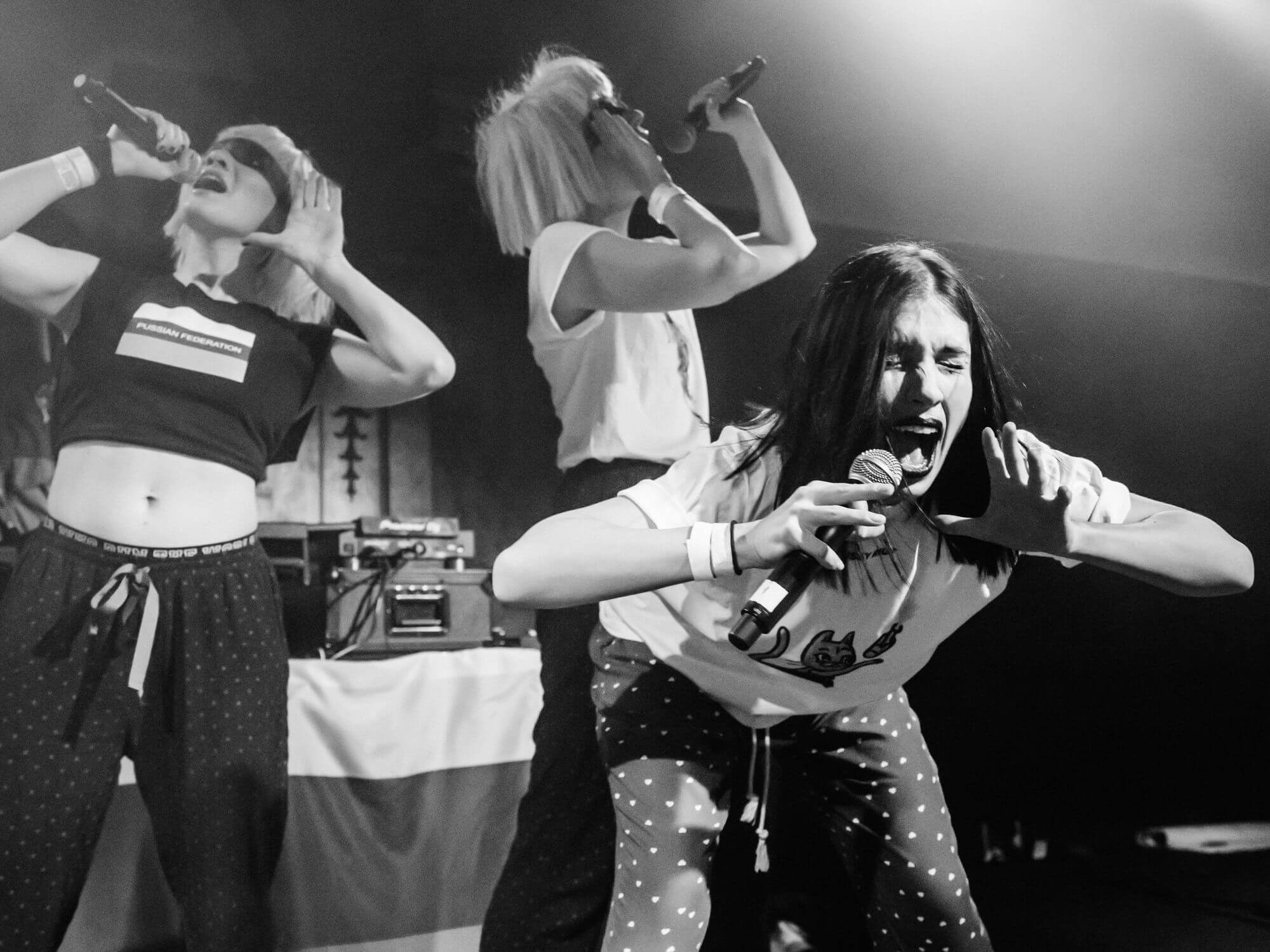 Russia has launched a full-scale attack on Ukraine and Nadya Tolokonnikova of Russian punk rock group Pussy Riot has a strongly-worded message for the president: “Fuck Putin. I hope he dies soon.”

On Saturday (26 February) night, Pussy Riot performed at Terminal 5, a popular music venue in New York City. It was then, per The Rolling Stone, that band member Tolokonnikova spoke out against the Russian president.

“I hate war,” the 32-year-old singer-activist said to fans. “I love peace. I support Ukraine. Fuck Putin. I hope he dies soon.”

In 2012, the band put up an anti-Putin “Punk Prayer” performance in a Moscow cathedral, leading to the arrest of three members who were later sentenced to two years in prison for “hooliganism motivated by religious hatred,” a sentence unanimously criticised by the US, UK, and EU as “disproportionate.”

Saturday night’s show had not been easy for Tolokonnikova, who admitted to Rolling Stone about feeling ‘immeasurably distraught’ ever since Russia had invaded Ukraine. The singer, who pulled out of a duet with headliner Marina on the latter’s new single Purge the Poison, also spoke of her friends in Russia who are in jail for protesting the war.

Despite this, there are no signs that the Pussy Riot members are hitting the brakes on their activism.

The band recently launched UkraineDAO, an NFT campaign to raise funds for Ukrainian civilian groups and relief efforts. NFTs of the Ukrainian flag are minted and sold, raising over $3 million for Ukraine in less than 24 hours. All proceeds go to “Come Back Alive”, a Ukrainian charity initiative touted by Tolokonnikova as “one of the most effective x transparent.”

Funds go towards civilians who help those suffering from the war, "Come Back Alive", one of the most effective x transparent Ukrainian charitable initiatives pic.twitter.com/GUqdYZqrdV

“Our goal is to use what we’re good at, Web3, to assist Ukrainians as they cope with the Russian invasion of their country,” Pussy Riot tweeted about UkraineDAO. “We’ll be buying an NFT of the Ukrainian flag.”

The band also released a statement saying, “We purposefully avoided adding our own art to this release, in a way it’s our strong conceptual artistic statement. People can have different aesthetics, but it’s not about what color we prefer, it’s about uniting to save lives. The Ukrainian flag unites us.”

UkraineDao was created in association with Trippy Labs and PleasrDAO, the crypto group that purchased the one-and-only copy of the Wu-Tang Clan album previously owned by Martin Shkreli.