Peaches on Fuck the Pain Away’s serendipitous recording: “The first time I really put it together, I was playing a small gig opening for a friend back in Toronto for probably 15 people”

“I’m totally not mad at it becoming my signature song. Certain songs represent a coming-of-age for people… For so many people that song is one,” said the artist. 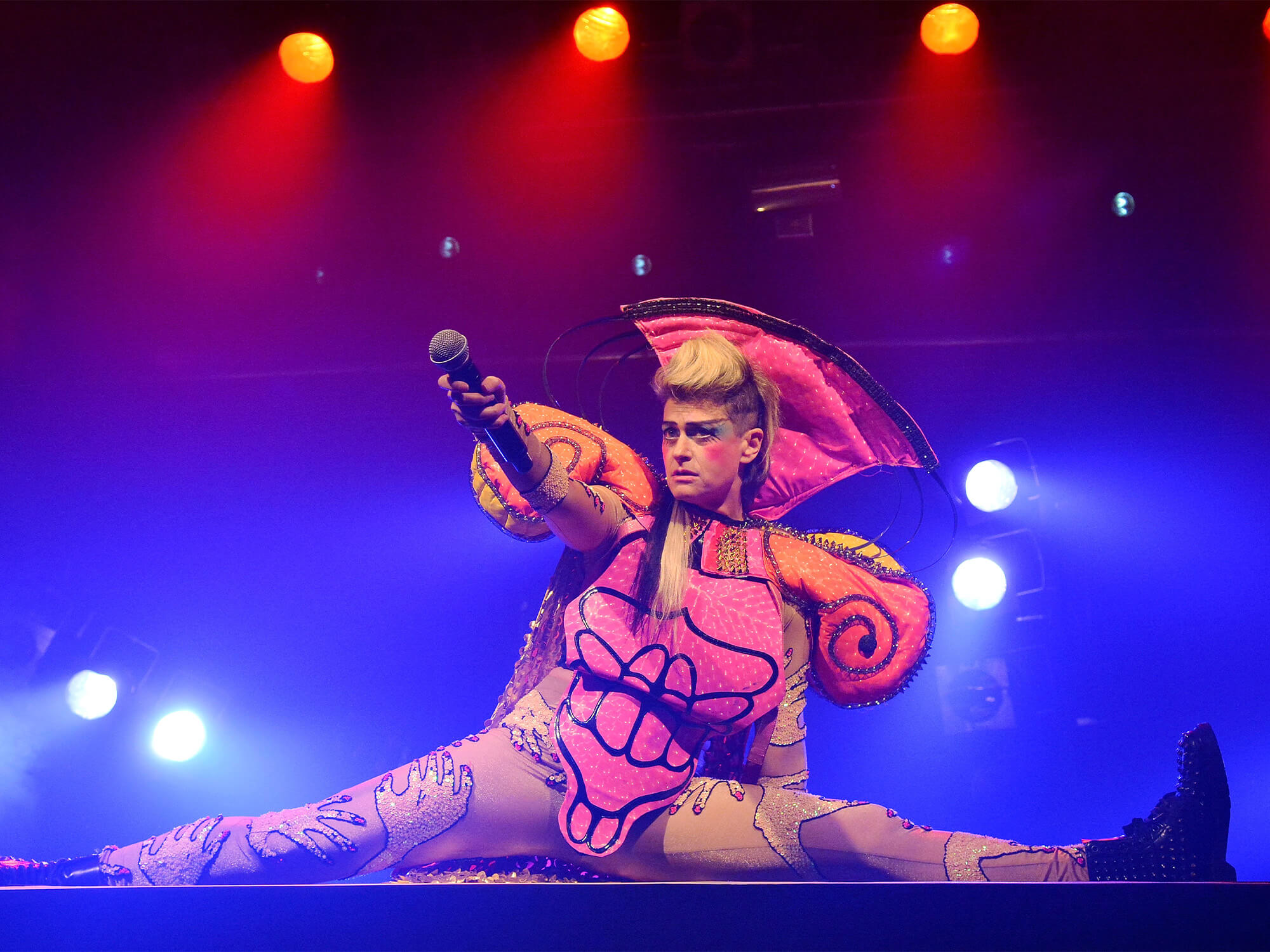 Electroclash musician Merrill Nisker aka Peaches has some interesting stories to tell about the iconic track that started it all.

The pioneering artist — whose music and art often deals with themes of sex, feminism, queerness, and gender identity — sat down in a recent interview with Dazed, where she spoke candidly about some of the greatest hits in her career, including Fuck the Pain Away, the 2000 classic that has remained her signature song even till today.

“I remember being on a plane thinking about the Pat Benatar song Hit Me With Your Best Shot. She sings ‘You’re real tough cookie with a long history of breaking little hearts like you wanted me.’ And somehow that led me to ‘Sucking on my titties like you wanted me’,” she recalled.

“The first time I really put it together, I was playing a small gig opening for a friend back in Toronto for probably 15 people. Afterwards the sound woman said, ‘Oh, I recorded your set on a cassette. If you give me $5 you can have it.’ So I’m like, ‘Yeah, here.’ When I played it back, I was like, ‘Oh, this sounds cool.’ And that’s the song – I never changed it.”

“I put it on a demo because I was thinking maybe I’ll get someone to help me produce it ‘cos I didn’t know what I was doing, you know? But when I’d ask musicians or producers, nobody ever mentioned the production quality or the levels, they just said it sounds fucking cool. So, I was like, ‘Done!’”

The singer also shared that she’s “totally not mad” at the way Fuck the Pain Away has become her signature song, explaining, “certain songs represent a coming-of-age for people. I’ve mine with The Cramps, The Runaways or The Violent Femmes – songs from when I first felt like I was free to be me. For so many people that song is one. How can you be mad at that?”

“It’s a fucking beautiful feeling. And it’s still happening, every couple of years it has a new lease of life because it’s one of those coming-of-age songs.”

Check out the full interview here.