The two streaming giants are now working together to give fans a closer look at the music from some of their favourite movies and series. 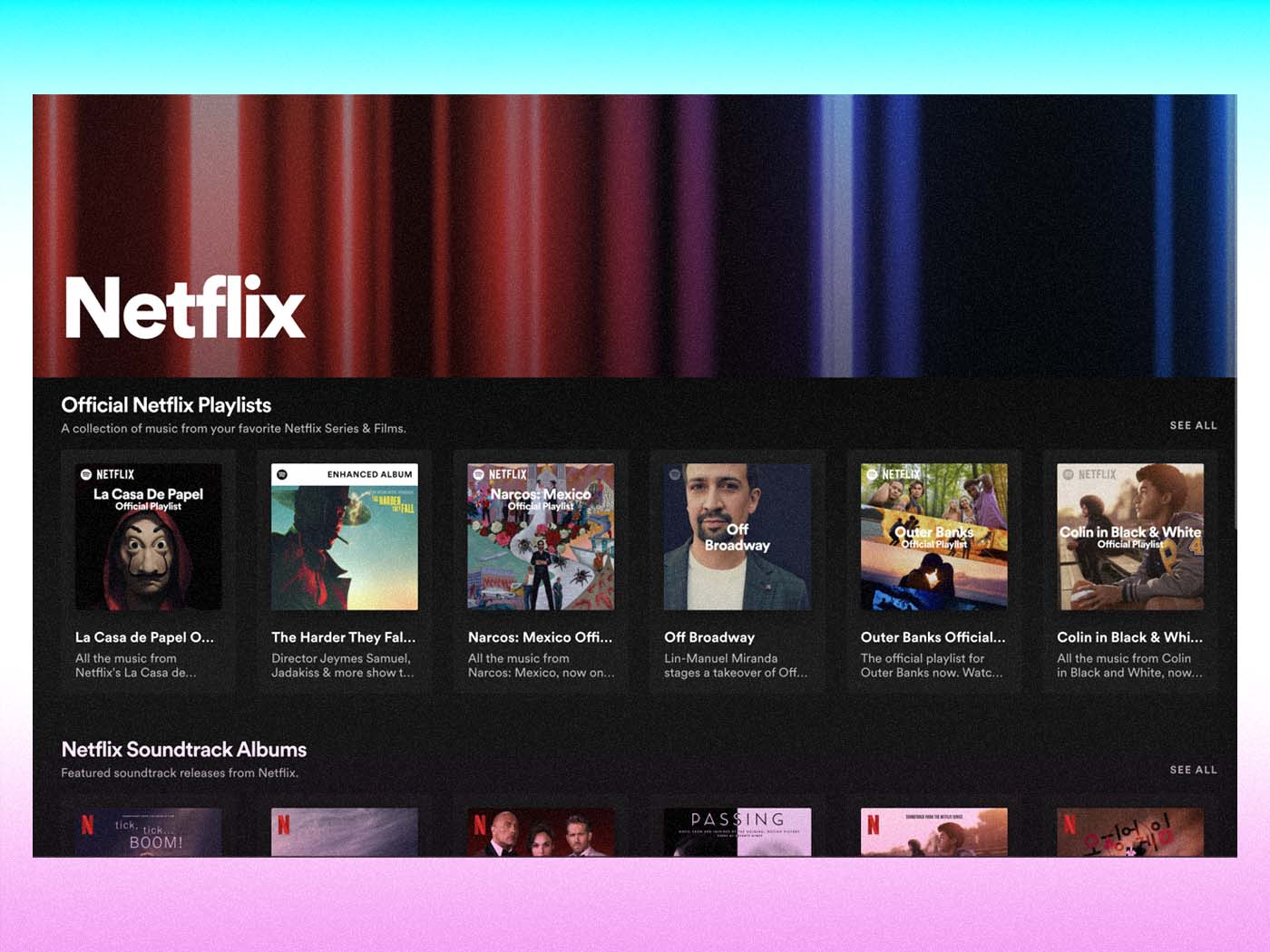 Spotify has just announced its new Netflix hub that features music and playlists from the streaming giant’s series and movies, and best of all, it’s accessible to both the free and paid tiers by just searching for “Netflix” on the Spotify app.

In a Spotify Newsroom post, the streaming platform pointed to users coming to Spotify to create playlists related to their favourite shows after watching them as the main impetus for the collaboration.

It features the official soundtracks for shows such as Cowboy Bebop, Bruised, and the cultural phenomenon of a hit, Squid Game, alongside official playlists for series like La Case de Papel and Bridgerton. The hub also contains a special “enhanced album experience” for The Harder They Fall, Netflix’s new movie, and features a special behind-the-scenes look at the creation of the soundtrack, led by Jay-Z.

Audio liner notes from the soundtrack’s artists including Kid Cudi, Koffee, and Ms. Lauryn Hill also feature in the enhanced album experience, and can be accessed alongside the behind-the-scenes content through Spotify’s Canvas, Storylines, and playlist Clips features.

Spotify has refreshed the La Casa De Papel destination on their platform to feature new videos from the cast and has added tracks from the latest episodes to the show’s official playlist. Hardcore fans can take a Character Match Playlist Quiz that will let them find out their La Banda character and soundtrack match.

Podcast fans will also have something to be excited about, as Netflix’s Okay, Now Listen, Netflix Is A Daily Joke, 10/10 (Would Recommend), and The Crown: The Official podcasts will also be available on the Netflix hub.