He kept working while attached to a drip as his throat was closing up. 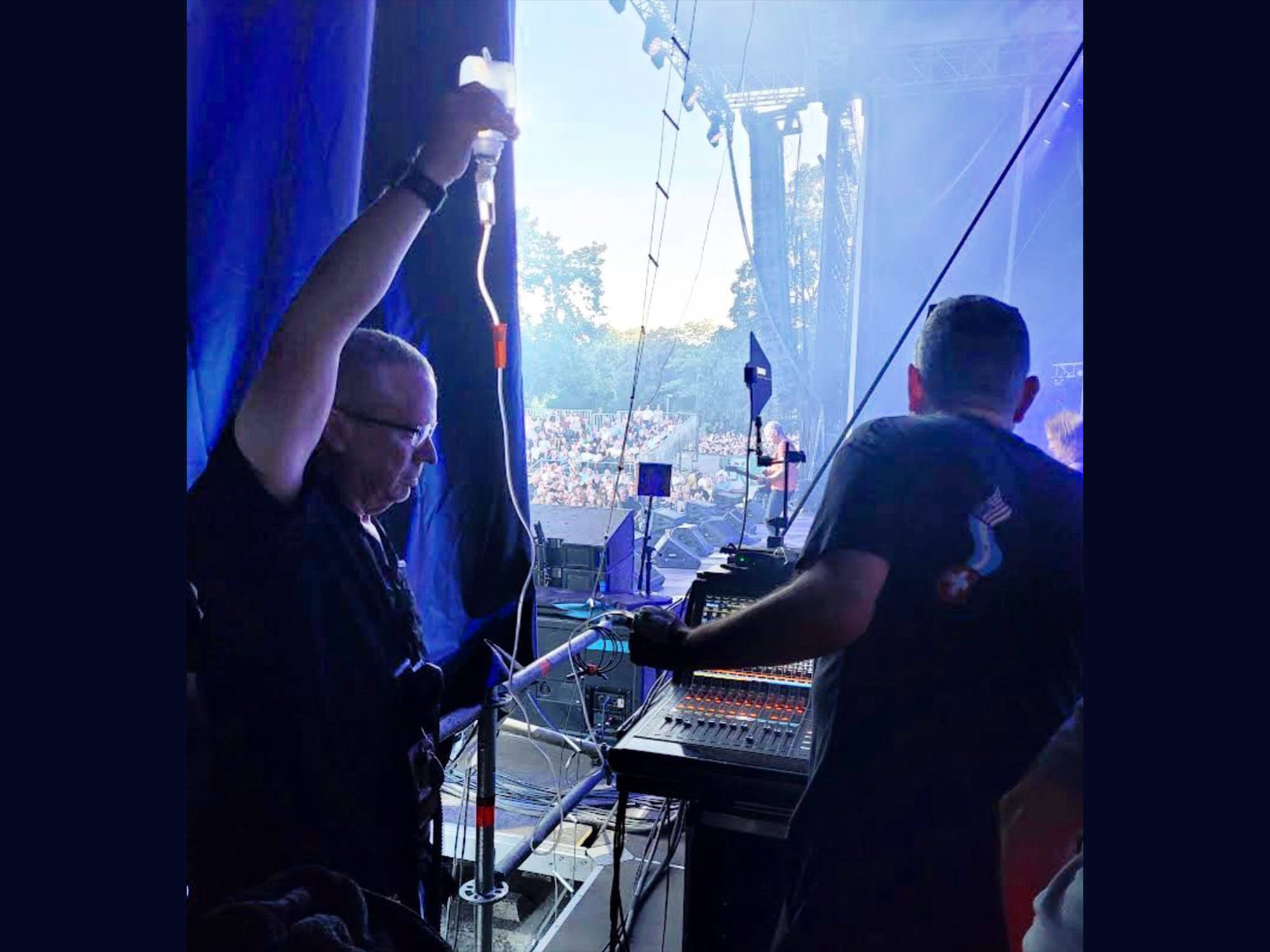 A monitor engineer recently continued working through his set whilst suffering an allergic reaction from a wasp sting. He carried on through the show with zero downtime while attached to a drip and the band never even knew.

The engineer was working for Sting – go figure – on his My Songs tour when the incident occurred. Joe Sumner, musician and son of Sting, spoke about the bravery of the engineer in a post on Facebook. He wrote, “Tour Heroes. Today we pay tribute to our monitor engineer the Great Xavier Gendron. Yesterday, during the performance in Mainz he was stung by a wasp directly inside his left ear. That’s a painful problem for any sound engineer to deal with but X is also allergic to these little fuckers. As he continued to run monitors for the show his throat started closing up. Our intrepid stage manager was able to rustle up a team of medics to give him a shot to suppress the allergic reaction and then they attached a drip to keep him going.”

He concluded, “Here he is adjusting levels while the stage manager holds the drip up. In total this incident resulted in zero downtime.  He kept going and only complained in French. The band wasn’t even aware anything had happened till after the show. That’s some serious pro shit right there. The show must go on!”

Tour Heroes. Today we pay tribute to our monitor engineer the Great Xavier Gendron. Yesterday, during the performance in…

Responding to concerned fans in the comments section, Sumner’s reassures that “the medics are not in this picture. But believe me they were right there keeping an eye out.”

He adds in response to another comment that it was “[Gendron’s] choice to continue. I am giving him credit for his fighting spirit, not setting a baseline expectation that health concerns should be ignored.”

Sumner and the Sting crew have come under fire from fans online, with one commenter saying: “This is bullshit. Your tour manager should have stepped in and sent this dude to the hospital. I’m sure you could have lived with the mix that was up for the rest of the show or the venue’s tech could have muddled his way through it. Completely irresponsible. Dude could lose his hearing, his livelihood.”

Another commenter mocked Sumner’s gesture – “”we risked a crew members life because we set ourselves up to have no alternative,” is not the inspirational story you think it is. As a sound engineer, I’ve worked for people like you. But I hope I never do again.”

However, other users praise Gendron for his resilience, saying: “Team of medics on hand giving him the medical attention he needed. He and the team obviously came to the conclusion that he could safely continue. Part of what makes live engineering great is overcoming the challenges and adversity and pulling off a great show in the face of all this. His choice, and he decided the show must go on! Well done!”

Naturally, if this were to happen to you or a fellow crew member, we advise you seek medical advice immediately.