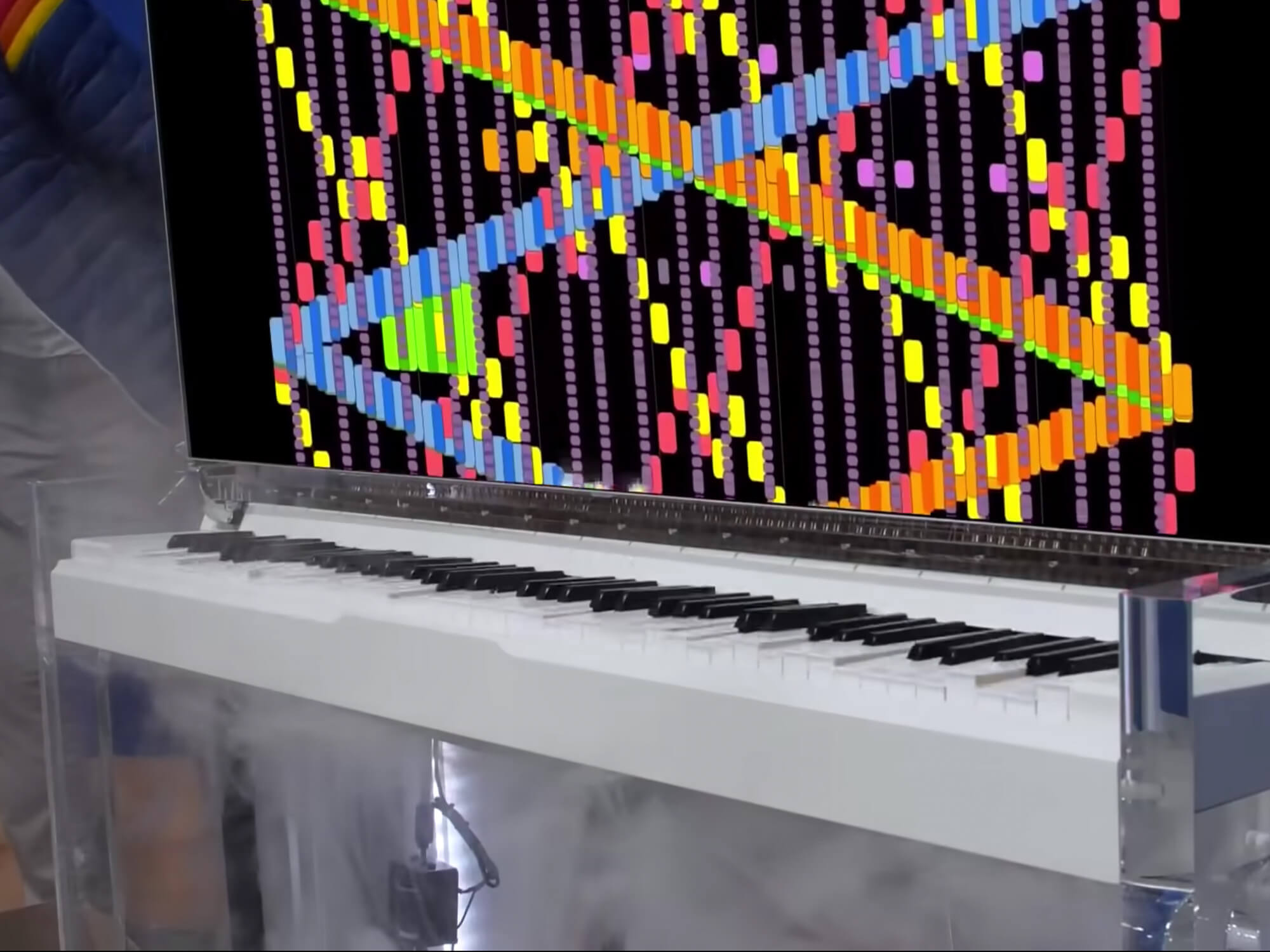 The phonetically-gifted Edelweiss piano is the creation of NASA engineer turned YouTube inventor, Mark Rober. Because Chopstix’s keys are triggered by solenoid actuation, it’s able to perform songs with the full 127 degrees of note velocity.

Rober demonstrates the speaking piano in a video, which reaches its climax with a performance of Rush E, causing Chopstix to go up in smoke.

Black midi combines art made up of thousands – sometimes millions or even billions of MIDI notes – with remixes of songs from pop, anime and gaming culture.

Creators often resort to playing their creations back at slower tempos (in order to not crash their computers) and speeding up the subsequent video.

Chopstix is also capable of ‘speaking’ the English language, applying the same principles as the speaking piano created by composer Peter Ablinger and showcased at the 2009 World Venice Forum.

The timbre of the spoken voice is broken down into different frequencies, which have their corresponding notes performed on the keyboard, allowing the piano to ‘speak’.