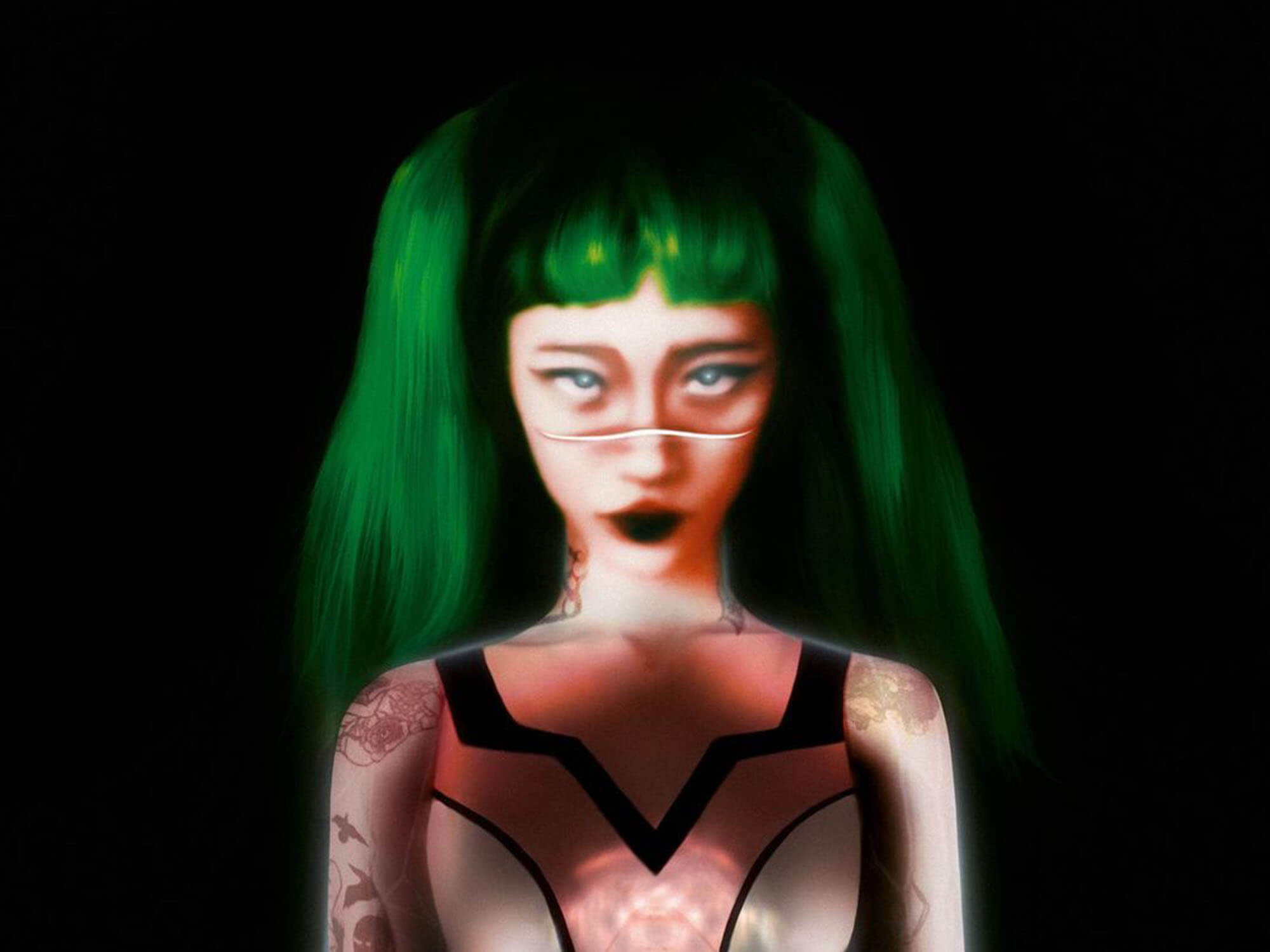 The album is out now via Bayonet Records and can be streamed on major platforms. A limited-edition cassette box restricted to only 150 copies is also available and includes a 4-hour, 44-minute collaboration with Danny L. Harle titled The Things They Did For Me Out of Love.

The record uses elements of video game scores and experimental shoegaze sounds to express yeule’s delicate, feather-light voice and often darker-than-they-seem lyrics. In a press statement, yeule described the album: “This documentation of myself is but a fragment I have tried so very hard to alchemise into the sonic and visual. A journey that can be experienced, as a capsule of time I have captured in the eyes of a daydream deep-dived in emotive, confessional, and somewhat hopeful repertoires of my experiences in the cyborg form.”

“With much love, I hold my pink 18650 close to my heart under the light from a dying sun.”

Listen to Glitch Princess below:

Ćmiel, a fine arts graduate from Saint Martin’s College in London, spoke to MusicTech in October last year about Glitch Princess, which they said was written during pandemic lockdowns. “When I was writing Glitch Princess, the pandemic was happening, and I was isolated a lot. I started going back to my hikikomori ways.”

“My anxiety got so bad that I couldn’t leave, and I was just locked in, again,” they say. “I’m still actually working on that right now. It’s a bit difficult for me to even go to social events, but I’m trying my best. I need to figure out why it’s become so crystallised in my identity to be very isolated, or to prefer isolation.”

They also shared plans for as-yet-unnamed VR/AR project that will see them eventually phasing out in-person shows and creating a fully virtual version of themselves for performances. “We’re doing this long-term project for the yeule live shows to create a fully virtual version of me, so that I no longer have to do shows in physical form,” they say.

“I will still be present. But I think it’s a really interesting idea to create an effigy of yourself.”