Tributes to the iconic producer have poured in. 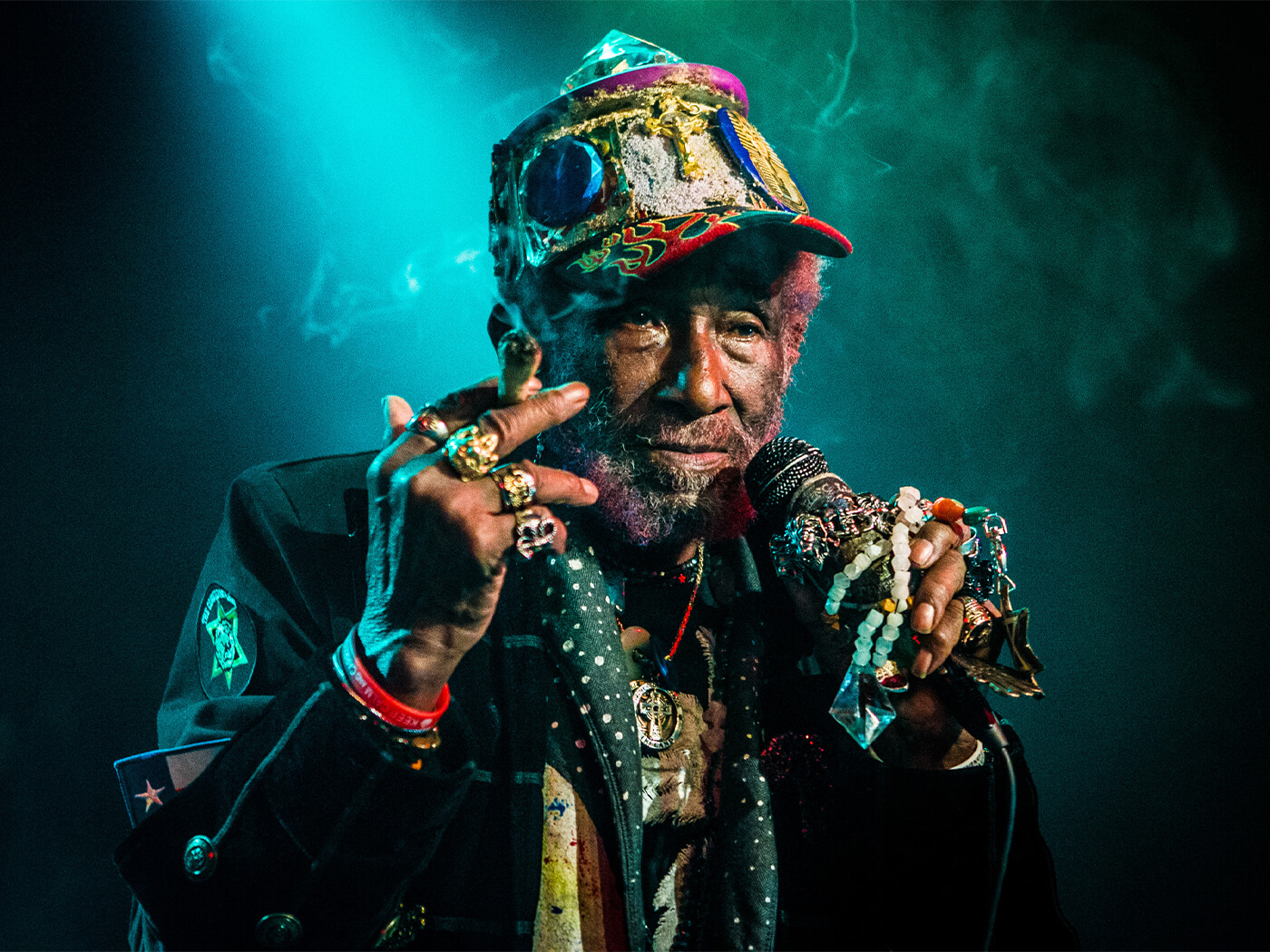 The Jamaican producer, who is widely credited as one of the inventors of dub reggae, has over his career worked with The Wailers, Max Romeo and Junior Murvin. He earned a Grammy in 2003 for his album Jamaican E.T. and was nominated again in 2007, 2009, 2010 and 2014.

Perry will also be remembered for his experimental studio techniques that were both genre-defining and bizarre, such as blowing marijuana smoke onto master tapes. He even once buried microphones at the base of a palm tree to capture a kick drum sound produced by thumping it above ground.

In 1973, Perry’s backyard in Kingston, Jamaica was home to the Black Ark, a recording studio he built so he could have better control his work. Though its setup was rudimentary, the studio was where Perry devised his innovative techniques, and where the likes of Bob Marley, The Congos, Byles, the Heptones and Max Romeo came to cut records.

He explained his studio philosophy in the book Art, Technology, Consciousness: “The studio must be like a living thing, a life itself, the machine must be live and intelligent. Then I put my mind into the machine and the machine perform reality.

“Invisible thought waves – you put them into the machine by sending them through the controls and the knobs or you jack it into the jack panel. The jack panel is the brain itself, so you got to patch up the brain and make the brain a living man, that the brain can take what you sending into it and live.”

In 1979, the Ark burned down in a fire Perry claimed to have started. Following this, Perry began performing and recording with a long list of collaborators, dividing his time largely between the UK and the US.

Tributes to the late producer, from both music fans and peers, have poured in online. See a selection below:

His adventure continues beyond this realm pic.twitter.com/Ta3JWsXI7w

We give thanks for the wonderous life of Lee "Scratch" Perry… the ORIGINAL UPSETTER.