Jamiroquai’s Jay Kay on reviving his SSL mixing console on new music: “There is just something so organic about it”

The desk is an SSL E-Series with G-Series computer. 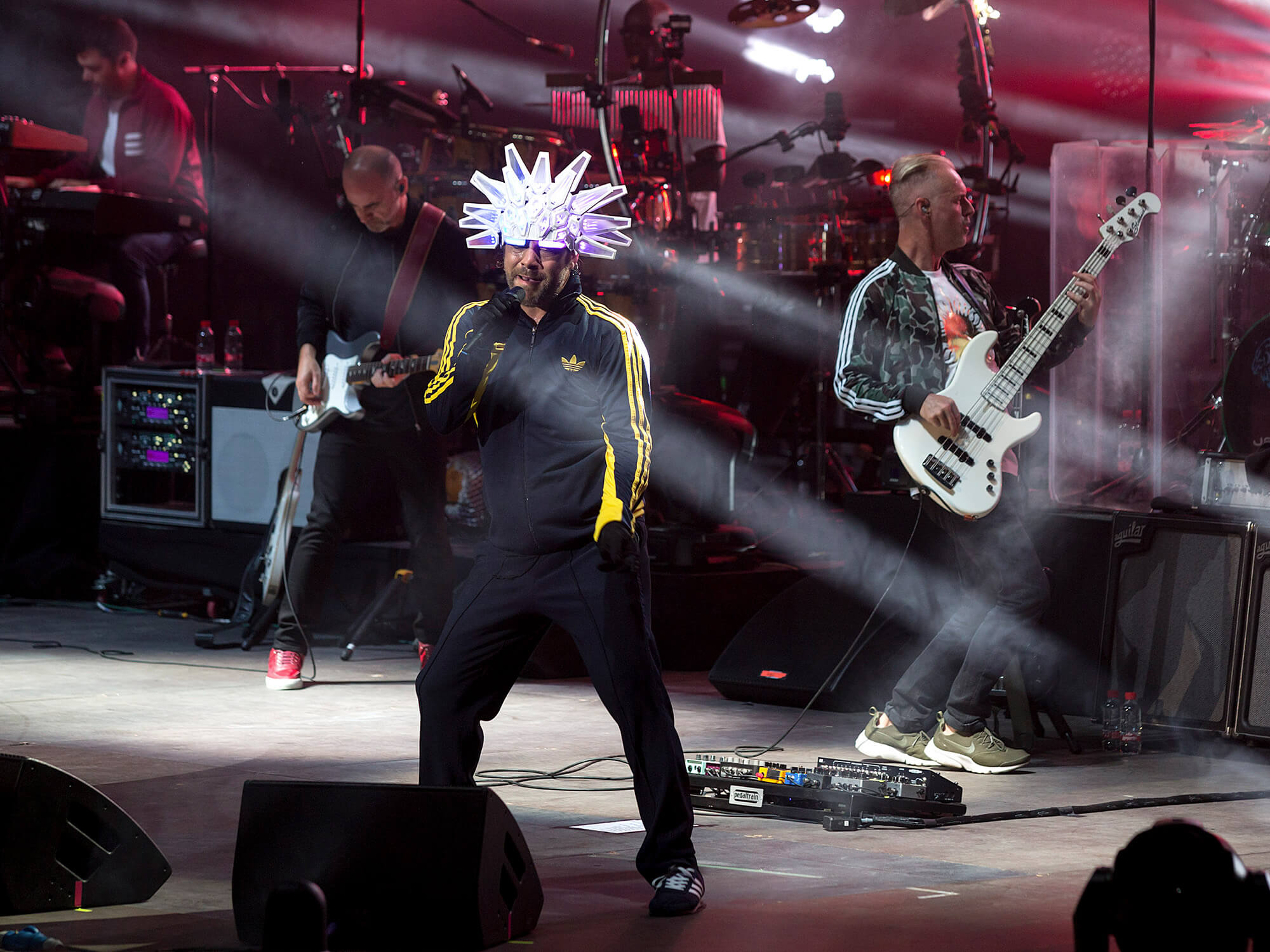 In the age of digital music-making, owning a large mixing desk isn’t as strict a necessity as it once was. That said however, Jamiroquai’s Jay Kay is convinced that his Solid State Logic desk – as heard on band’s album Synkronized – will remain a part of his sound in the years to come.

Kay was speaking in a new interview with Zane Lowe for Apple Music 1, where he revealed his plans to ‘reinstate’ the desk for upcoming musical work after it’d been left “under the cover” for some time.

“We didn’t use it on the last two albums, and […] it’s not a question of the expense even; it’s the question of finding somebody who can get your Solid State Logic E with a G-Series desk back up and running again.”

“There’s just something so organic about it.”

Despite Kay openly expressing his love of the SSL desk on his sleeves, he admitted to nearly selling it before.

“At one point, I was gonna get rid of the desk,” he continued. “Nobody used them anymore. I remember someone saying to me ‘you’ll probably get about five grand for that, mate’ and I was like, ‘you know what, that is an old French, lovely desk and I don’t wanna get rid of it.’”

Jamiroquai engineer Rick Pope discussed Kay’s love for the SSL in an interview with Sound On Sound in 2000.

“Jay wanted an SSL because they are very reliable — and because it makes sense, given that we are just down the road from SSL’s head office,” he said. “It took a while to track down the right console, which then went to Smart Research for a thorough overhaul. It was given such a good clean that we didn’t recognise it when we eventually got it back because it looked brand-new.”

If Kay was right about the SSL being last used three Jamiroquai albums ago, that would make 2005’s Dynamite the last to feature his beloved desk.