The Cosmic Girl singer sat down with Apple Music’s Zane Lowe to speak about his dream collabs. 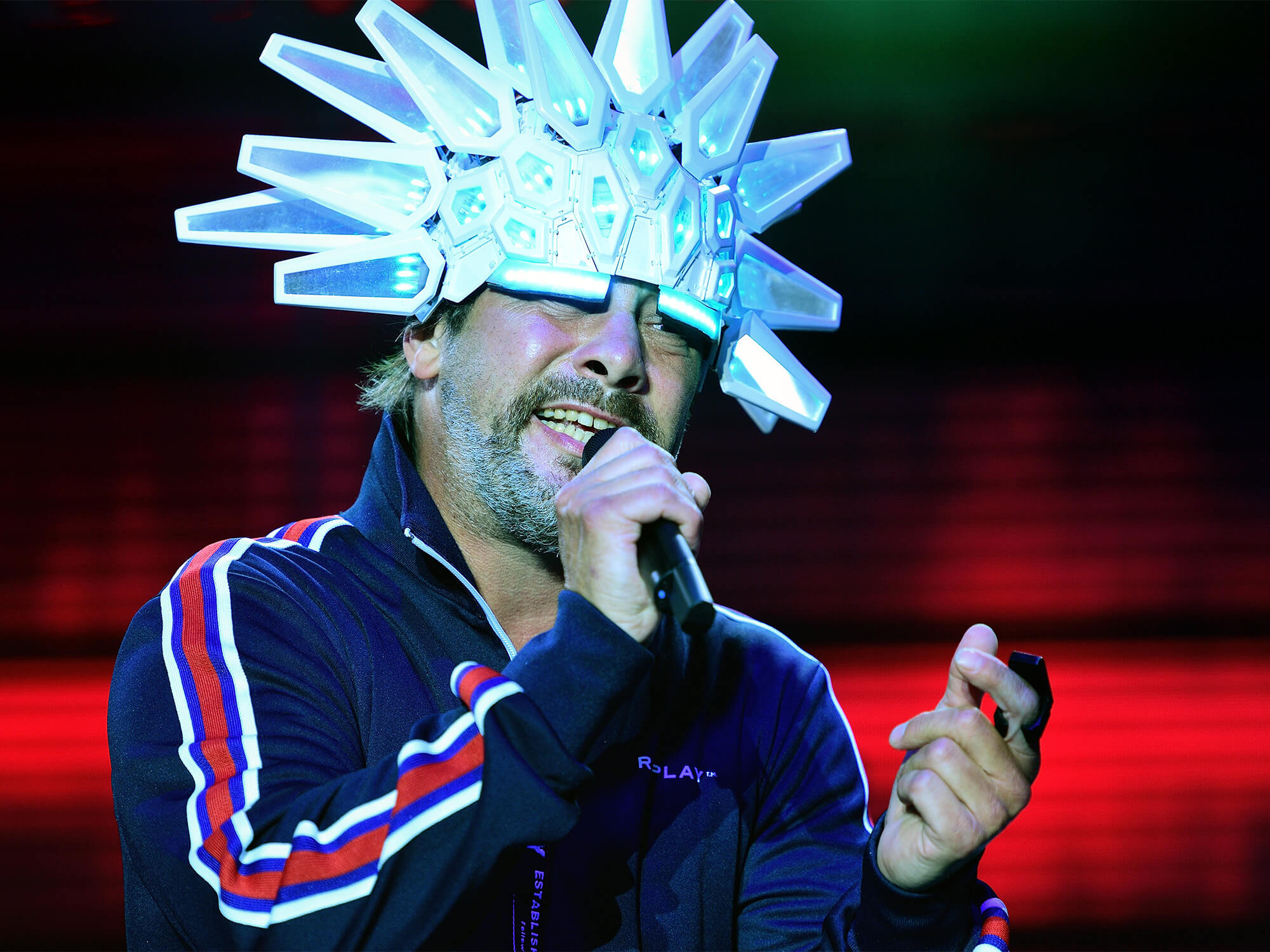 Jamiroquai’s Jay Kay has opened up on his dream collaborations and his admiration for Tyler, The Creator.

The frontman of the house-meets-funk band spoke of his desire to get back in the studio and the artists he’d like to work alongside on future projects, as well as talking about his SSL 4000E which he very nearly sold for five grand.

Speaking to Zane Lowe for Apple Music 1, Kay spoke of how “There’s nothing left to do but go in the studio” in the UK “because it’s crumbling to pieces” and revealed the artists he most looks up to right now.

“If I could shout him out, Tyler, the Creator…  we’ve hung out a couple of times when he’s been in London. What a wicked guy he is. And we sat down and we listened to all sorts of stuff from punk, rock, jazz, I mean everything. He really has got his head out there,” he said. “As is – I might add as well – is another guy who we will work [sic]. We just haven’t got the chance to hook up yet, is Thundercat.”

He also noted that he’d love to work with chart-topper Dua Lipa one day, as he feels they “could make some magic” and that the “stuff” they do is “on the same kind of level.”

The soulful twist on Jamiroquai’s music which made them so successful comes from their dab hand at production, and their use of exciting vintage gear. Kay spoke of his SSL 4000E with G-Series channel strip hailing from the late 70s, which he saved after two years of having it under a cover and out of use. “It’s just so organic,” he told Lowe.

“At one point, I was gonna get rid of the desk. Nobody used them anymore. I remember someone saying to me ‘you’ll probably get about five grand for that, mate’ and I was like, you know what, that is an old French, lovely desk and I don’t wanna get rid of it.”

At the end of his chat, host Lowe glowed about the success and long reign of Jamiroquai, but Jay Kay candidly admitted, “I’m fairly battle-scarred, to be fair. I’d be lying if I didn’t say up here, in this brain of mine, it’s had a few battles of its own.”

Watch the full interview below: