Injured pianist returns to the stage thanks to ‘bionic’ hand

The gloves were specifically developed for the pianist. 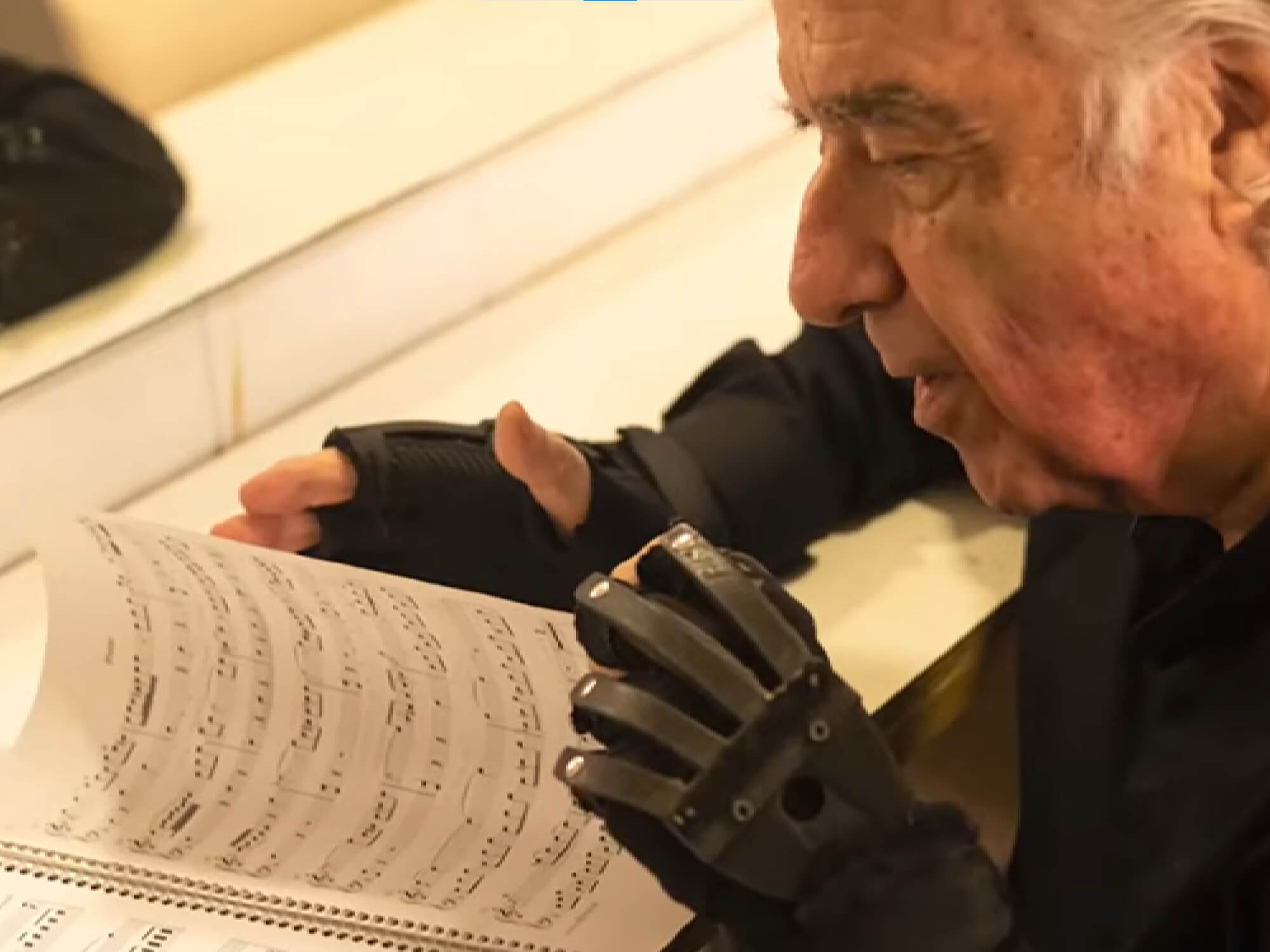 Martins made his triumphant return on 19 November, 60 years after making his debut at the venue after being provided with the gloves in 2020. The gloves were specifically developed for the pianist, with Associated Press explaining that the gloves assist to “bump Martins’ fingers upward after they depress the keys”.

The neoprene coves a 3D-printed frame within the glove that supports stainless steel bars extending over the fingers. The bars are inspired by the rear-suspension system of a Formula One car and will pull Martins’ fingers back up after touching the keys – where they would merely lie flat before.

Speaking to the New York Post ahead of his concert, Martins described the glove as “a palliative solution,” adding that scientists and neurologists will still need to find a solution for focal dystonia, especially for musicians.

Martins also said of his last concert in 1998, “If a camera had been in front of the piano, it would have seen tears running from my eyes. I knew that three days after the concert, I would lose [use of] my right hand.” Martins suffered from focal dystonia, gradually worsening until his decision cut his ulnar nerve on his right side following the concert. As the nerve controls the muscles in the forearm and hand, Martins was forced to retire and eventually found new life as a conductor running music programs in Brazil for underprivileged teens.

Martins told the outlet that following the surgery, he “could not imagine that I was touching the keyboard with my 10 fingers again,” when trying the gloves for the first time. “The first thing I did was play a Chopin Nocturne, then Bach, and then, I went all the way. I could not wait,” he said, jumping to a piano to demonstrate his found-again skills.