Vincent Fenton also talks spatial audio: “If I put a lot of time into [using Dolby Atmos], then I want as many people as possible to enjoy it, including myself.” 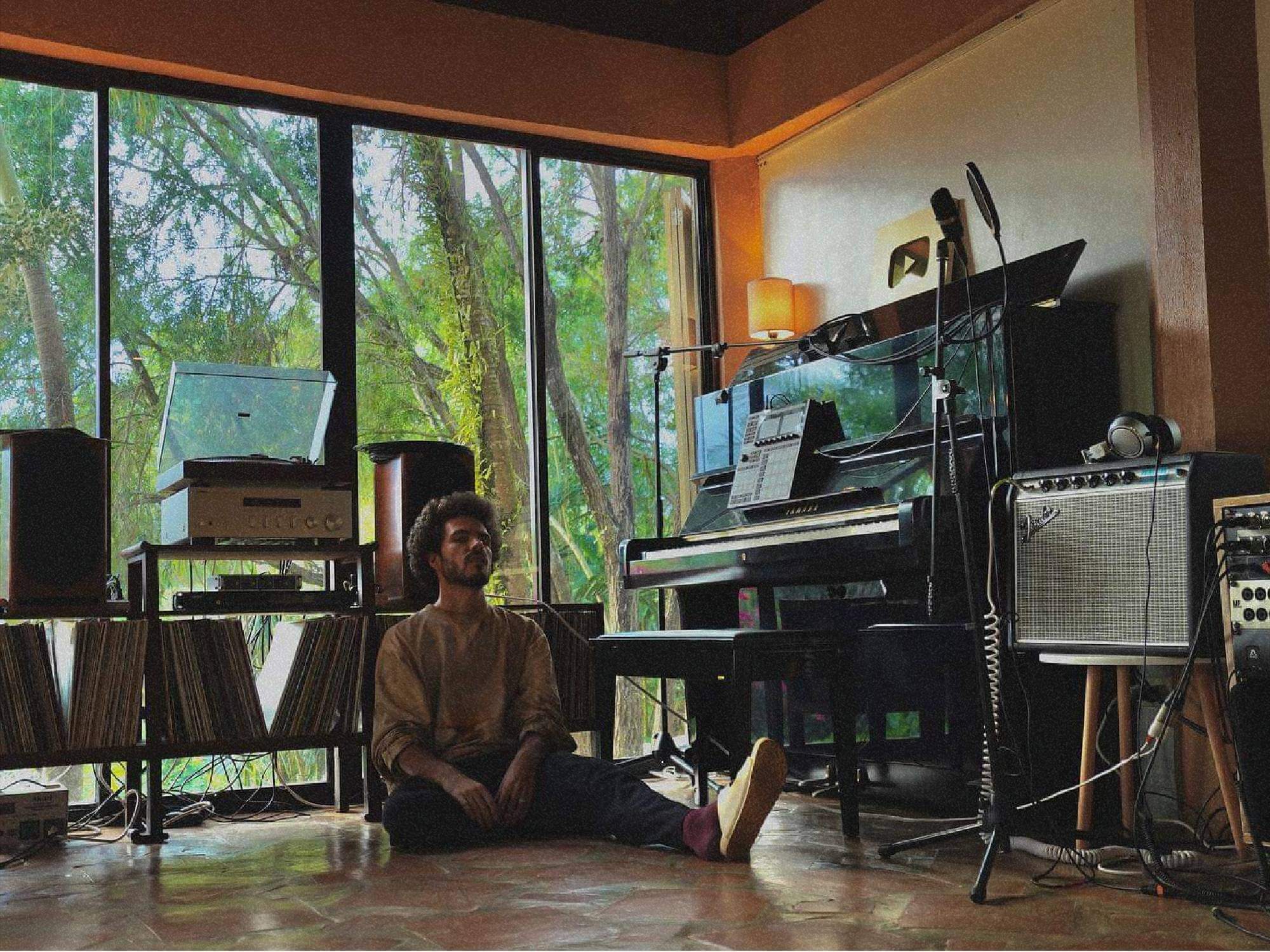 French electronic music producer FKJ has shared details of his studio workflow and process, given his thoughts on spatial audio and explained his experience with option paralysis – a phenomenon that can stem from having too many production tools available.

The producer and multi-instrumentalist, whose real name is Vincent Fenton, offered insights into the making of third album V I N C E N T in a new interview with MusicRadar. As he made the album during the COVID-19 pandemic, he talked about the unconventional shifts in his process when it came to playing and arranging drums.

“The difference in sound and rhythm came from me getting some new toys, really, and those new toys opened new doors for me in terms of sound design,” he said. “I was able to play and change those patterns on the modular in real time rather than just having the same sounds looping […]. I got my first drum kit during the pandemic so I would layer that and the modular percussions together.” [sic]

Joined by Oli Morgan of Dolby Atmos, FKJ also discussed his future when it came to Atmos, having stem-mastered V I N C E N T in the format. The artist’s background in cinema, he explained, also positioned him perfectly to understand its potential.

“If I put a lot of time into [using Dolby Atmos], then I want as many people as possible to enjoy it, including myself,” FKJ said. “I studied sound in cinema so, back then, I was mixing sound for the image in 5.1 and even in 7.1 sometimes. So, it’s nice to come full circle and finally be able to do that with my own music.

“Sometimes in stereo, you have to limit yourself or maybe there’s too much going on and you can’t space it out anymore, but with Atmos you can keep adding things without it feeling overcrowded.”

V I N C E N T, which features contributions from such guests as Santana and Little Dragon, was recorded with little to no MIDI, with FKJ instead choosing to work directly from audio sources.

“I don’t think there’s any MIDI on this album,” he reflected. “It’s all coming from audio sources. It’s more fun to work that way as I find clicking on a laptop very uninspiring. I just want to enter the room and start playing straight away, as that’s where the inspiration comes from.”

As he explained, FKJ holds a firm view that too many options can damage creativity. “I don’t really buy plugins because I prefer having a limited number of things, and doing lots with those,” he explained. Currently in the process of building a new studio for himself, the environment, not the gear, proved most important. “I’ve been doing this for eight years, so I have a lot of instruments now,” he said. “I could have way more, but I just like focusing and exploring a bit of gear as much as you possibly can.

“I think it’s dangerous to get too much gear,” he continued. “I love limitations. It would be an interesting concept to make an album with just a set amount of gear. I think limitations can be inspiring and too many choices can be overwhelming.”