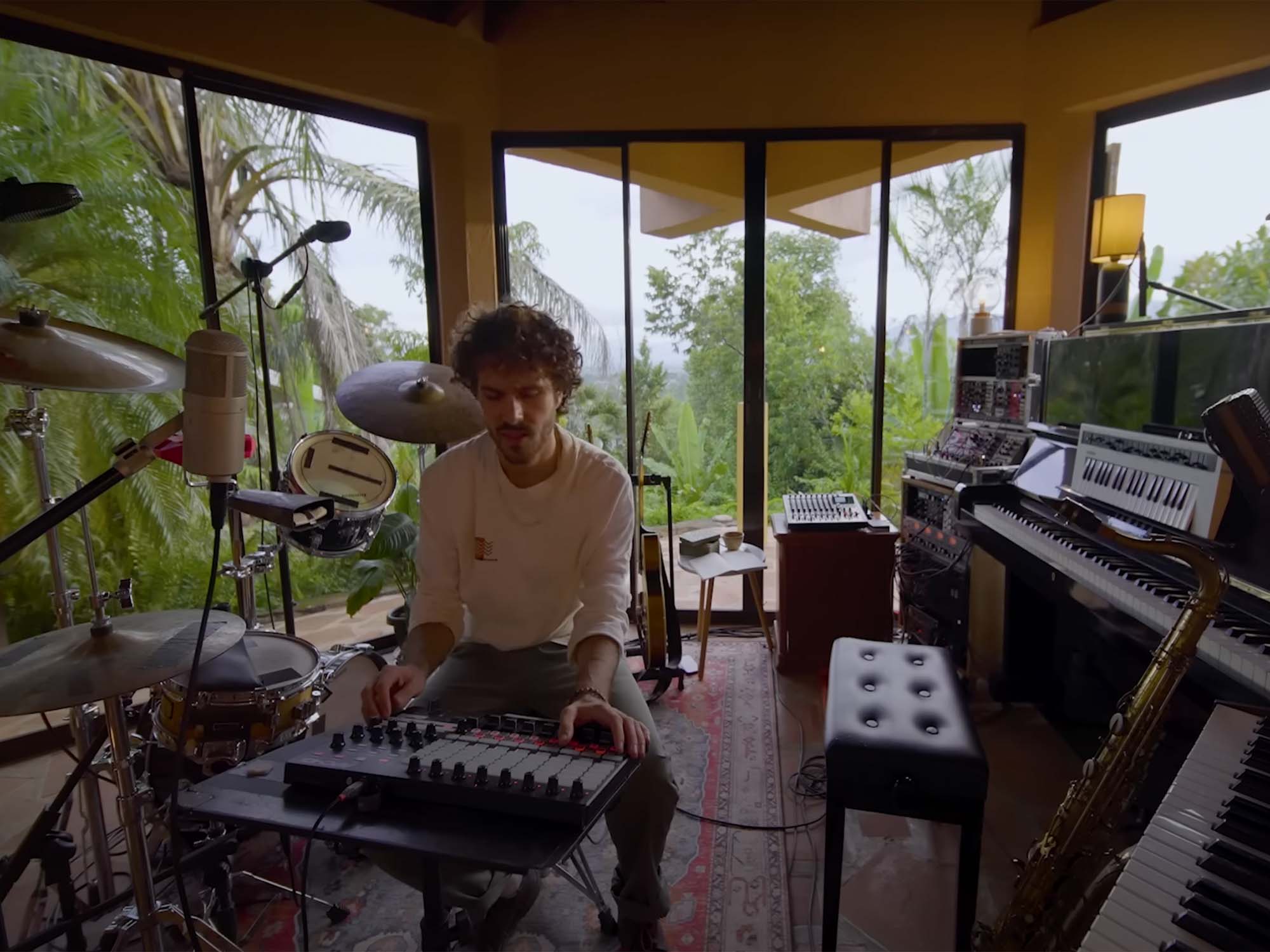 The set list hosts tracks such as New Life and Ylang Ylang and sees FKJ clambering from piano to his Akai APC40 MKII, to a Yamaha Reface CS, then over to guitar and more, providing 17 minutes of lusciously layered grooves and beats.

Viewers in the comments on YouTube expressed their joy at more people discovering FKJ through the set and noted a background appearance from his wife and fellow musician ((( O ))), and their baby twirling along to his performance outside the studio window.

You can watch the wholesome performance below:

In an interview with GQ, FKJ spoke of how he ties his use of modern technology with his soulful groove stating, “I’m really passionate about both – about composition as well as the more technical sound design. I don’t see myself running out of ideas, because there’s just too much, with these two things combined, that can be done. It’s infinite. Sound design is a hell of an inspiration.”

He also spoke of how moving from Paris to the Philippines shifted his craft to leaning into creating soundscapes inspired by nature rather than the chaos of city life, “I’m making a soundtrack for an environment that is very different. It’s nature, and it’s contemplation, it’s calm, it’s magic and beauty.”

To catch FKJ performing live, you can get tickets to see him here.