Finneas on working with Johnny Marr and Hans Zimmer on No Time To Die theme: “I was prepared for them to boss us around” 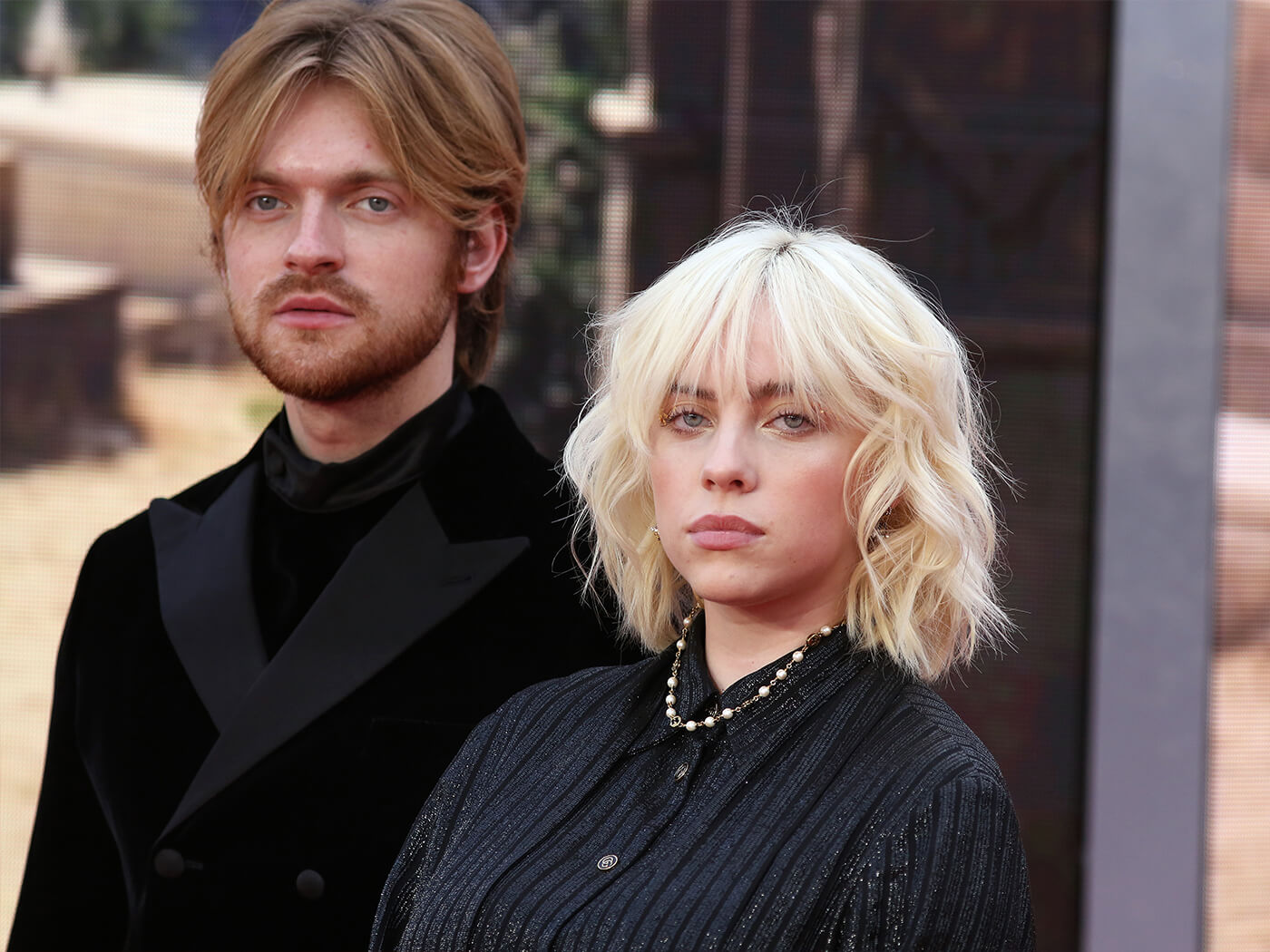 Finneas and Billie Eilish at the world premiere of No Time To Die, Photo: Lia Toby / Getty Images)

Last January, Finneas and Billie Eilish were announced to produce the theme song for the highly-anticipated No Time To Die, the film marking Daniel Craig’s last onscreen outing as super-spy James Bond. In a new interview, Finneas discussed creating the Grammy-winning track in an alliance with scoring superpower Hans Zimmer and rocker Johnny Marr.

Speaking to NME, Finneas revealed how humbled he felt working with Zimmer and Marr, initially thinking the two would end up masterminding the entire track, given their veteran statuses.

“I was prepared for them to boss us around before I’d ever met them,” the 24-year-old producer said. “They’re so experienced and I just thought, ‘We’ve never done this before, they would have a right to go, ‘Listen, we’ve done this a million times – this is how you do it’.”

The young producer’s expectations were countered, as the experience turned out to be an incredible collaborative one. “At every turn, they were generous and they were excited to hear our ideas. It was just a real joy.”

Marr, who achieved fame as the guitarist and co-songwriter of The Smiths, is no stranger to film scoring, having performed on soundtracks for Inception and The Amazing Spider-Man 2.

The legendary musician sang praises of the young musicians, telling NME: “Finneas is a modern man. He makes records in a modern way. He’s seemingly always inspired. He’s created some really classic songs and there’s no naivety there. Let’s put it this way: [he and Billie] would have been able to hold their own in any era.”

No Time To Die, after much delay – due to the departure of director Danny Boyle and later the COVID-19 pandemic – premiered on Tuesday (28 September) at the Royal Albert Hall in London.