FINNEAS on his “ruthless” approach to editing: “Billie and I will record thousands of layers of something – and then cut almost all of it out”

“The less of something there is, the more you value it. It makes the parts where there is music so much more exciting.” 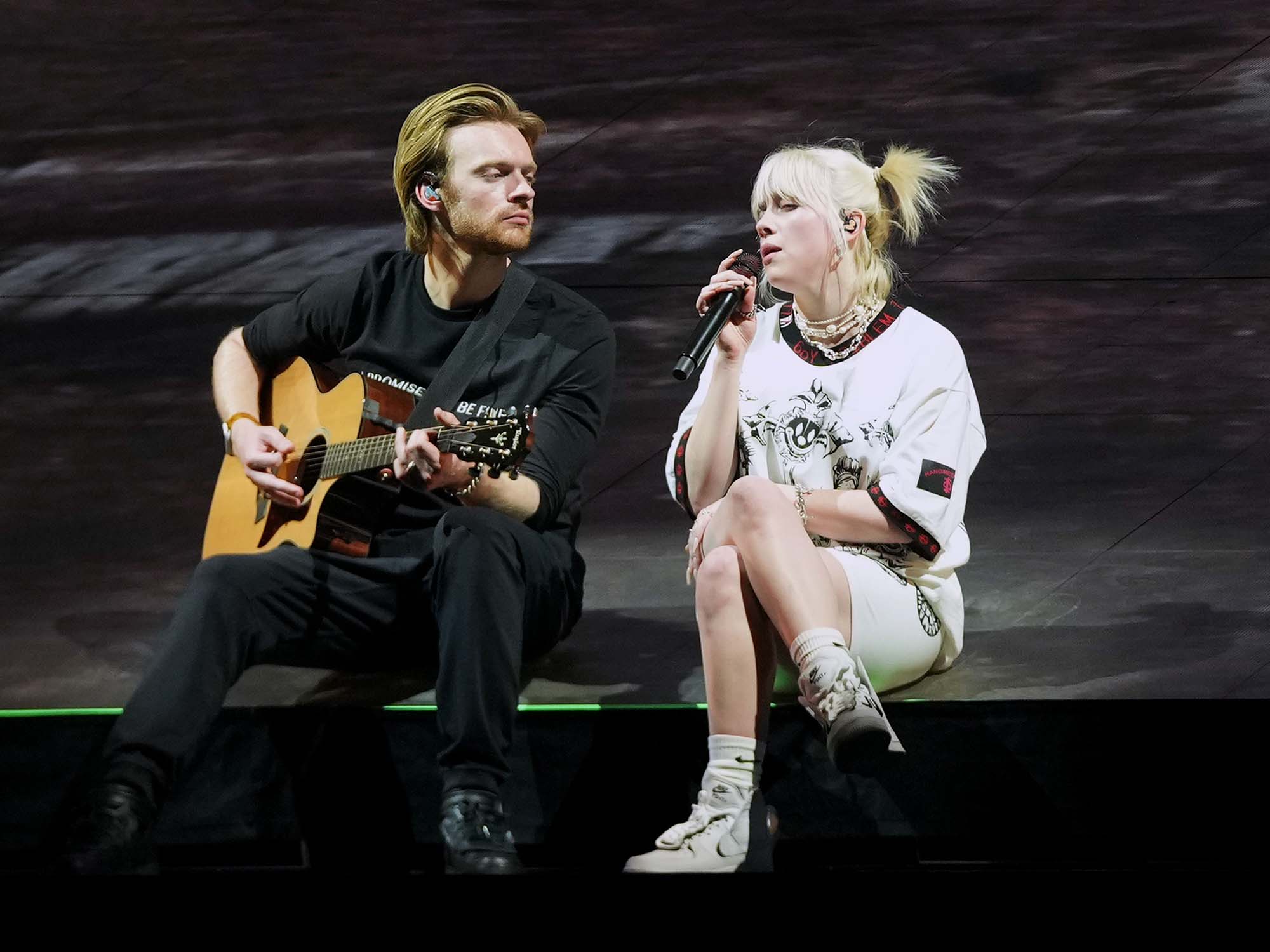 FINNEAS has discussed the approach to editing often applied by him and his sister, Billie Eilish, when it comes to their projects.

In an interview with Gold Derby, the Grammy- and Oscar-winning songwriter and producer spoke about his “ruthless” editing techniques on projects such as James Bond, as well as his most recent compositional project, the soundtrack for Megan Park’s 2022 film The Fallout.

“Billie and I, my most common collaborator, we’re ruthless when we’re editing stuff. We will record thousands of layers of something and then cut almost all of it out. I’ve gone on the record when we recorded the orchestra for James Bond, when we cut 70 per cent of that out, leaving just parts of it.”

Finneas instead notes that it was “satisfying to be on the other end of that”, when it came to his recent composition for The Fallout, as he created almost double the amount of music needed for the film.

“As the music editor moved in, we would say we don’t need this we don’t need that. I thought it was great. The less of something there is, the more you value it. It makes the parts where there is music so much more exciting.”

The producer has also spoken about the honour of composing and recording the James Bond theme tune.

“We wanted to do a James Bond theme song so bad, and we thought maybe it would happen if we were lucky someday.

“We never imagined that we’d get to do it so young as we did it, but it was the perfect opportunity as Daniel [Craig] was making one more film, so we convinced them to let us audition for it.”