Eurythmics have been tipped to reunite for 40-date world tour 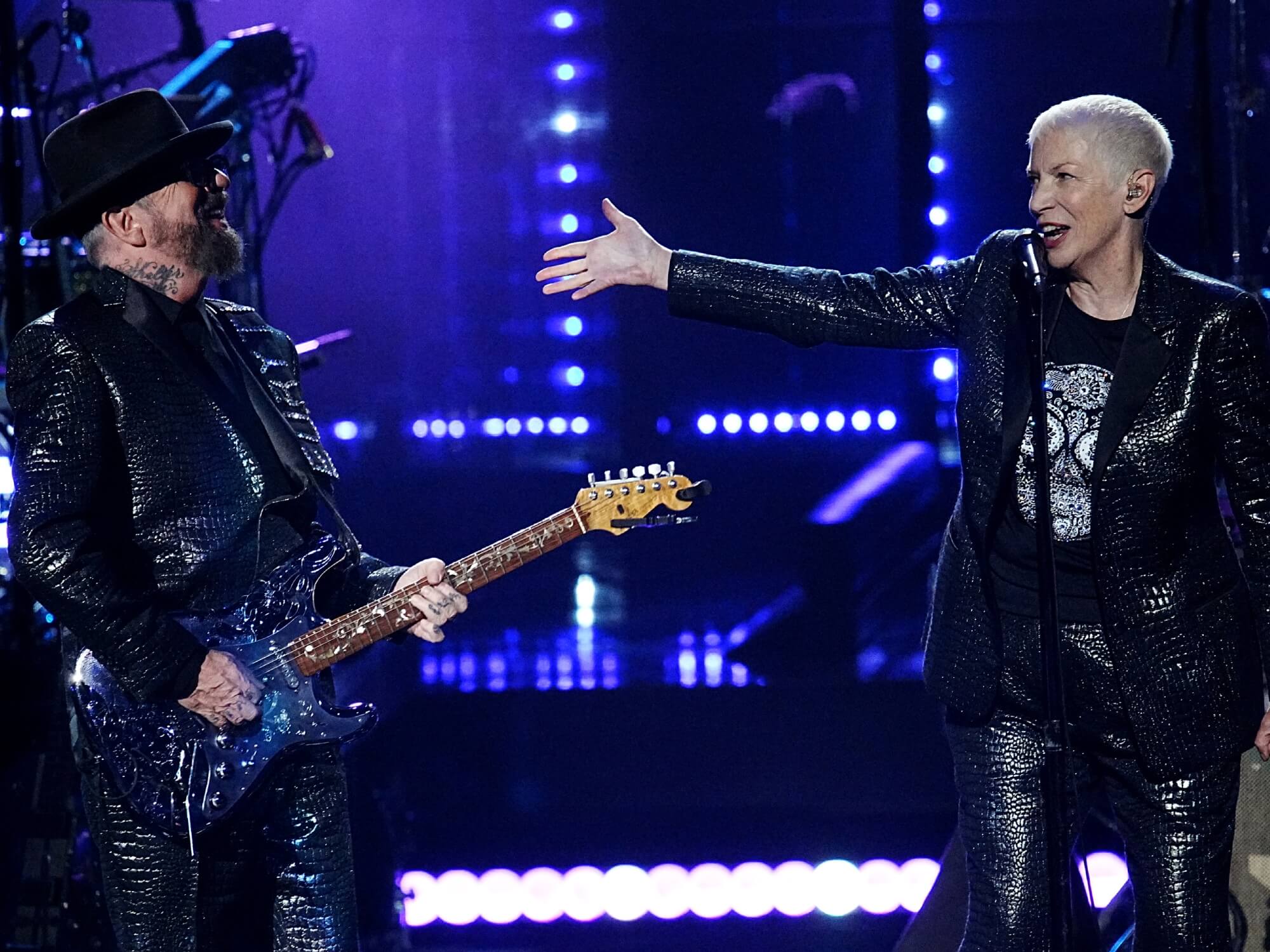 British pop duo Eurythmics have been tipped to reunite for an extensive world tour following their Rock ‘N’ Roll Hall of Fame induction and performance earlier this month.

The Sweet Dreams Are Made Of These hitmakers have been tipped by Daily Mirror’s James Ingham to reunite for the tour, which is expected to see the duo performing 40 arena tour dates across the world. Ingham claimed that the tour is expected to gross £100 million in revenue, though he also clarified that nothing has been agreed upon just yet.

According to Ingham’s anonymous source, Eurythmics have been offered “a huge amount” to reunite for the tour. Their performance at the Rock ‘N’ Roll Hall of Fame ignited interest among promoters to see them hit the road again, Ingham’s source explained, noting that “Nothing is off the table, including a brand new studio album.”

“It is very early days but everyone is excited to bring the project to life.”

Eurythmics have reunited on two occasions for one-off performances prior to the Rock ‘N’ Roll Hall of Fame induction, performing the Beatles’ The Fool On The Hill for the 2014 The Night That Changed America: A Grammy Salute to The Beatles event and again in 2019 for Sting’s 30th We’ll Be Together benefit concert. Annie Lennox and Dave Stewart released their eighth studio album Peace in 1999 following a hiatus that saw them developing their solo acts from 1990 to 1998.

It would be their final studio album, however, as the group went on hiatus again in 2005 following the release of their Ultimate Collection remastered greatest hits box set.

Earlier this year, Steward opened up about Eurythmics’ early recording process, sharing, “We’d decided to make our first album, In The Garden, with Conny [Plank], and that’s when I learned how interesting his experimentation could be.”

Steward went on to describe some of the techniques the duo had incorporated, including, “Dangling mics over the edge of a well, recording the drums 15 feet from the drum kit, and moving microphones around instead of using various reverbs.

“This was a great, great learning curve for me as a record producer,” he concluded.