Ed Sheeran on bonding with Eminem through cassette collecting: “It’s like a very cool pen-pal thing”

The pair regularly send each other rare tapes. 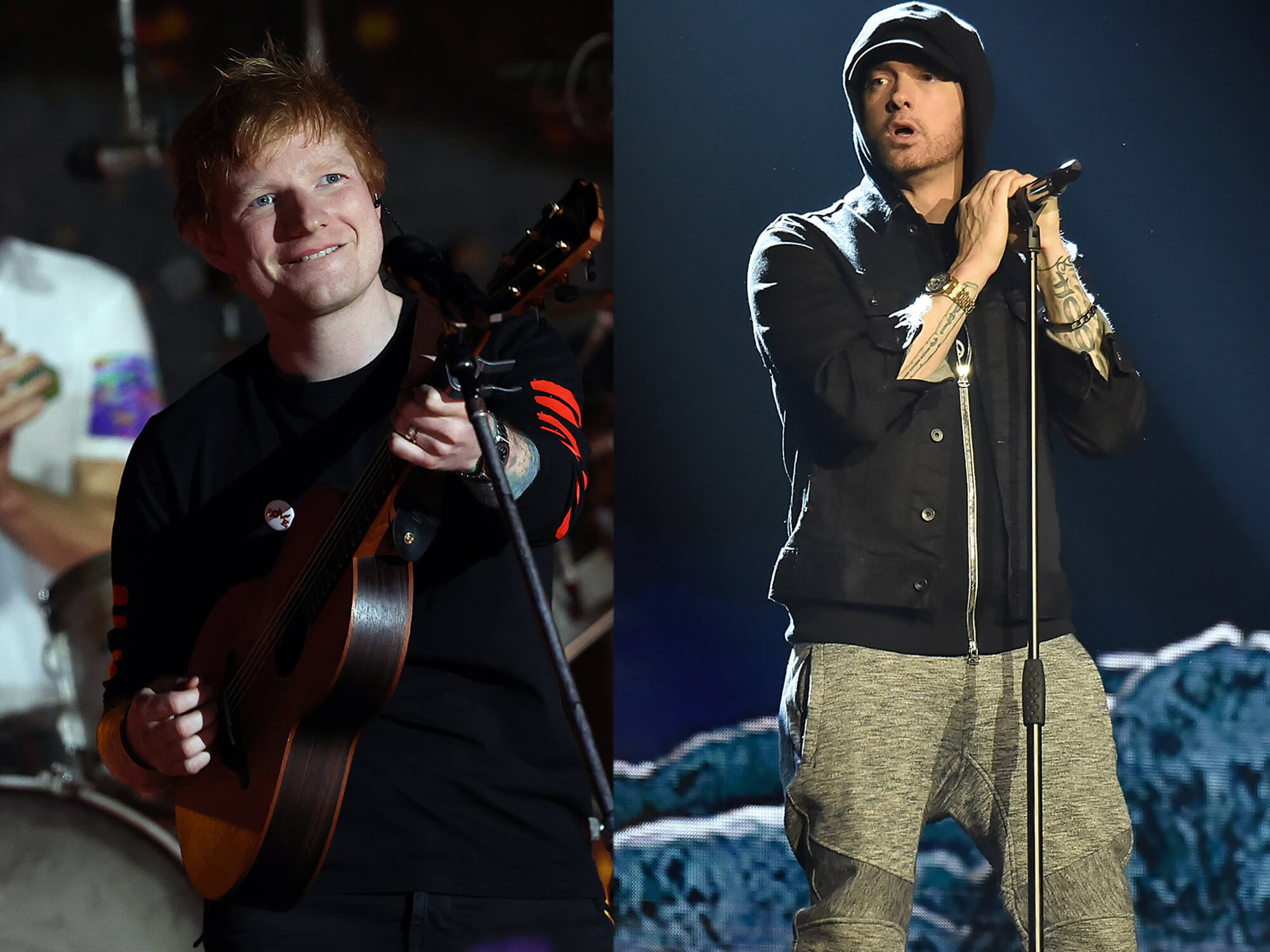 Ed Sheeran has opened up about his friendship with rapper Eminem saying that the pair bonded over a mutual interest in cassette collecting.

Sheeran spoke about being “pen-pals” with the rapper during a recent appearance on Later… With Jools Holland.

“I collect cassettes and I’ve got Ray Charles and Stevie Wonder and they are quite difficult to find,” Sheeran said. “The only person I know who collects the same is Eminem.”

“He is avid at going to find them. We have started having this, it’s like a very cool pen-pal thing. I got a message the other day [from Eminem] about an LL Cool J cassette. He said, ‘This is the cassette which made me want to start rapping’.

“I sent him Van Morrison and I will send him David Gray’s White Ladder next.”

Sheeran and Eminem have collaborated thrice since 2017 on the singles River, Remember The Name and Those Kinda Nights.

Back in 2015, Sheeran spoke at a New York fundraiser for the American Institute Of Stuttering about how learning to rap to Eminem’s music helped him get rid of a childhood stutter.

“My dad bought me The Marshall Mathers LP when I was nine years old, not knowing what was on it,” he said [per NME]. “I learned every word of it, back to front, by the time I was ten. He raps very fast and melodically and percussively, and it helped me get rid of the stutter.”